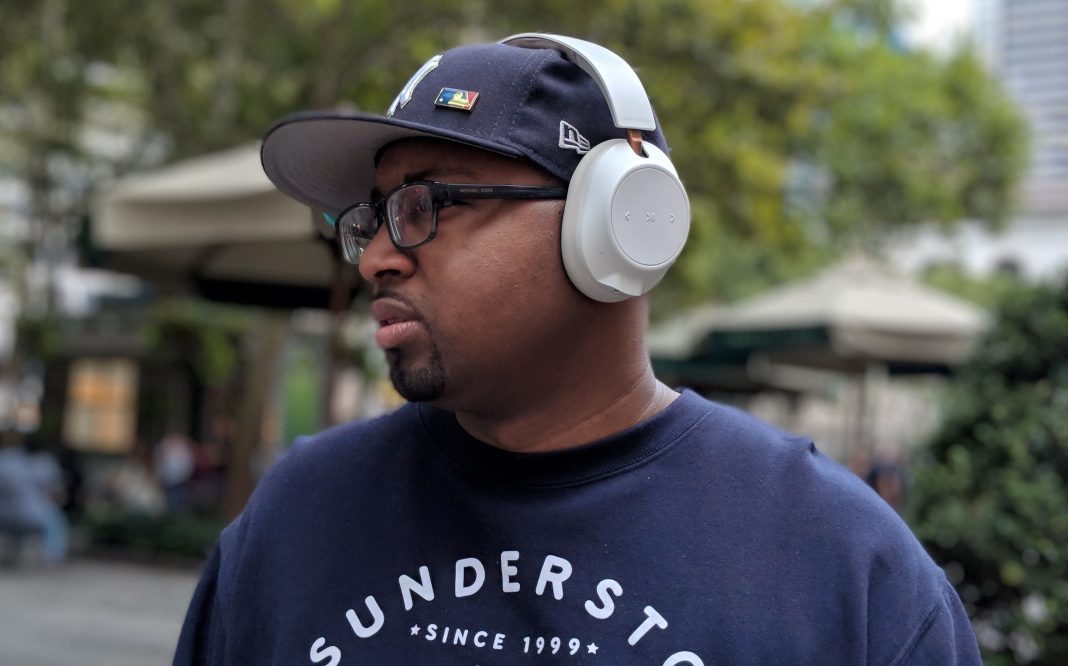 Couple months back we tackled Plantronics first entry into truly wireless earbuds and a pair of around the neck headphones. This time we will be looking at the BackBeat Go 810. This isn’t Plantronics first time at over the ear musical cans, but it is at this price point and this design. We have been dealing with the BackBeat Pro series for quite a spell, so it will be interesting to see how these hold up and if they can find a spot in the crowded over the ear headphones space. 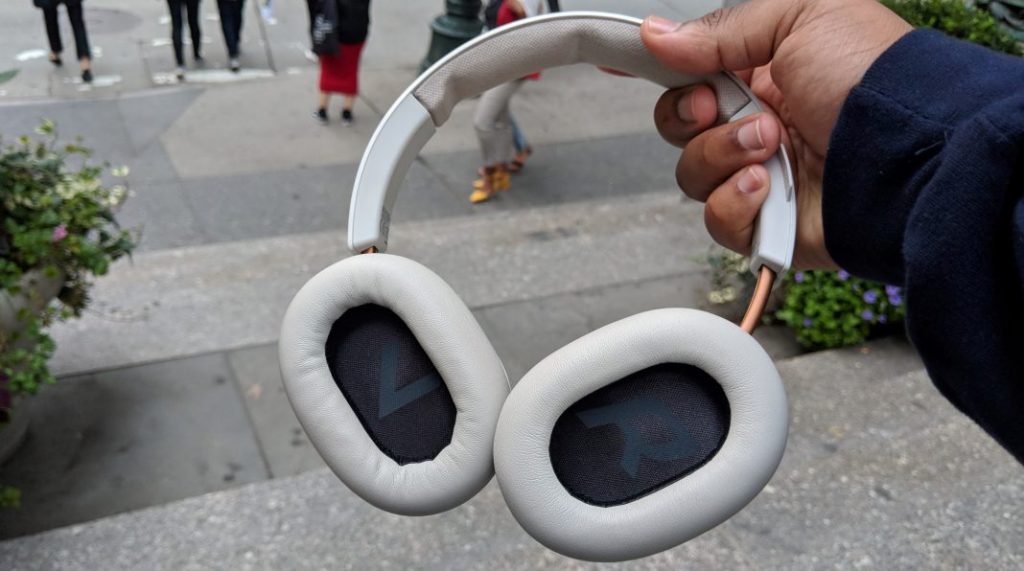 I been digging the colorway on these as the pair provided to me from Plantronics is Bone White. They have a two-tone vibe as the earcups have a slightly darker bone color that are soft memory foam mixed with leatherette. They feel nice on the ears, but the inserts can be a bit narrow. Thankfully I have small ears but for others they might not get that full coverage. Underneath the headband is a kind of woven fabric for support. The rest of the headband feels cheap and hard but what can you expect at this price. I do like the metallic copper that is between the headband and earcups though. There are two other colorways also such as Graphite Black and Navy Blue. 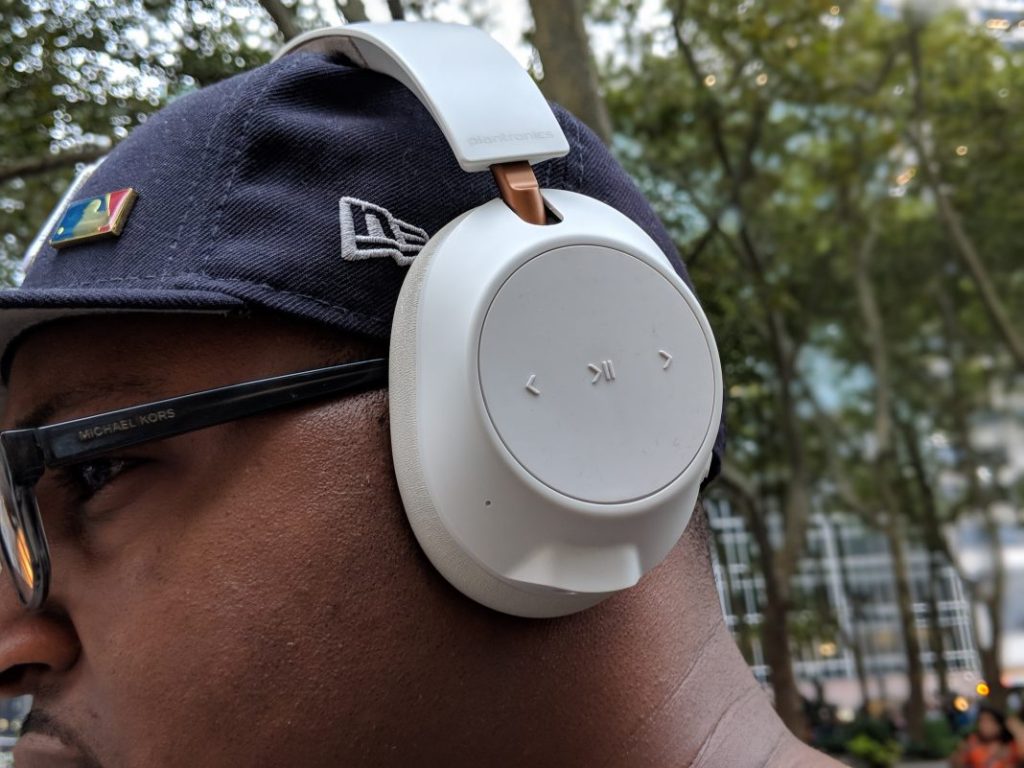 Speaking of earcups that’s where you get most of the functionality for these headphones. Left cup has buttons on it for play controls while moving your finger further down on the earcup you will notice the volume toggle button. There is also a headphone jack and the Go 810s charge via microUSB. At this point in the game I prefer Type C and hope PLT’s next iteration of headphones change over to this. Right side just features the power toggle which doubles as Bluetooth sync and there is a button to use for voice assistants. I found all the buttons to be responsive and clickable which didn’t cause a problem. 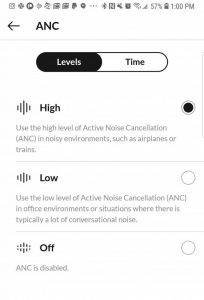 One thing Plantronics can tend to boast about and hold true is battery life. The PLT Go 810s are slated to last up to 22hrs with ANC and 28hrs without it. I have used it 99% of the time with noise cancelling on and can’t think of how many times I have charged these headphones up.

Go 810s utilize 40mm drivers which are typically found in PLT’s over the ear headphones like the BackBeat Pro series. They provide nice mids for clarity in vocals and overall sound, but I feel they lack in the bass department. They give you some kick but leave an impression like they could use a bit more thump for my ears, especially being active noise cancelling. The ANC isn’t bad but isn’t in the realm of say Sony or Bose with blocking most outside noise and keeping you immersed in your listening environment. These are also utilizing Bluetooth 5.0 which gives you a nice steady connection say when I was on my long daily train rides. Once I get off and start my walk distortion would seldom kick in which was irritating to say the least. I mostly used them with the Galaxy Note 9.

While you can do most controls on the headset themselves its good to have the accompanying Backbeat app. It gives you access to EQ settings (even though it’s just Balanced and Bright), and how much ANC you want. You can also shoot updates to your headphones, see connections, and toggle on HD voice for calls. If anything, it can tell you how much battery life is left on your headset which helps. 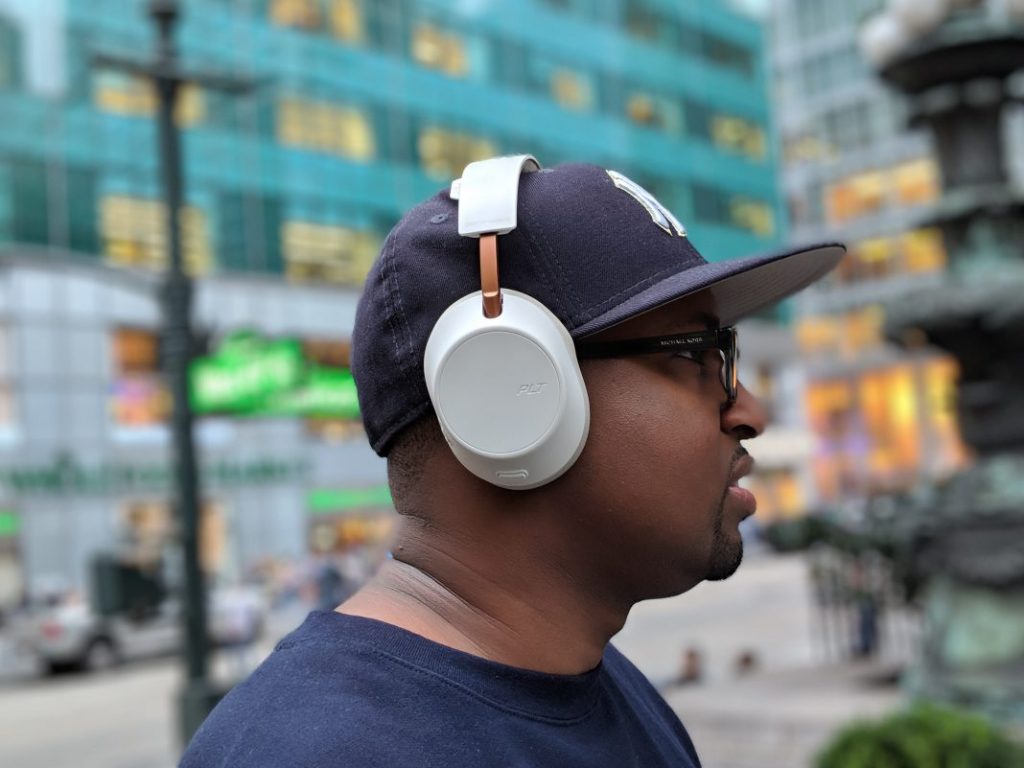 Having been a big user of the Backbeat Pro series which run around $200-250 its nice to see Plantronics cater to a consumer base that are looking for something in the $100-150 range with these being $150. Sound is good on the PLT GO 810s, but I just feel need more bass. Battery life is tremendous with 22hrs and the BackBeat app gives you some slight customization for changing settings. The headphones themselves just feel a bit cheap and earcups are plush and comfy for me but maybe too narrow for others. PLT Go 810s aren’t a bad choice if you are looking for some starter over the ear ANCs and looking to block some of the outside world away.