Now approaching it’s third year, Sony’s XM line of noise cancelling headphones are continuing to keep its position atop the premium NC headphone market. Bose dropped the fantastic QC35 in 2016 but realistically hasn’t made a successor yet as the QC35 II last year just added Google Assistant. This gave Sony ample breathing room to improve upon their headphones and give consumers a chance to try something different. After the release of the exquisite XM2 last year I wondered how Sony could improve with the XM3. 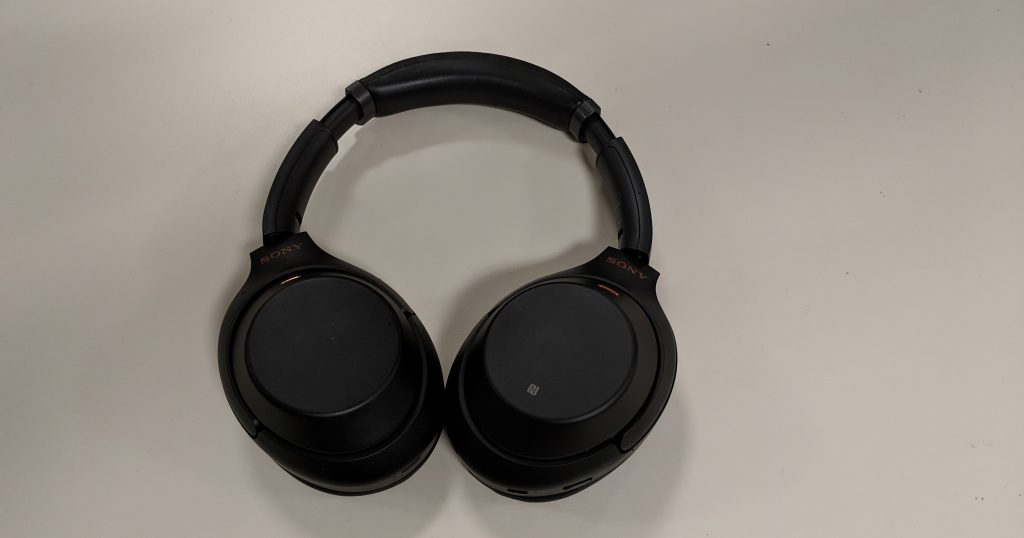 With the XM2 I went for the creamy Champagne Gold colorway but on the XM3 I went back to black. I usually like going towards the funky colors for headphones as they pop more but the sleek coolness of the XM3 drew my eyes with its gold accents alongside the Sony insignia. Sony managed to make the headphones a smaller profile than its predecessor but still maintaining the same earcup sizes for the most part. The headband now looks like one seamless piece rather then the metal and plastic divisions previously. Overall, I like how Sony cut down bulk on the headphones, but one design change I wish they kept was the faux leather. I enjoyed the feel and thought it assisted with using the finger gesture controls providing a better grip and touch. 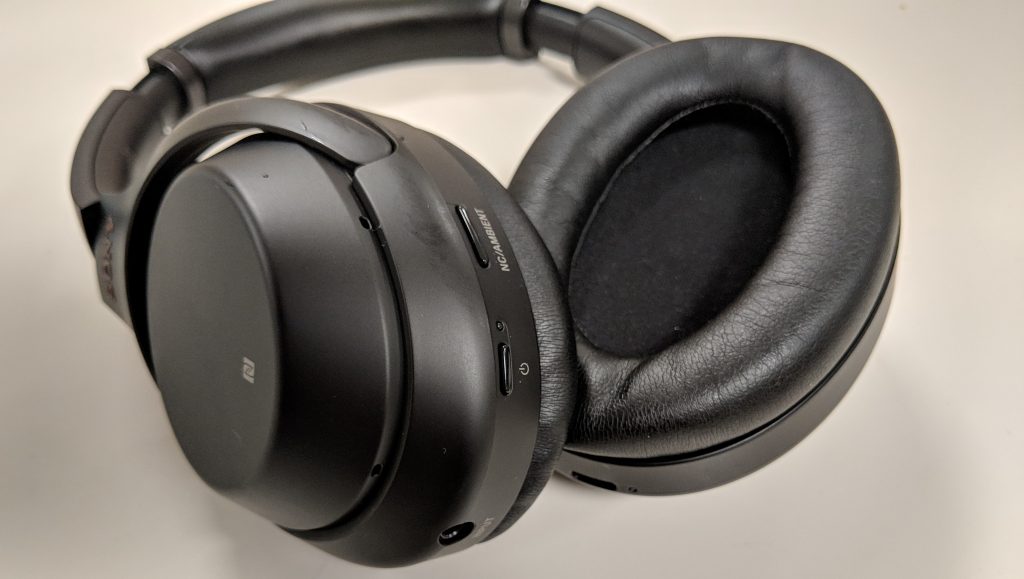 Sony did hear my prayers in swapping out microUSB for Type C. It offers faster charging and I can easily use my smartphone’s charger to achieve this. Battery is touted at being 30 hrs long and I feel it holds up to that as I don’t charge it all that much.  Also on the right earcup is where the gesture controls happen with Double Tapping to play/pause, swipe up and down for volume and left and right for track changing. Jump over to the left you get buttons for power and NC/Ambient. Buttons are easier to press since they aren’t flushed into the earcups like the XM2.

As far as I’m concerned Sony’s XM series is still king of the codecs when it comes to headphones. They utilize a great deal of them such as SBC, AAC, Qualcolmm’s AptX and AptX HD, and they couldn’t leave our their very own LDAC format. Just make sure you have a smartphone that supports it as the main phone I use like the Galaxy Note 9 only goes up to AptX while grabbing the OnePlus 6T it will take me to AptX HD or LDAC levels. If you can find a smartphone with a headphone jack like the LG V40 or G7 you can take advantage of the QuadDAC and will never look back.

When making calls the quality isn’t as good as I hoped. Echoes are created sometimes as being told by the other party and reception wasn’t always the best. Moving back to the XM2 and attempting the same call and conversation doesn’t produce these issues.

Sony still hits on all marks regarding the sound quality on the XM3. Bass thumps especially playing tracks like “Stunt” by Swizz Beatz. Best thing is you still get that clarity on vocals and the bass is present but sits a little in the background. As with the XM2 I couldn’t find much issue in this area of the headphones and frankly this is the most important part. If you need to make any adjustments to the equalizer or do some other tweaks make sure to download the Sony Headphones app. You will also get firmware updates time to time. Battery percentage is on there if you don’t happen to get this on your smartphone.
Using them to watch programming on Netflix such as Daredevil Season 3 and The Final Table the audio was precise and no hiccups or delay. Worst thing is watching programming and the audio lags. This held up perfectly with YouTube content as well.

In the past couple months using the Sony XM3 they have held up their end of the bargain regarding battery life. I use them frequently which is about 1 ½ to 2 hours a day on my daily commute via the train. I get a nice lofty 30 hours of life before plugging it back up via Type C. Noise cancelling has been great in blocking outside clatter around me. Only issue I had was with the finger gestures. The change out from the faux leather just doesn’t work as good for me or I got so used to it on the XM2 I can’t re-adjust myself.

Looking for a premium quality pair of headphones? Sony’s WH-1000XM3 are hard to look pass. Right now, within its price point and feature set nothing is touching it. Bose is outdated right now with the QC35/II and while the PX by B/W are great they lack some features. I go through reviewing many headphones but have always come back to these. Only gripe for me is the faux leather change out for touch controls but that will probably not bother most. If you want an excellent listening experience on the go its XM3 or nothing.