The sequel to one of my favorite wireless headphones has finally arrived from Plantronics in the form of the BackBeat PRO 2. Its been over two years since the PRO made their debut with follow ups such as the SENSE which was on-ear and the revised PRO+ which added PC support. While the PRO was the original battery champion it could have used an extra kick in the audio department. Did they resolve one of the most wanted fixes in the PRO 2?

First up if you are used to the PRO you will notice the slimmer and sleeker profile. They cut down on the weight and size to make it much lighter on the head and also not stick out so much. You don’t have as much as a gap as you did anymore  around the head area and is also makes it more snug and comfy over the ears. Like the PRO you get soft plush over-ear cups this time in brown to accompany the flexible and breathable headband. To go along with the flexible headband they made a slight hinge to stretch out or in to coordinate with head sizes. Also the earcups swivel in and out but don’t collapse in. 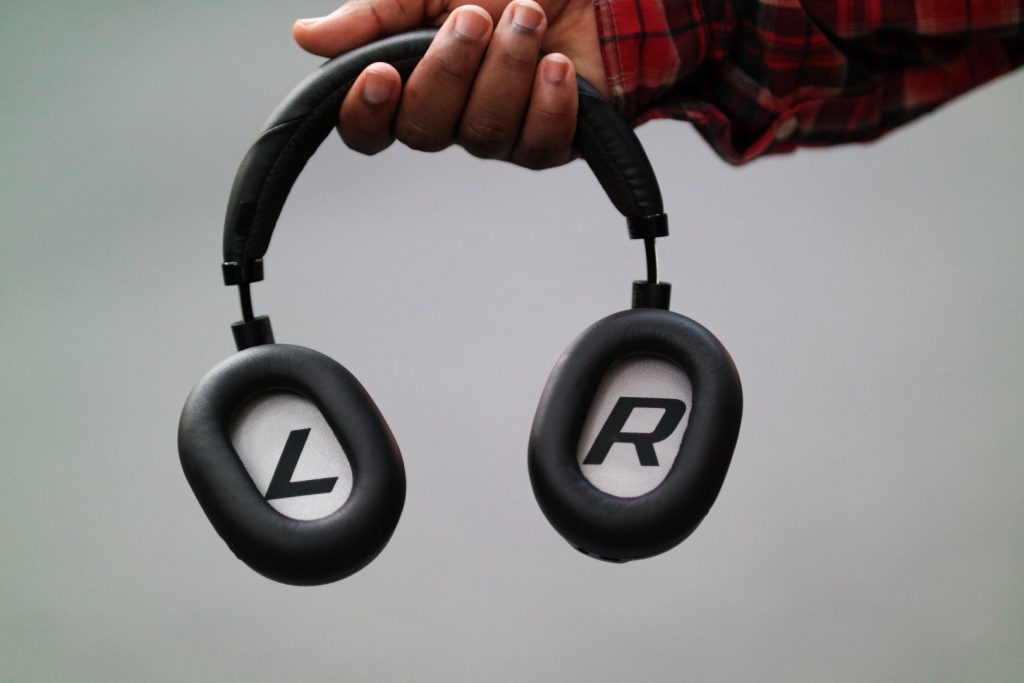 Each ear cup houses a bevy of switches which don’t luckily stick out too much and are rather meshed in. The left ear holds most of your functionality with it having a volume control dial, play/pause/ff/rwd buttons and the switch for ANC. That switch has three options which is ANC ON, ANC OFF, and Open MIC. Switch over to the right side and you get the ON/OFF Switch(also used for bluetooth sync), mute button for calls, microUSB port for charging and 3.5mm jack if you want to go wired. The right earcup also has a button that can be used to answer calls and if held can activate voice control ala Siri for iOS.

I like the brown colorway of the PRO 2 as it has this classic feel to it and you don’t see this color much on the market anyway particularly for headphones. For some reason also the big “L” and “R” lettering plastered in each earcup were cool looking to me .

Like the prior PRO there is a laundry list of options available with the PRO2. As mentioned earlier, Open MIC gives you the ability to hear everything around you amplified without actually taking the headphones off. Pretty good if you are on the train trying to catch the latest announcement, be more aware of your surroundings or maybe at the store you can hear the cashier. The PRO 2 also has active sensors which can detect when you remove and put on the headset. While doing that your music will pause and putting them back on resumes your listening. The sensor seems to be in the right ear and make sure it is placed on your ear properly. 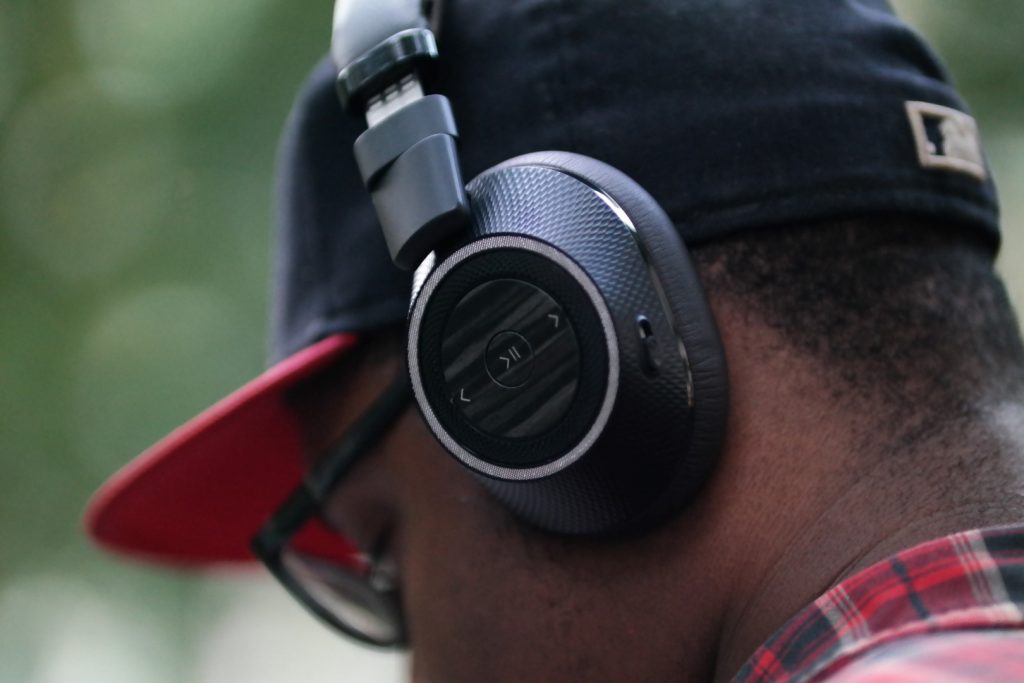 Battery life on the PRO 2 is some of the best I experienced on wireless headphones especially those with ANC. It states about 24 hours of battery life and I would hold them to it. Since I unboxed the PRO 2 exactly a week ago I haven’t charged them yet. As I last checked I’m sitting on 50%. I used the PRO2 between two smartphones to test out the dual sync. The Nexus 6P and iPhone 7+ gave me no issues and I could hop from either one with both paired.

The PRO2 comes with a 3.5mm audio cable as well as a microUSB charging cable placed inside a dual zipper soft pouch. If you want a bit more premium there is also the PRO 2 SE which has everything mentioned but also includes NFC, a more polished silver finish and hard casing for storage. 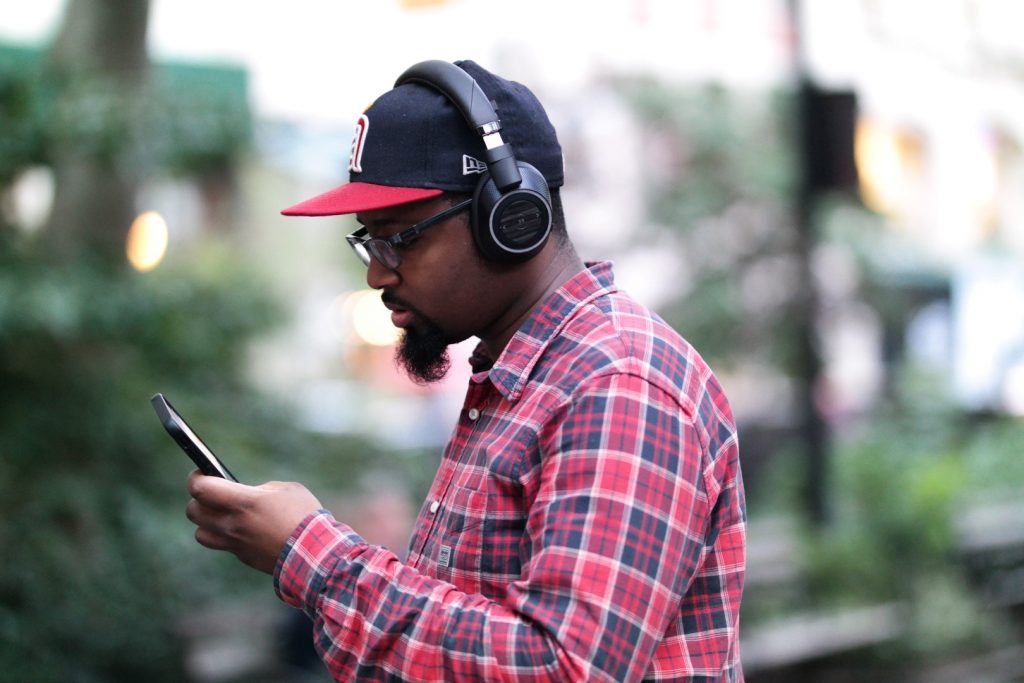 So while the PRO had good sound there was always this request for them to be just a bit louder and also they needed some bass. So of course first thing I do is crank these bad boys up and play some Deadmau5 and also ASAP FERG which have some punchy tracks. Issues were resolved in both departments and I been pretty pleased with the results. I rocked with ANC 99% of the time and really only tested out ANC OFF for sound differences. I find it best to leave it on and you don’t have to worry about cooking your battery anyway. The ANC has gotten better but I still found the BOSE QC35 to run the gamut in that department. But then again you are looking at an extra $150 wallet hit as well.

Is BackBeat Back With Another Hit?

Plantronics has definitely hit the mark in the wireless headphones department. They improved on their previous headphones not removing anything while giving you a better sound profile as well as slashing the price down at the same time. ANC is good but could be slightly better. You aren’t missing out on too much though. PRO2 are comfortable on the head and kill it in the battery life realm.