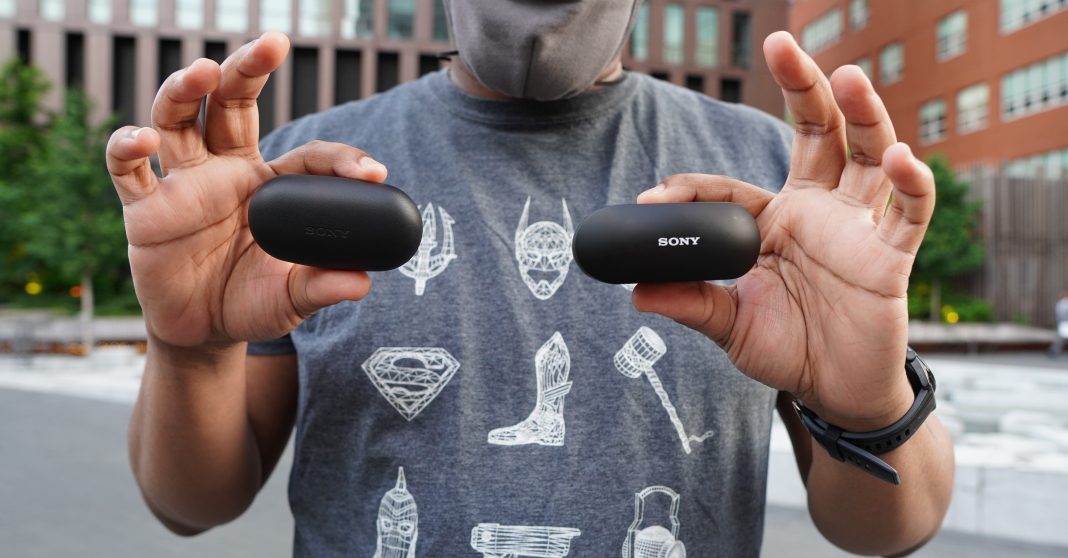 This year so far Sony has released not one but two different pairs of truly wireless earbuds. They both look to be aimed at different markets based on their features but most important is the prices. Sony’s WF-XB700 cater to those that want to get into Sony’s true wireless lifestyle but not pay their prices. The WF-SP800N on the other hand are feature-rich and should everything to satisfy the music listener and fitness junkie in you. But which one will work for you between the two?

While these are both wireless earbuds designed by Sony their styling slightly differs. The first thing you will notice is the size of the cases. The SP800N has a similar look to prior Sony cases being curved and quite bulky. Big enough to leave a slight budge in the pocket. I have tended to throw them in a bag. The XB700 case on the other hand is super compact and seems to shave about half an inch off space. These you can easily put in your pocket and not even realize they are there too much.

Both cases do feature Type C charging though and have magnetic prongs that will secure the earbuds upon contact. When charging, the XB700’s lid is rather translucent so you can see the charging indicator lights coming straight off the buds. The SP800N on the other hand has a small led indicator light right on the front.

Rocking each set of earbuds, the comfort experience was definitely different. XB700 went for the usual pop in your ear method but they stick upward in the ear rather than outward while the SP800N stick out but provide extra security thanks to its arc support. I found the SP800N not providing discomfort over long periods compared to the XB700. Also, they weren’t prone to loosen up on me over time especially doing various workout activities.

Speaking of activities, the XB700 has an IPX4 rating while the SP800N is utilizing IP55. Mainly means the higher number will have more resistance to things. But this really matters only depending on what you plan on doing.

This is where SP800N takes the helm compared to the XB700. SP800N has active noise canceling with ambient sound, touch controls, and app support. The last one being most important as you can change the EQ, customizable the controls, and most important get updates.  XB700 is pretty barebones in comparison.  Neither one has NFC which for me is disappointing since I always enjoy using it.

Both support Bluetooth 5.0 but Sony’s SP800N also touts a better chipset for better sound and connection. Realistically using both I can’t remember either one distorting or disconnecting which is a plus.  Codec support for both is SBC/AAC.

As far as audio, XB700 uses 12mm drivers while SP800N has 6mm drivers. Now you see the higher number and you will expect better sound, right? XB700 pushes that EXTRA BASS to the limit thanks to those higher numbers in the drivers. But the SP800N overall sound better. XB700 seems to hide its vocals behind all that bass while the SP800N sound is more balanced and hits you with just the right amount of everything.

It’s great to see Sony has decided to bring its true wireless offerings to a broader audience. Its XB700 gives you a nice taste of earbuds with some omissions which you may or may not even care for. But if you want the feature feast than the SP800N gives you just about everything you need in wireless earbuds imaginable. In the end, it really comes down to your wallet if you want to pay $129.99 or go a bit further at $199.99 and get more bang for your buck. Both are available in various colors. Also, make sure to check the individual reviews for both below.