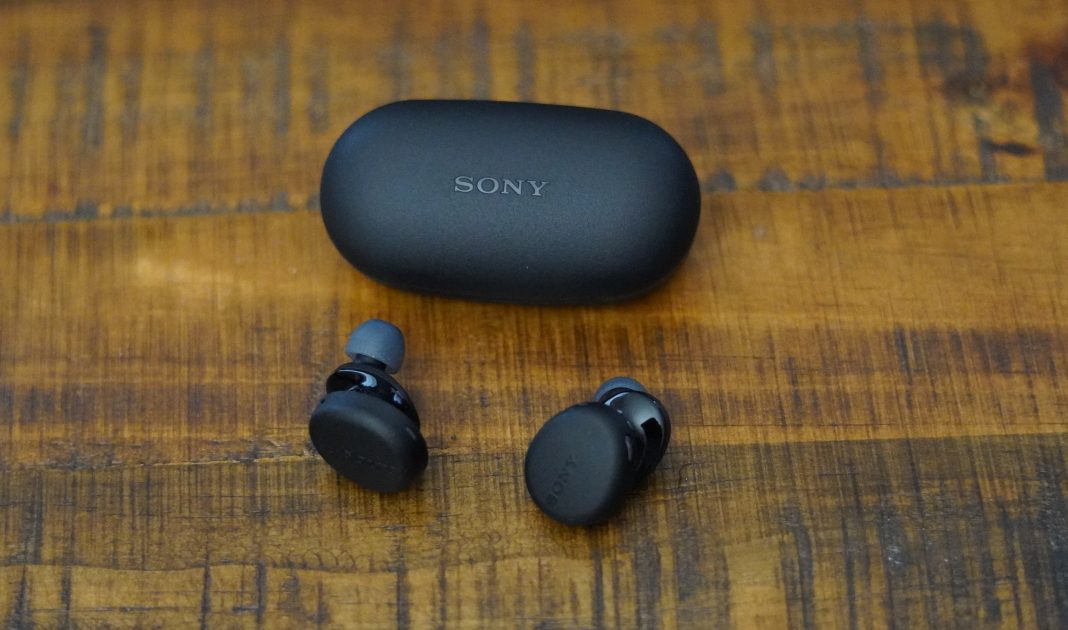 It’s been three years since Sony first jumped into the true wireless arena and while they have made numerous strides and needed improvements, one thing has never changed was the price. They tended to hover over the $200 mark for the most part. Those that wanted a taste of Sony’s true wireless had to shell major cash or wait for heavy price drops. Well, that is until now. Enter the WF-XB700 which has a welcoming $129.99 price point. This makes it more accessible but exactly at what real cost?

XB700 takes a different design cue from Sony’s usual true wireless offerings. They feature a tough plastic exterior compared to the smoother curvier style Sony has provided. They also fit into the ear differently. Sticking into the ear canal but sticking more upwards than outwards. They remind me of the Skullcandy PUSH just not as bulky. Unlike most Sony headphones, there are no touch controls but just physical buttons.

If you ever used any of Sony’s truly wireless earbuds their cases always tend to be on the thick side. Surprisingly the XB700 is the thinnest one I have seen from them. Its exterior feels just like its accompanying earbuds. A somewhat rough texture but it does not feel cheap at least. It also has a Type-C charging port which is a plus. It supports quick charging giving you a 1hr of playtime off a 10min charge. All together though the battery mixed with the case is giving you 18hrs or 9hrs without.

So, with this pricing you see Sony stripped out many of its features. There is no app support, no active noise canceling, and no touch controls. The physical buttons give you volume controls on the left by either pressing or holding, while the right ear gives you the usual play/pause tap options. You can hold it through to at least activate a voice assistant.

What Sony has been touting with the XB700 is EXTRA BASS with 12mm drivers. This causes some pummeling bass for your eardrums. But not in a bad way by any means. Great to see Sony didn’t take anything away from its sound profile. While it doesn’t sound bad, it feels like the bass is more at the forefront pushing everything else behind it in some scenarios. Codec support is SBC and AAC. I primarily used the XB700 with my OnePlus 8 Pro.

I used them off and on over the past couple of months at different periods. I wasn’t getting out as much as I wanted to unfortunately thanks to Covid-19. Things have since eased up and I got to try it in some environments. Taking them on the noisy trains, outside noise is going to happen since there is no ANC. Since they are more pushed into your ears and depending on the volume you will be able to block a bit of outside noise but not much. Wearing them for long periods of time I did start to find some discomfort rocking them. During my experience, I don’t recall any disconnects or distortion. Kudos to that Bluetooth 5.0 hardware being used.

With these being Sony’s first pair of entry line true wireless buds, it is not a bad start. The price mixed with Sony’s name is the most attractive thing. Battery life and its compact case is a plus. But WF-XB700 is just missing a good amount including app support which I have found to be a big deal nowadays. That means no EQ or even updates if needed. I would say give them a listen but also see what else may be hovering around its pricing.