One of the more compelling truly wireless releases this year comes from the helm of Sony. This would be their 3rd entry into the space first with the WF-1000X back in 2017 and the WF-SP700N last summer.  Each plagued with problems with the 1000X connectivity being hellish and the SP7 connection good but battery was horrific. So, has Sony been able to clear these issues with the WF-1000XM3? Right off the bat I won’t even leave you guessing and just tell you straight up YES. Read on to see why the WF-1000XM3 are one of my fave truly wireless if not favorite headphones in general this year.

WF-1000XM3 follows the design language of the WF-1000X with being earbuds that pop right in each ear but are missing the silicone ear hooks that were on the last two pair for extra security.  But they do still tend to stay in the ear to a certain extent for me.  Sony provided us with the Gold (& beige) colorway which is reminiscent to the two-tone styling of the WF-1000X. There is also a black color with gold accents.

I have some mixed feelings on the charging case. This colorway looks good with its two-tone styling with a slightly rubberized bottom and a brushed metal lid. Earbuds pop right in each slot with strong magnets and will show off lighting with advising of its battery life. Now the gripe I have with this case is it’s prone to scratches and stains easy.  The lid has picked up a crazy number of scuffs and scratches. I mostly had it in my bag and pocket and this was all achieved the first day or two unfortunately. If you care aesthetically then you might want to opt for black. Case does have NFC built-in which is a Sony mainstay on all their products, and it does utilize Type C so you can use any of your current mobile android phone devices to charge up.

Unfortunately, what I find missing from these Sony earbuds is no IP rating. So be mindful working out with them or getting caught out in the rain with them.

Included with the WF-1000XM3 headphones is a USB Type-C cable and various earbud tips.

Inside the WF-1000XM3 earbuds, Sony has equipped each one with 6.1mm drivers. Alongside that you are getting Bluetooth 5.0 and Sony is using a HD Noise Cancelling Processor QN1e to achieve the prestige ANC. I always felt like Sony was one of the first to bring noise cancelling to truly wireless earbuds and continues to do it the best out of everyone.

Each earbud features touch control panels that are very responsive to the touch. Left side features various levels of ambient sound and gives you three options such as ANC, ambient and a mix for both. Holding down the button will allow for an instant open mic. On the right side you are provided with playback functionality and if held will open google assistant which works out well. Each is also equipped with sensors so when you remove them, they pause and soon as they go back in your ears they continue where you left off.

Sony’s Headphones app does a good job of showing you how much battery life is left on each earbud if you happen to miss the prompts that are told when applying to each ear.  You can also mess with the Ambient Sound Controls and toggle on DSEE HX. The earbuds themselves support audio codecs SBC and AAC. Options to change the settings for each earbud is available and if you want them to shut down after 5 minutes to conserve battery life.

Updating the software on these earbuds was a bit of hell as I had to turn the “auto off” feature off on the earbuds while also taking the sleep display timer off my OnePlus 7 Pro. Overall it took 10 minutes once I figured out to do this but it was a headache to say the least.

As far as sound quality goes, these are the best truly wireless earbuds audio wise I have experienced bar none. They are impressive with thumping but not overpowering bass, clean vocals and great Mids. Nothing gets muddy or distorted even at the highest levels.

There is no audio delay so whether I want to watch my favorite celebs scream on Hot Ones or take in some intense battle scenes in Avengers Endgame I’m not missing a step.

I been using the WF-1000XM3 practically all over in various situations and they been pretty much on point. I have used them for running, public commutes on the noisy trains and even flew from NY to L.A. and back. The noise cancelling is superb, and its seal keeps everything blocked out to stay in audio bliss. Only gripe I have to say is they won’t always stay in my ear. They don’t fall out, but they loosen up a bit and I must push them back in. This is where I miss the ear hooks its predecessors had.

Signal wise they been consistent, and I have come across close to zero distortion or disconnects besides the random instance here and there. With Sony’s new tech factored into these earbuds you can easily use either one independently so maybe if you want to make a call and keep one ear clear or even pass one off to a friend.

Battery life is slated for 24 hours and I feel they did come to achieving that. Each earbud houses 6hrs with the charging case giving an extra three full charges per bud.

Taking calls on them has been fine and the other person has been able to hear me loud and clear. This is having been steps up from the previous earbuds Sony has released.

When it comes down to an excellent truly wireless sound experience Sony has checked all boxes. Killer audio quality and untouchable active noise cancelling keep you focused and uninterrupted from any distractions around you. I would have only liked to see the ear hooks still intact or even as an opinion for staying secure in the ear. Also, no IP rating may play a part for those that like to workout especially intense with their audio devices. As far as price they go for $239.99 which is hefty for earbuds (while PowerBeats Pro are $249.99), but you will get some of the best experience I have received in truly wireless earbuds. Sony has made terrific strives in its section of headphones and think you should give them a listen. 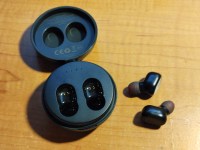 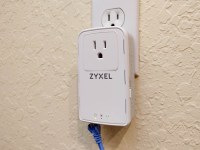