We are coming into almost a year since Sony unveiled their first truly wireless earbuds last year with the Sony WF-1000X at IFA. Those earbuds came with a brushed metal charging case that had adequate battery life but provided some of the best bass in their category. Earlier this year Sony gave us a look at their 2nd go round of truly earbuds with the WF-SP700N at CES. These present a slight difference in design and are geared more to the sports lifestyle. How do they handle and has Sony made improvements?

The WF-SP7000N earbuds are bean-shaped with a light curve which makes it look smaller in size but interestingly enough are longer than its predecessor. Its two toned with a shiny paint color on one half while the other has the predominantly heavier color. They come in four colors and Sony provided me with the White colorway. They don’t just pop in your ears like the 1000X but these are suited to “fit” your ear instead. While they have the usual ear tips they also have silicone support fittings. It can take a few tries to getting used to but afterwhile i was able to pop them in and out my ear with ease. I like how they fit and look without poking out as much like the other older ones.

The earbuds come in a plastic charging carry case with a swivel top for easy access that charges via microUSB. Personally I thought the swiveling top felt and looked a bit unstable but throwing it in my bag or in my pocket the earbuds never came out of position nor has the top ever swung open.

One thing to be mindful of using this case is making sure the earbuds are pushed all the way in and connecting to charge. Because of the silicone fitting and tip and the fact it has to be pushed down into it you might end up charging the earbuds and will set you up for a day without tune. Unfortunately I did it one day and paid the price.

SP700N are given a IPX4 rating which means they are great for workouts and can take some sweat and splashes without getting damaged. This combined with their size makes me ideal for this setting. 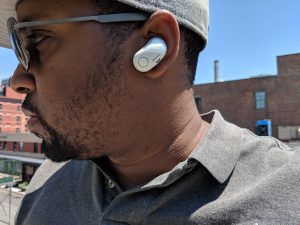 Audio wise with the WF-SP700N you are getting 6.1mm drivers in each earbud. This is accompanied by Bluetooth 4.1 and noise cancelling like the WF-1000X. I have slated the 1000X had some of the best sound based on having noise cancelling capabilities and the SP700N are right up there. Clarity is right up there and bass is balanced giving me a bit of thump but not overwhelming or too heavy. Codec wise they support SBC and AAC for your listening pleasure.

Sadly while they carry over the impressive sound quality they also bring over other things such as the delayed audio synching which is noticeable in watching any video as I have tried it with YouTube and IGTV which is about a sec or two.

Pressing the button on the left ear will activate Ambient Sound Control / Noise Cancelling while doubling pressing will give you access to Quick Sound Settings which is more a customized sound profile you would set up on the Sony Headphones Connect app. App is cool as you can make changes to the equalizer and sound quality modes if you are getting any skipping. 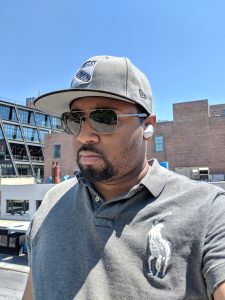 Out the box the WF-SP700N were updated to its latest version and I didnt end up with flashbacks of the painful woes I had trying to upgrade the WF-1000X. Signal strength has been good with them and as you may experience using truly wireless earbuds is the occasional break out or disconnection in one ear. I didn’t come across that much with these and that was pleasant not getting much cut out.

Only gripe I had with the SP700N is the battery life and the battery case. Case seems like it takes while to charge up and as does the earbuds. Also if they aren’t placed in correctly they won’t charge themselves. Batteries are slated at 9 hours total with the case charged up but felt its a bit lower on the time.

Right off the bat Sony has made some strides in its truly wireless department with the WF-SP700N. They still carry that stellar balanced sound profile and they are some of the more comfortable truly wireless earbuds to wear for long extended periods. Great for workouts with them being IPX4 and will stay secure while doing any running. Only issues are really is the battery life isn’t the best and will have you running to charge it up daily and they aren’t ideal for watching videos because of the audio delays.

If you are interested in Sony’s second iteration of truly wireless noise cancelling earbuds the WF-SP700N are available for $179.99.