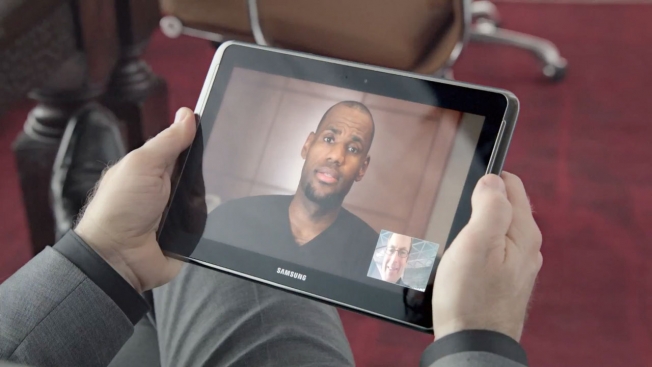 Samsung and NBA Superstar LeBron James have had a ongoing relationship since late 2012 when the Samsung Galaxy Note 2 launched and LeBron became their endorser for the product. This would continue with the release of the Samsung Galaxy Note 3 and Galaxy Gear which came out last year as well. Besides the twitter explosion LeBron had when he declared that he lost everything on his phone(which was recovered minutes later) its been pretty smooth sailing.

We notice Samsung has been trying to make apps that would be exclusive only to its devices and make you feel good as a Samsung Galaxy owner or one thinking about joining the club. The app dubbed simply as “LeBron” is broken up into four categories which is Athlete, NBA Playoffs, Style, and Journey. 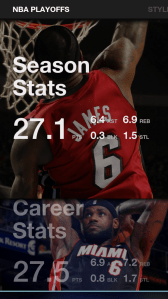 The app in a nutshell is all dedicate to LeBron and helping you keep tabs on him 24/7 socially if you don’t know he states off social media outlines until after the playoffs are done to keep focus.

The app itself is pretty interesting if you are a big fan of the guy and want to keep tabs on him and what he does in all points of his life. I ran through it on the Samsung Galaxy S4 and it works pretty good navigating the options, playing some video, doing the LeBron Radio streaming and using the Live Wallpaper application.

This isn’t the first time Samsung has focused a app solely on one individual if we can remember the Jay-Z Magna Carta Holy Grail campaign that took place last summer. With Samsung focusing on more apps exclusively for their devices such as Samsung Milk, I can imagine seeing alot of these coming along sooner then later.