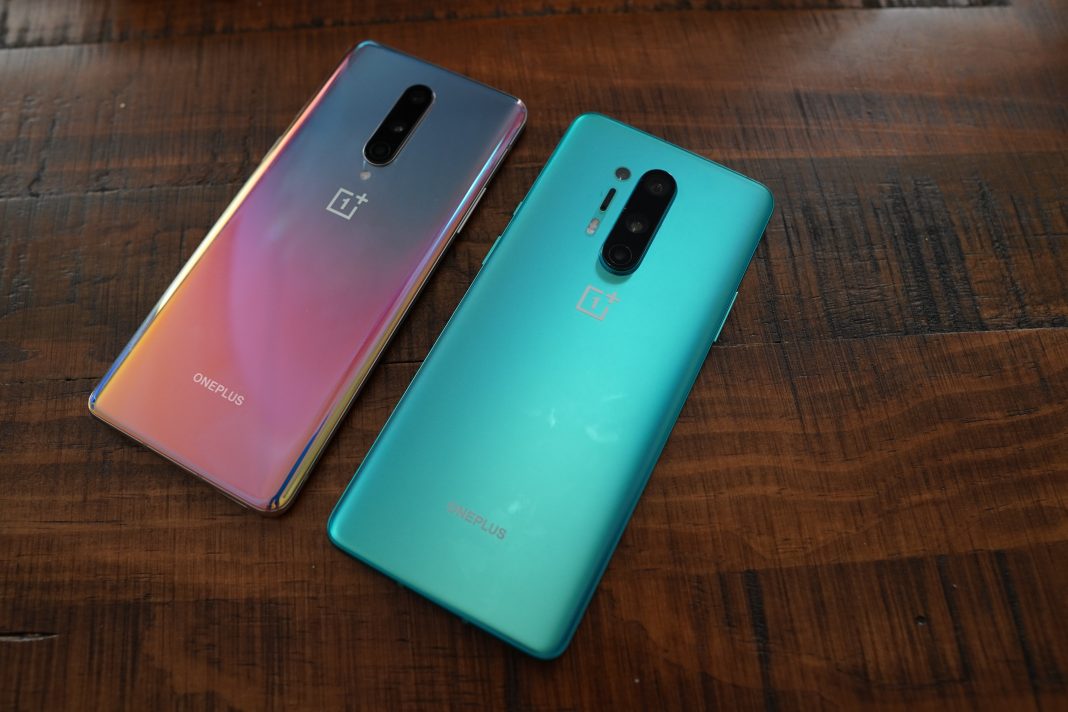 With the OnePlus 8T on the horizon, we thought we look back at the OnePlus 8 and OnePlus 8 Pro and go over why they are still some of the better android smartphones around at this time.

One of the main things no matter who wants to admit it they look at is cost. When both devices arrived on the scene, they were $699 and $899 respectably. Since then they have dropped down at least $100 on each version. Now costing $599 and $799. That $200 price difference works out for you if you want the best and most premium device that OnePlus has created thus far.

You will get 5G speeds on all the major carriers in the U.S. I have noticed better reception and coverage in areas I was not getting before whether it was with Verizon or T-Mobile which is the two networks I mostly tested out.

Whether you use the 90Hz display on the OnePlus 8 or 120Hz on the 8 Pro you are guaranteed a smooth moving experience. OnePlus has been one of the main pushers for high refresh rate displays out there and once you use one its hard to go back. Scrolling thru apps or watching content just feels better.

Oxygen OS is hands-down my favorite OS even rivaling Google UI. It is still user friendly and can be tweaked up a bit if you want to get more advanced with it. OnePlus always listens to the people and tends to push out updates that relax any issues and add most features those have been clamoring for. Thanks to the Hz Display utilizing gestures is quick and clean looking.

Both are unlocked and work with various carriers that support GSM. Verizon has a OnePlus 8 model that takes advantage of their speedy 5G UW. I am talking about getting close to a gigabit of speeds in some areas.

Nothing is coming close to OnePlus’ Warp Charging. Getting your phone back up and running in less than an hour is incredible with the 4000+ mAh batteries on each version. Of course, you need to have the included USB-C cable and power brick to take advantage, but you will always want to. Only available on the OnePlus 8 Pro is Wireless Warp Charge 30.  It charges just as fast as being plugged in and I have utilized it moreso than plugging in my device.

The OnePlus 8 and OnePlus 8 Pro are beefed out in specs with each having a Snapdragon 865 processor, 8 / 12GB RAM options, Adreno 650 GPU, and 128/256GB variations. Each has very responsive fingerprint sensors (which I feel get better over time) and are covered in Corning Glass. Really only difference is the 8 Pro has a 4510mAh battery compared to the slightly smaller 4300mAh on the 8. I have done everything from game to watching movies and its handled it with ease.

Each is supplied with a killer array of cameras with the OnePlus 8 Pro rocking a Quad Camera(48MP/8MP/48MP/5MP) system and the OnePlus 8 utilizing a Triple Camera setup(48MP/2MP/16MP). Its not for a point and shoot but feel at times you must mess with it a bit. 16MP is on the front of both cameras. Not particularly a fan of it as I always must tweak it a bit. Also, since the lens on the back stick out a bit they may attract smudges and just make to keep them clean.

There is no dual-sim support on the devices. I was a huge fan of switching between two carriers. I am hoping that is something they bring back. The OnePlus 8 comes with a screen protector but the 8 Pro for some reason does not. I ended up getting a hairline scratch on the display. There really aren’t any reliable screen protectors available even now FYI.

Both devices will give you a great experience with Android and also a lot of bang for your buck. While these only came out six months ago OnePlus is really to unveil its next the device the “8T”. I imagine when that releases you may see a price drop in these two models so keep an eye out.