Last year we reported that Nintendo and Astro decided to team up and create a Zelda Breath of the Wild themed headset. We knew we had to convince Astro to let us check it out. Astro has done just that, giving  us the chance to grab a pair and share our experience. We didn’t want to just use the A10’s on any gaming console to see how they worked. They had to be used on the device they were designed for. I had the headsets in my possession for a few weeks and only used them for the Nintendo Switch. This entire review focuses on my experience without them and with them. Also while using my Nintendo Switch portable and docked to play off my Streaming Setup.

When I first purchased my Nintendo Switch I didn’t have a headset so trying to game with other people and communication was not the easiest. I wanted and needed a headset with the different games I play that require full team communication. If I am traveling or out shopping and waiting for my wife, I could get some game time in to keep me occupied. You can’t play without hearing the sound, so a desperate person that has some cell phone earbuds in their pocket would just pull them out and use them. I happen to be one of those desperate people. My Samsung Note 8 headphones happen to be one of the headsets I used with my Nintendo Switch. That turned out to be a total disaster, I did not have control over my audio or mic. You know those times when you need to mute your headset for whatever reason. Those time where you might need to turn the volume down, because a friend doesn’t realize how loud they are. Well, Imagine not being able to do that, only having one audio level and only one way to control it. The only way to control the volume would be on the Nintendo Switch alone. The thing is when you increase or decrease the sound you are also increasing and decreasing your mic volume. 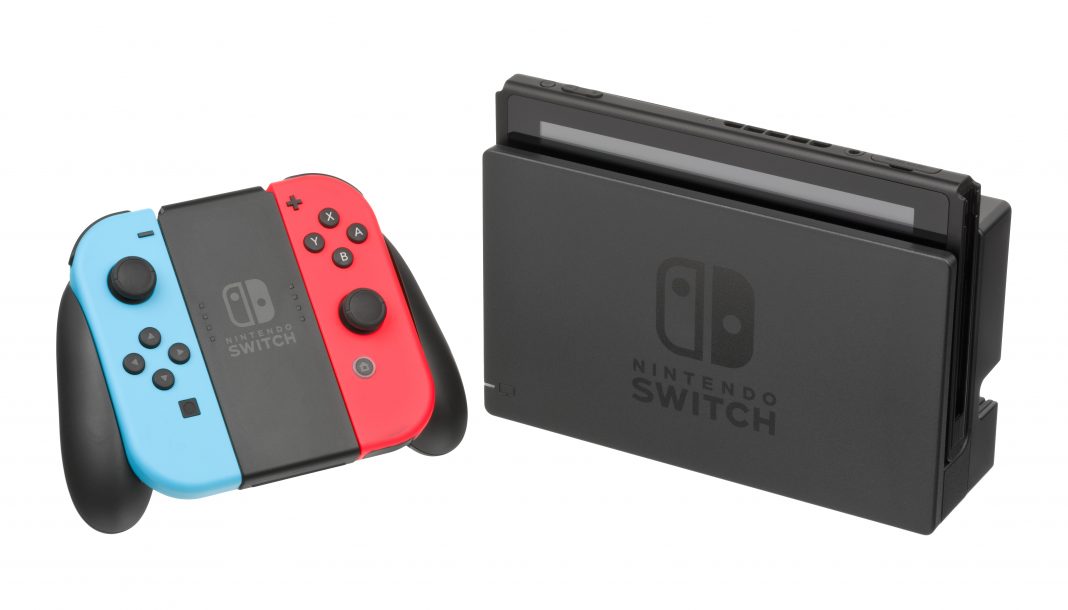 The Switch has a small display and certain games I would rather play on a large screen. Some of those games would require a headset to communicate with other players. The only way to do that is to connect a headset to the Switch while it is docked. Whenever I docked the Switch I would need to have it extremely close. Making it difficult to really move around to get comfortable in my chair.

At times if I wanted to step away, I would have to unplug the headset to prevent surrounding audio from being heard from fellow players. One issue I had with this was the audio would switch from the headset to HDMI. If I forgot to turn the volume down on the Display or speaker system, the transition would be very unwelcoming to the ears. The other issue I had with disconnecting them was coming back and having to plug it back in. Not that much of a problem really, but that also was a shock to the ears and not just for me but for the people in my party chat and my stream. 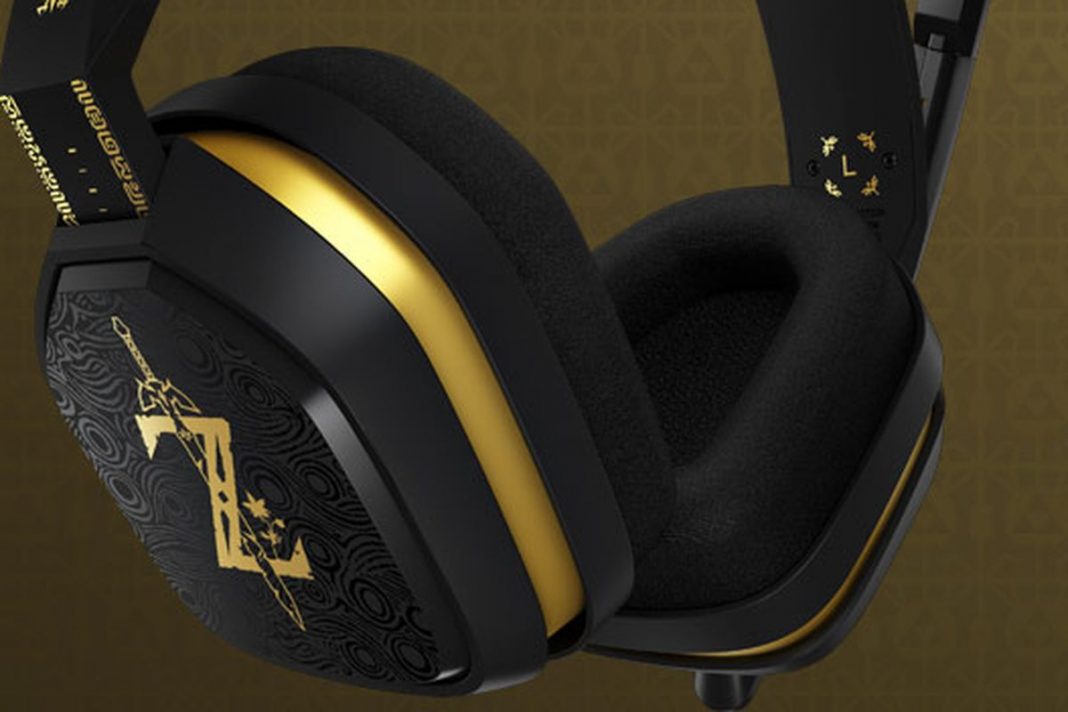 The good news is that after all that aggravation and frustration I knew the tunnel was coming to an end, I could see the light. The light was knowing that the Zelda themed A10’s had arrived. When I opened that box, I swore I heard an ominous sound of Angels singing. I knew that this headset was going to be the answer to all my problems. The moment I hooked it up it instantly made my switch experience so much better. Not just because of its stylish gold trim or its foxy Z shaped symbols on the sides. It was the quality and clarity of the audio that made so much of a difference.

The soft over ear coverings, the long audio cable with volume control, the flexible mic, and the easy mic push up mute option tied and sealed the deal. The best way to see if they would function the way I wanted and needed them to would be to use them the same way I used my cell phone headphones. I had to take them through the same process and make sure the quality was what I expected it to be. I couldn’t make it about the fact it was just some cool looking Astro headsets. It had to be about how well they worked with the Nintendo Switch. 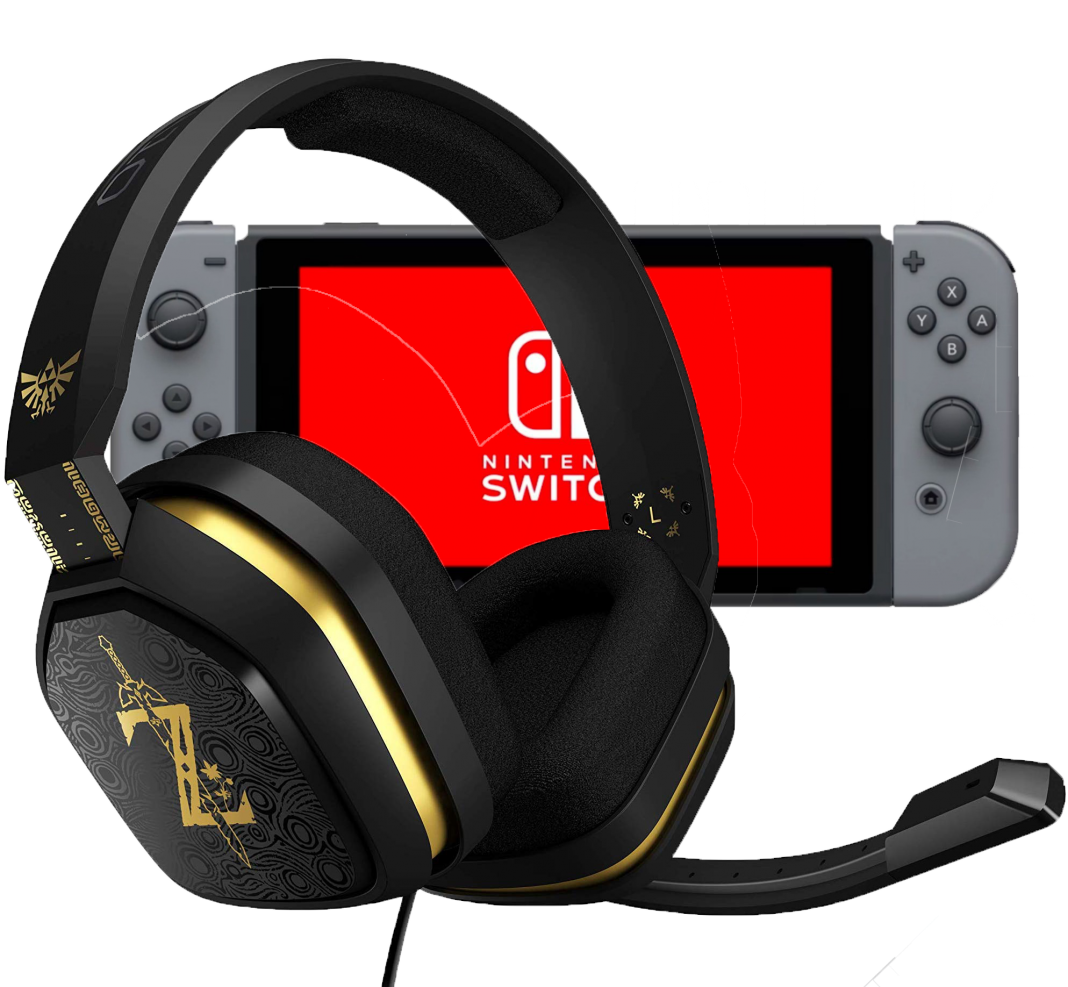 The experience using the Zelda themed A10s with the Nintendo Switch as a portable device was a lot better than I expected. On Saturday mornings I have to take my oldest daughter to school for a specific college class. Leaving to go home and come back made no sense. So, what I would do is walk with the A10s and my Nintendo Switch. I would connect my Nintendo Switch to whatever WiFi was in the area and load up some Fortnite. I could hear sounds that I struggled to hear on my earbuds. The game audio was clear and

I liked having a surround sound experience on my head. If other players were in a gunfight on my left or on my right I could differentiate between the two. What made the experience so much more enjoyable was having the ability to turn that loud little kid down from the audio cable. When I received a call on my cell phone I could continue to play and mute the MIC simply by pushing up towards my left ear. Astro is known for gaming headsets so the sound quality was not surprising, but these headsets are on the lower end of Astro’s long list of headsets. To get that same high-end sound quality on a lower end device says alot about a headset. 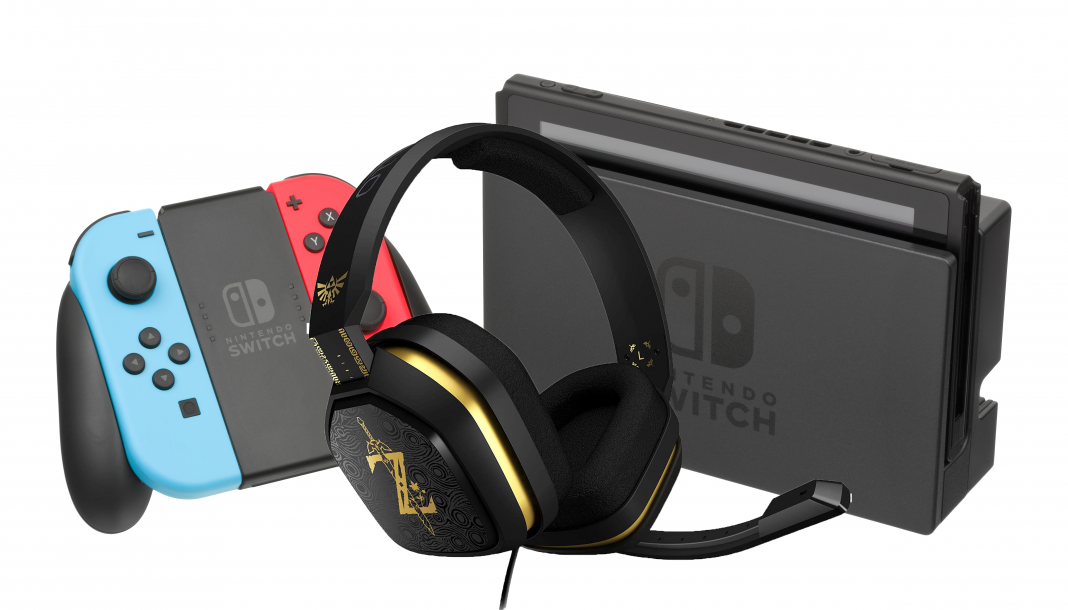 The experience was similar to using the headsets and Switch portable, from a sound and mic perspective. The sound quality was the same, I honestly did not expect that to change. What did change was my experience, I no longer had to disconnect to mute my mic. I could leave the headset connected and mute the mic by pushing it up towards my ear. No more ear screeching sounds from disconnecting and reconnecting. The headset can remain plugged in and I can control audio in and audio out. The best part is the audio cable length, yep, no more having the docked Switch close to me like I am still using it as a portable device. The cable gives me the space I need to move around in my chair. Hey, sitting and playing a game for a few hours requires comfort. Leaning towards one side to make sure your headset does not disconnect is not part of comfort.

Now that I have a Nintendo Switch and really had the experience of using one, I have to say the beginning was not ideal and not the unit I expected it to be. I can honestly say a part of that was due to my audio experience and the headset I was using. Since getting the new headset that experience has changed substantially. I don’t think it could have been just any headset it had to be the Astro Zelda themed A10s. I have owned several different Astro headsets, but none of them have been tied to a specific console. I have started building my Switch look and style around the look of the Zelda Themed A10s. I say this is because I was walking around GameStop one day and saw the PowerA game controller that matched the headset. The controller has that same sleek look, with touches of gold to bring it all together. I also came across cases, D-PAD controllers, and Zelda themed dock stickers. I might be going a little extra with it, but the look of it all has my attention.