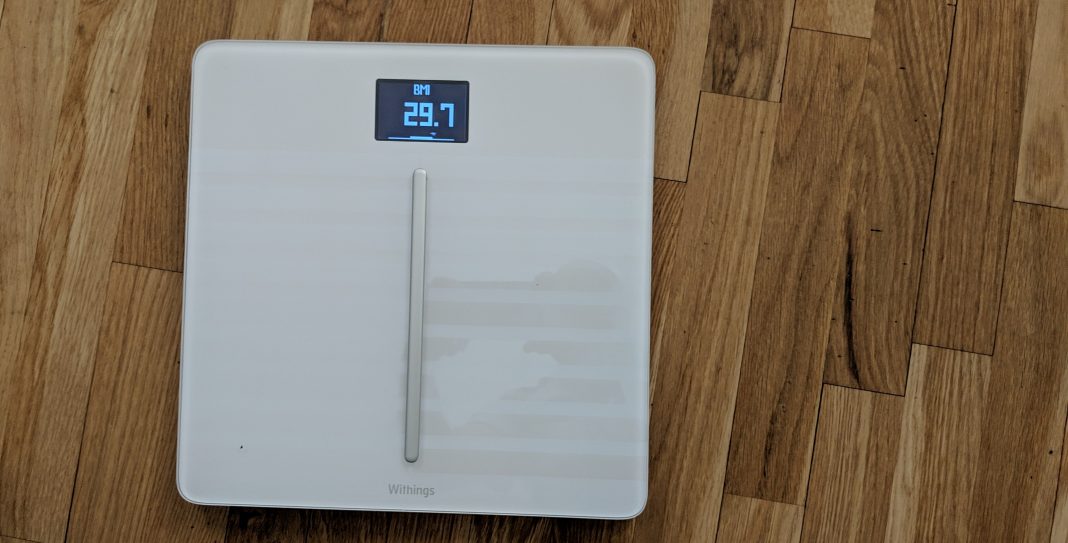 I been trying to be more health conscious about my lifestyle especially over the past year or two and monitoring more of what I do. While using the various fitness bands help, its nothing like having a scale to give you more of a detailed account of what’s going on. I originally had given the Fitbit Aria 2 a good amount of play since I was heavy in their ecosystem but the Body Cardio by Withings came my eye as well.

Body Cardio can give you a more detail timeline what’s going on ranging from weight, body mass and even yes bone mass. It even can give the weather forecast if you so need it. But is all this information necessary? I’ll tell you how I weigh in on the Body Cardio by Withings.

First pulling the Body Cardio out the box you will notice the weight on this smart scale its 5.2lbs. It has a very squarish build and feels solid as a rock. The surface is tempered glass which features an easy to read LED display. Also, on the scale is a metallic like divider to help you with footing and get the right balance. If that doesn’t help, there is also nine somewhat visible strips going left to right. The Body Cardio sizes up at 12.9 x 12.9 x 0.8 inches. If white isn’t your thing there is a black colorway with aqua blue strips. Nothing much on the bottom just looks solid but its sturdy. I’ll say compared to the Aria 2 and its somewhat wobbly legs I prefer this one. Aesthetically the Body Cardio has a clean simplistic style that will nice in the bathroom or under your bed or wherever people put their scales nowadays.

Body Cardio has a built-in battery so no need to swap out batteries anytime soon. There is a microUSB port on the left side so you can the included wire or just about any charger you have laying around. I say give it a few hours charge beforehand and you’re good. After that simply download Withing’s Health Mate app on iOS or Android and pick your scale and run through the setup of Wi-Fi and any updates if needed.

Good thing is since the Body Cardio relies on Wi-Fi rather than Bluetooth updates will be rather instant to the app. Setup in general was smooth and didn’t come across any hiccups.

With the Body Cardio besides weight you can get stats for Body Mass, Water, Muscle Mass, Fat Mass, Bone Mass and even your heart rate. It realistically gives you a full run down of your body just by stepping on a scale. I have found it fascinating to say the least especially the first time I started using it. They have what’s called a trend screen which will show you the last 8 weigh-ins which is portrayed in a chart.

It can be nice motivation and gives you details right away rather than running to the app. Using the Body Cardio and its details of info can be great for those that aren’t big on apps and just want details right then and there. If you are a heavy app user, you can go in and add stats such as calories intake and adjust or set goals to your leisure. Body Cardio is super app friendly working with a huge array of the health/fitness apps out there. It can synced be up with up to 8 different users if needed. 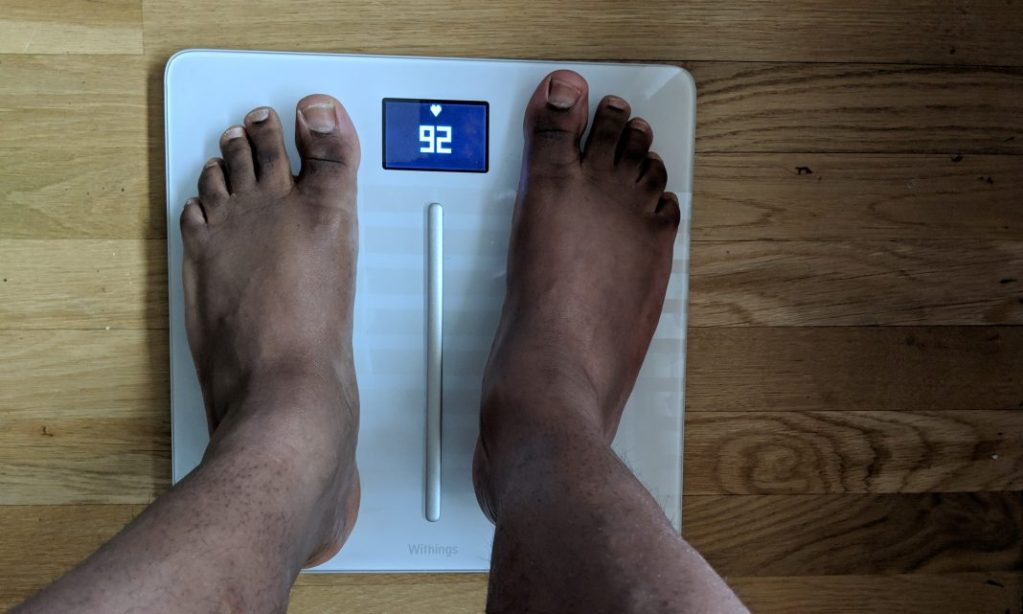 I been using the Body Cardio for the past couple months on the daily to see how it fares against the Fitbit Aria 2. I weigh myself on one and then the other for comparisons. As far as taking weight they were pretty much on par with each other sometimes the same or a .5 off. Of course, the Body Cardio does pump out way more stats at you which makes it a winner in that department. Being fed all that data helps if you want to work on certain areas and makes it a feature king of scales. Now I do have some gripes with this scale. There were times I would use it and it wouldn’t either recognize who I was, or I must step on and off it to get it calibrate right. Also, while I said those stats were good to have the problem reading me sometimes meant the stats wouldn’t show up. This issue varied time to time but it was just painstaking to say the least.

Withing’s Body Cardio smart scale is a data machine and compared to the Fitbit Aria 2 it wipes the floor regarding features. It has a great solid build and its tempered glass doesn’t get dirty much. I did have some issues with syncing or even picking up my weight at times which was irritating. Body Cardio is also one of the more expensive scales on the market though coming in at $179.99. If you need all those stats, then it maybe ideal but if not, there are ones like the Aria 2 which I see hover around the $100-120 price range.