Logitech is really good at making accessories for the home and office and over the past year they’ve been making a ton of improvements and design changes to their PC peripherals. Keyboards and the mouse, have seen some of the most drastic changes but the mouse is where Logitech’s ingenuity, design and ease of use all come together to give you a great overall experience when working and trying to be productive. 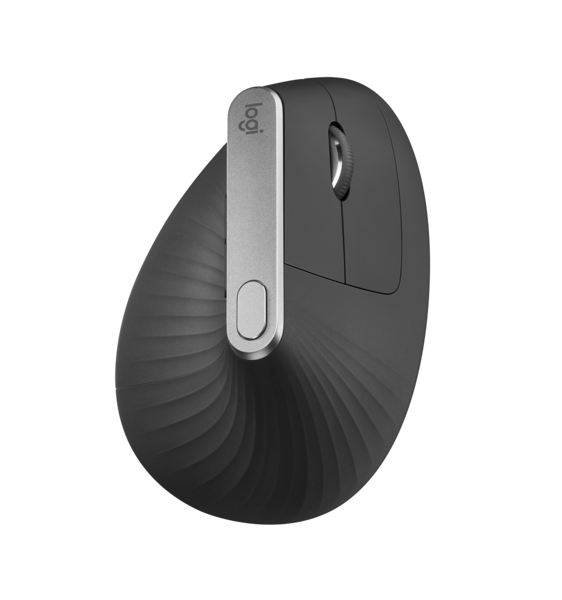 Logitech’s MX Master mouse was arguably the best mouse available two years ago for home and office use. In 2017 Logitech updated what was already the best mouse and gave us the MX Master 2S. Subtle improvements to the battery life, Logitech software and general comfort made the MX Master 2S a tough act to follow. Instead of trying to outdo the MX Master 2S, Logitech decided to tackle a different aspect of using a mouse and created the MX Vertical. Upon first glance the MX Vertical looks like something straight out of a sci-fi movie. You wouldn’t be wrong in that thinking but hidden within its appearance is a science that is supposed to maximize ergonomics to the hand and alleviate pressure on the wrists especially after hours and hours of sitting in front of your computer. 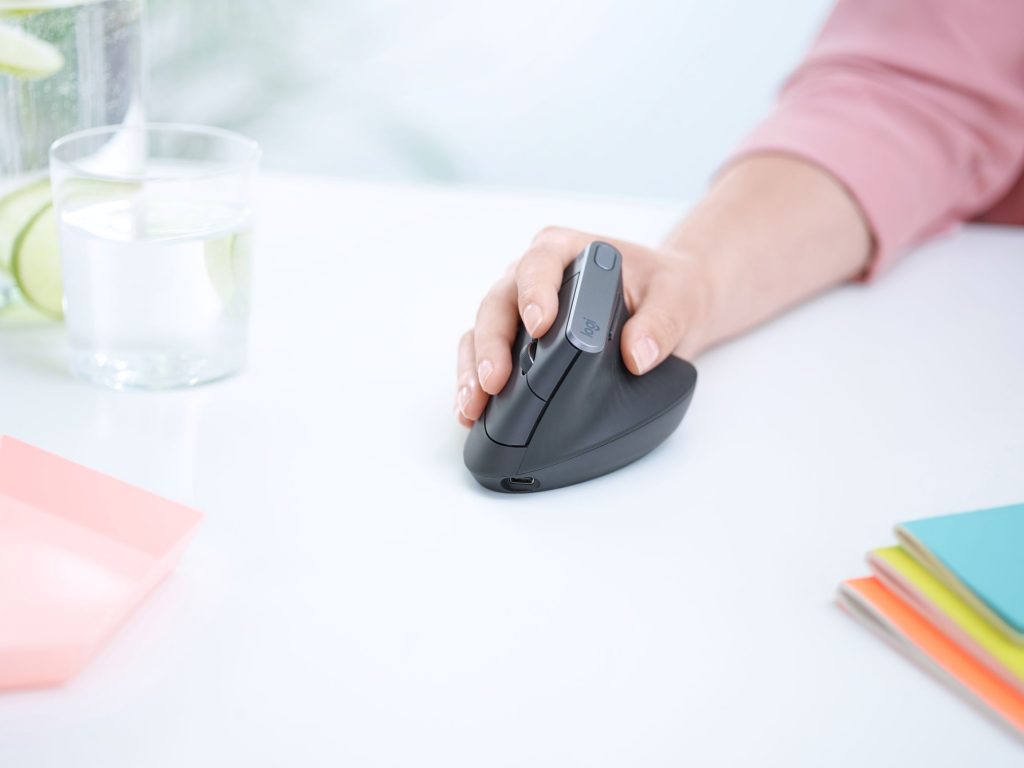 According to Logitech’s press release “MX VERTICAL is designed with a natural handshake position and a 57-degree vertical angle to reduce muscular activity by up to 10 percent compared to a standard mouse without any loss in overall performance. The comfort form is designed to fit a variety of hand shapes and sizes, while the textured rubber surface and thumb rest ensure a solid and natural grip.”

MX VERTICAL provides a best-in-class 4,000 DPI high-precision sensor, resulting in up to 4x less hand movement and reducing fatigue. The cursor speed switch allows you to instantly adjust DPI speed and accuracy of your cursor with the touch of a button. With MX VERTICAL, you never have to worry about your mouse running out of power as the rechargeable battery lasts up to four months on a full charge, and a quick one-minute charge gets you three hours of use. Enabled with both Logitech Easy-Switch and Logitech Flow you can seamlessly switch between two computers with MX VERTICAL, and even copy and paste content, images and documents between them”

While the vertical mouse is in no way a new concept, it’s new for Logitech and it looks incredible. If you are a fan of the Logitech MX Master or Master 2S and you want to give something else a try then why not this? It’s expected to cost $99.99 and it goes on sale officially in September but you can pre-order it right HERE. Once we get our hands on one we’ll have a full review for you.