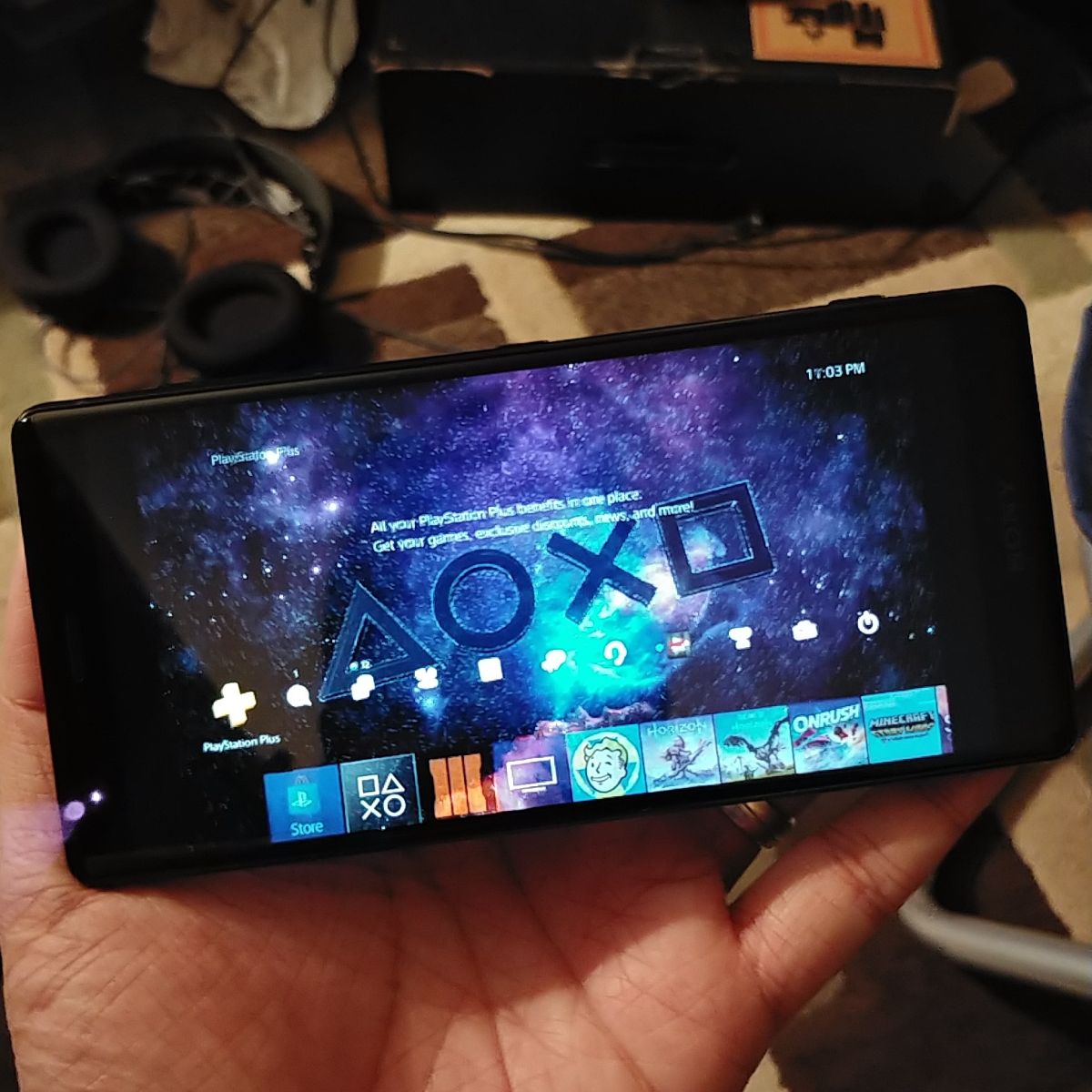 I actually talked about this once way back when I first got my hands way back on a Sony Xperia Z3 and how the most stand out feature in my eye was the fact that it could Remote Play with a PlayStation 4. This was the first device in Sony’s Xperia line to do this and it certainly isn’t the last. While it’s true that you can technically get Remote Play to work on other Android devices, the process isn’t that simple and it requires quite a bit of technical know-how that the average person probably isn’t going to want to attempt this. With that said, Sony’s latest Xperia XZ2 is the only flagship device out right now that can Remote Play with a PlayStation 4 and all you need to do is download the PS4 Remote Play app from the Google Play Store and login with your PSN credentials. That’s it.

If you’re a die hard PlayStation 4 fan, then you you seriously consider the Xperia XZ2 as your smartphone of choice. For starters, Sony’s other Remote Play enabled device, the PS Vita isn’t exactly being sold anymore and second, at least with the Xperia XZ2, you can use the PlayStation’s DualShock 4 Controller over Bluetooth with your phone. That means you’ll get a much better PS4 Remote Play experience. As a bonus, you’ll also now be able to use your PS4 controller as a controller for Android games as well. Huge plus especially if you’re playing something like Minecraft Pocket Edition or any other game that supports a controller.

Back to PS4 Remote Play, as long as you have a strong Wi-Fi connection, you’ll be good, though I do recommend highly that your PS4 be connected via a LAN connection for a much more stable experience. Also, it is possible to use Remote Play without a controller, though that’s not really the most optimal way to use it. However this works in a pinch if you want to just turn your PS4 on and do something remotely with it that isn’t gaming, such as setting a game to download or managing your dashboard.

And while the Sony Xperia XZ2 is a wonderful experience with PS4 Remote Play, it’s also great with regular Android mobile games. That’s because the Xperia XZ2 is running the latest Qualcomm Snapdragon 845 chipset. It also has two front facing stereo speakers, and ones that are loud. That means none of your audio is going to be muffled by hands blocking them like they would be if the speakers were on the side or back.

With that said, the Sony Xperia XZ2 is currently one of the best devices you can get if you’re a serious PS4 player and mobile gamer. It has all the latest flagship specs, can use a real PlayStation 4 Dualshock 4 controller wirelessly, and has fantastic audio to boot. I’m glad to see that Sony is continuing on with their support for PS4 Remote Play on their flagship Xperia devices and it’s honestly one of the main reasons why Sony’s Xperia line still intrigues me. Without it, the Xperia XZ2 would be lost in a sea of next gen smartphones.