Monster Hunter World has been a great time so far and for those of us that play it, we know how good it is. Monster Hunter World has become the most popular game to play (At least on console) right now as well being Capcom’s biggest selling game ever thus far. Capcom knowing this knew that it was only right that faithful MHW players get some quality updates that address new content as well as some player issues within the game itself. Here a rundown of what we intend to see in the big update which is taking place next week on March 22nd. Mark your calendars because it’s going to big.

Big bad ass Deviljho is one of the most popular monsters in the Monster Hunter series and if you’ve never seen him and finally do, you’ll understand why. He’s a vicious hunter and T-rex type monster similar to. the Anjanath but with way more rage and way more strength. I imagine that players will more likely than not have to craft different armor types just to be able to deal with Deviljho who packs a hell of a punch with that fearsome jaw surrounded in hard bone and that long, powerful swinging tail. He poses a unique challenge for hunters whether they’re seasoned or not. Get your levels on point because Deviljho is the first of many monsters to come in MHW. There are 12 minutes of battle footage with Deviljho that you can check out here or on IGN’s Youtube channel (Where this video is from). It’s intense stuff. 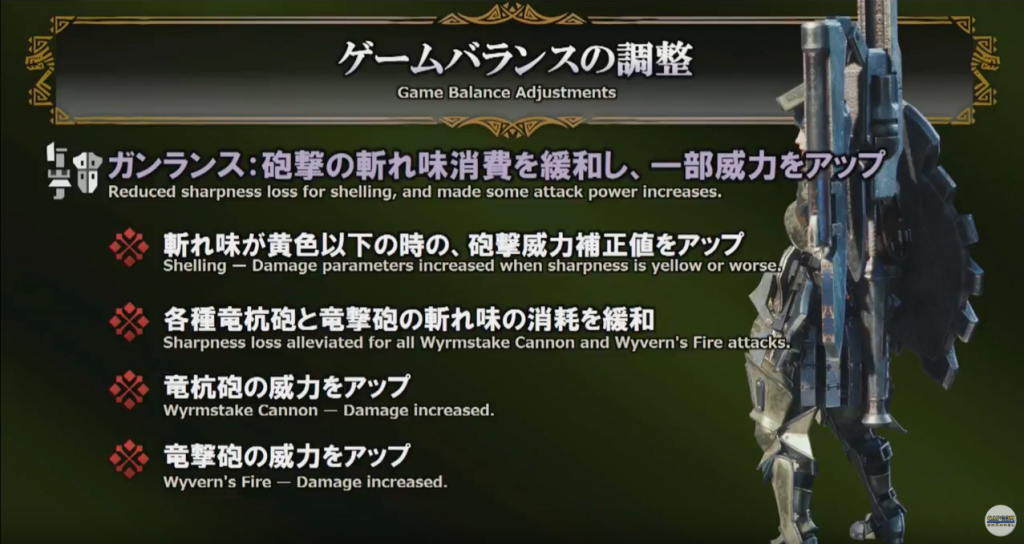 Monster Hunter World’s weapons are all getting either a balance or a buff to their impact and other elements of their attacks. There are also some design changes and some additional weapons being added to the existing weapon stockpile. (Not a totally new weapon) This is our favorite part of the update. Monster Hunter World’s monsters are incredibly strong and to a degree overpowered with a ton of hit points. So, that buff to the weapons and some newer additions to existing weapons in the game will at least make the fights go by quicker and make you more formidable in battle. The monsters already have huge advantages with their size to power ratio. There are so many changes to the weapons in the game and the Capcom blog has them listed in more detail so you can check everything out if you need specifics HERE.

Monster Hunter has already given us two exclusive armor sets for the hunters with Ryu from SF2 and Aloy from horizon Zero Dawn. The Palico currently has the Watcher armor set from HZD game and now Capcom has given us Mega Man. You can now have the beloved Mega Man pal around you and give you buffs, drop flashfly cages and traps and shoot at monsters to help you on your quest. Bad news? You won’t get Mega Man on the 22nd but rather on April 13th as part of a quest which lasts until April 27th. Nonetheless, a cool addition to MHW.

If you want to see the actual livestream detailing the event you can see it here below but, it’s in Japanese so if you don’t speak it, good luck to you. If you do, even better. Truthfully though, you don’t need to speak the language to see what’s going on. Just watch and look for things that interest you. You should skip to about the 32-minute mark right away and just skim through the video as a whole. It’s an interesting video detailing the overall Spring Festival Event so enjoy. Once again, expect the update to hit your favorite console on 3/22. Happy Hunting.