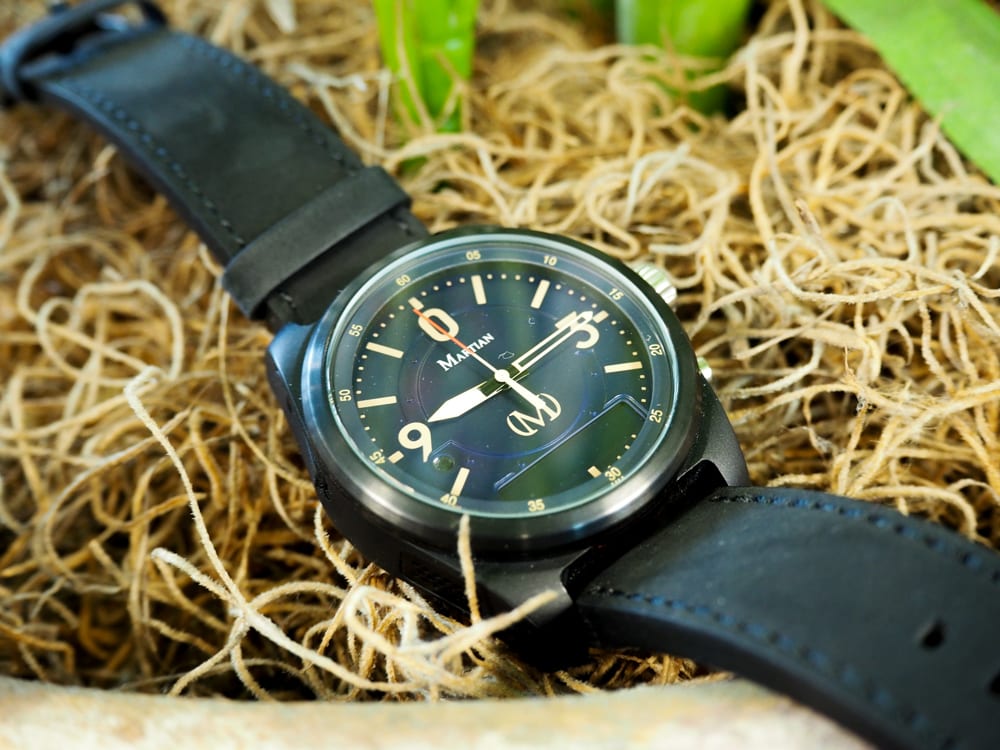 Smartwatches are cool. There’s no denying that and part of the reason why is the Apple Watch and Android Wear, Tizon equipped devices. To some extent, even the o.g. Pebble devices helped make smartwatches what they are today. While smartwatches are still evolving and finding their place with consumers, there are still some who find smartwatches an unnecessary thing or find them too daunting to use or just don’t like the look of them and would prefer a more traditional watch. If this sounds like you, maybe you want to check out Martian’s line of smartwatches that feature traditional analog movement with just the right amount of smart features built in. For this review, I’ll be taking a look at the Martian PT-02 mVoice Smartwatch with Amazon Alexa built in.

The Martian PT-02 is part of Martian’s mVoice line that not only includes traditional smart features like push notifications for calls, messages, alarms, and apps, but also includes the ability to use your voice for various other functions. With a press of a button, you can use your voice to make calls, send messages, interact with Siri or OK Google (depending on platform), and as a new feature for 2017, interact with Amazon Alexa. This is one of the few, if not only smartwatch that can interact with Amazon Alexa right now. But before we get to that. lets first talk about its looks. 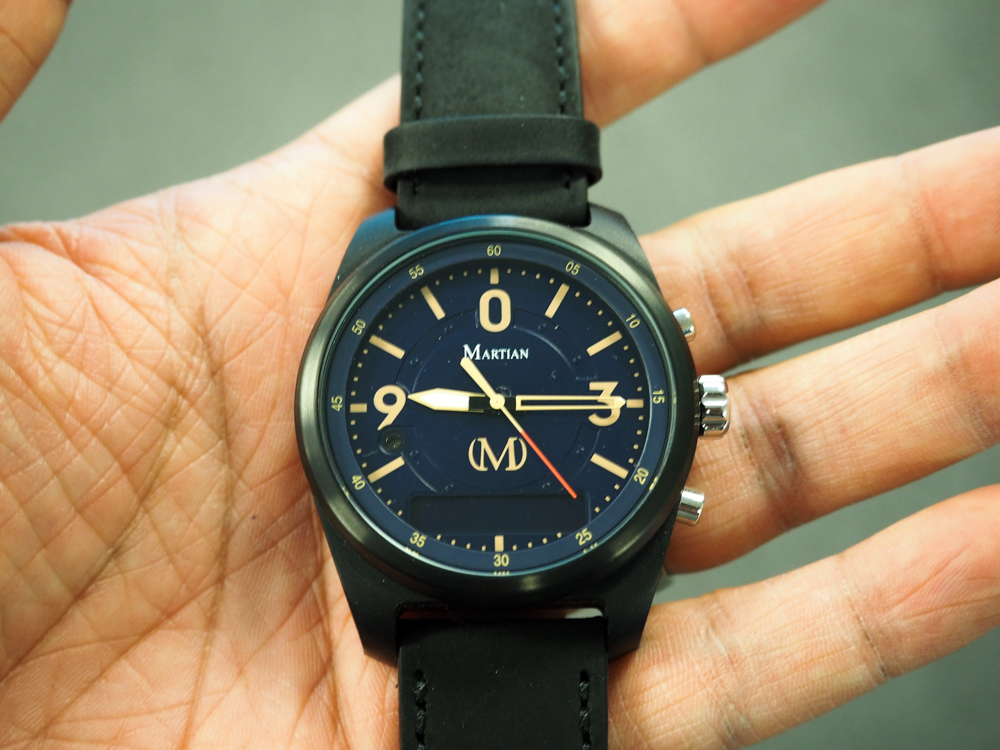 What I actually really like about the Martian PT-02 is that it just looks like a traditional analog watch that is familiar and stylish. Its got a large face that is easy to read in any lighting. The face itself is in a dark indigo blue color with indexes and numbers in a beige. It’s a rather good looking color combination even though it’s not normally a color combo I’d go with. The body itself is in a black resin and comes with a genuine leather black strap. Lastly, it has a polished silver dial and push button accents. It all makes for a very handsome watch that will compliment any casual or business attire.

It’s not until you look at it more closely that you being seeing all the little extras that make it more than a regular watch. For starters, the Martian PT-02 has mic and speaker holes on the sides along with a little rubber flap that hides the USB charging port. On the face, you’ll also notice a small digital strip that displays vital information such as quick notifications, world time, the weather, and more. This normally stays off unless you tap the button on the side or when a notification comes in.

Other than the smart additions, the Martian PT-02 looks very normal, which isn’t a bad thing at all because you won’t be drawing the attention of thieves. If you do however want to switch up the looks of the watch, it’s entirely possible thanks to the easy to swap out straps. You’ll be able to swap out any 22mm band with it. 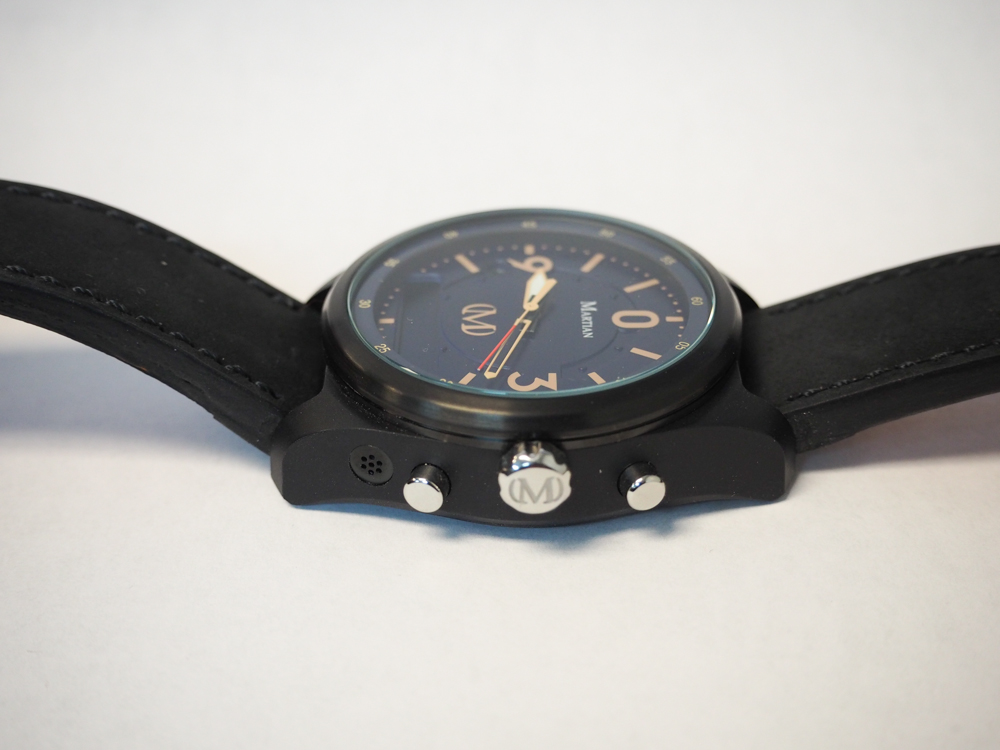 For the most part, notifications can appear from a bunch of different apps such as Gmail, Slack, FB Messenger, Twitter and more. However, iOS and Android handle notifications differently so be aware of this. I’ll talk more about this a little bit more down below.

If you’re using iOS, you can use your watch to interact with Siri. Just press the top button once and Siri will initiate. you’ll have to make sure though that you can use Siri while your screen is locked otherwise you’ll have to unlock it before using Siri. On Android, pressing the button initiates OK Google and does it even when locked. On both, you can talk to and hear Siri, OK Google on the watch. Since you can use these features, it means you can for the most part use the Martian PT-02 to do whatever Siri and OK Google can do, like send messages, do searches, etc.

Aside from notifications, the Martian PT-02 also has a built in stopwatch, alarm, world time, and the ability to control your phones camera and music playback. 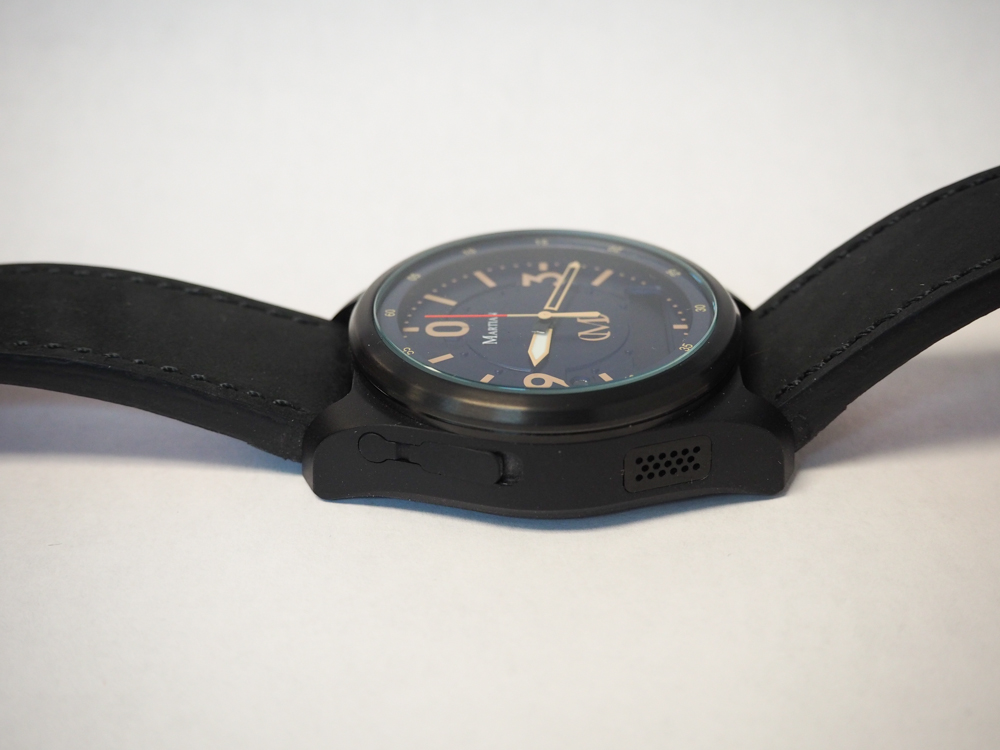 Now here is where the Martian PT-02 differs from every other smartwatch out there. Because this is part of the mVoice line, the watch allows you to interact with Amazon Alexa. By holding down the top button, you activate Alexa instead of Siri or Google.

Amazon Alexa is Amazon’s digital assistant that does a lot of what Siri and Google does. However, it is closely tied to Amazon’s services so that you can also use it to order products and interact with all of their services. You can even use it to control smart devices if hooked up properly.

I didn’t have any smart devices or an Amazon Echo to try this out on, but I was still able to use Amazon Alexa for other things. What’s neat is that you don’t have to use the watch to use Amazon Alexa. You can also interact with Alexa using the mVoice app on your phone.

Amazon Alexa integration isn’t flawless however. There are times when the app would log me out and I would have to reestablish my connection to Amazon. Also there are just too many times where Alexa just couldn’t fill my request or understand what I was asking.

I think for the most part, to make the most out of Alexa, you need other Alexa enabled devices such as an Amazon Echo or Dot. It’s a neat feature though for those who are invested in the Amazon Alexa ecosystem. 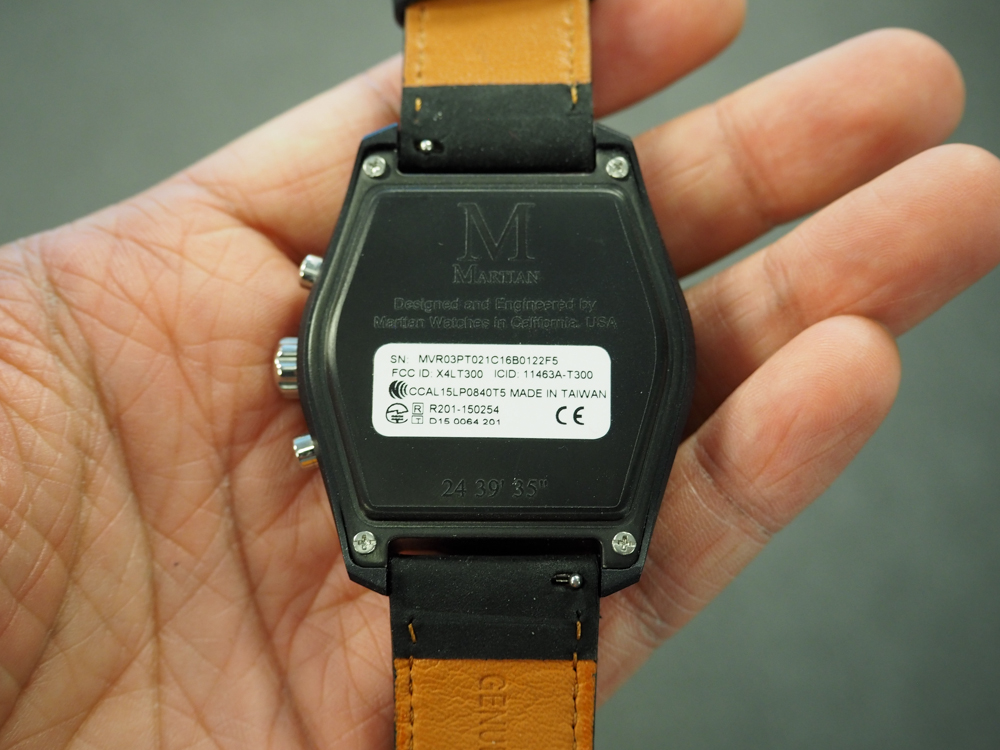 A Bit of Strangeness

While the Martian PT-02 so far has been a joy to use, it’s not without its quirks. For starters, I’ve used the smartwatch on both iOS and Android and they both exhibit odd behaviors. Let me start off with iOS.

Android isn’t without its own set of issues however. For starters, using the Martian PT-02 with my LG V20 caused some unusual battery drain. I would notice that my battery percentage was much, much lower at a certain time then it used to be before I started using the watch and the same goes for battery life on the watch. For some reason, it didn’t seem to last as long as it did when connected to my iOS device and I had to charge it a day earlier than normal. 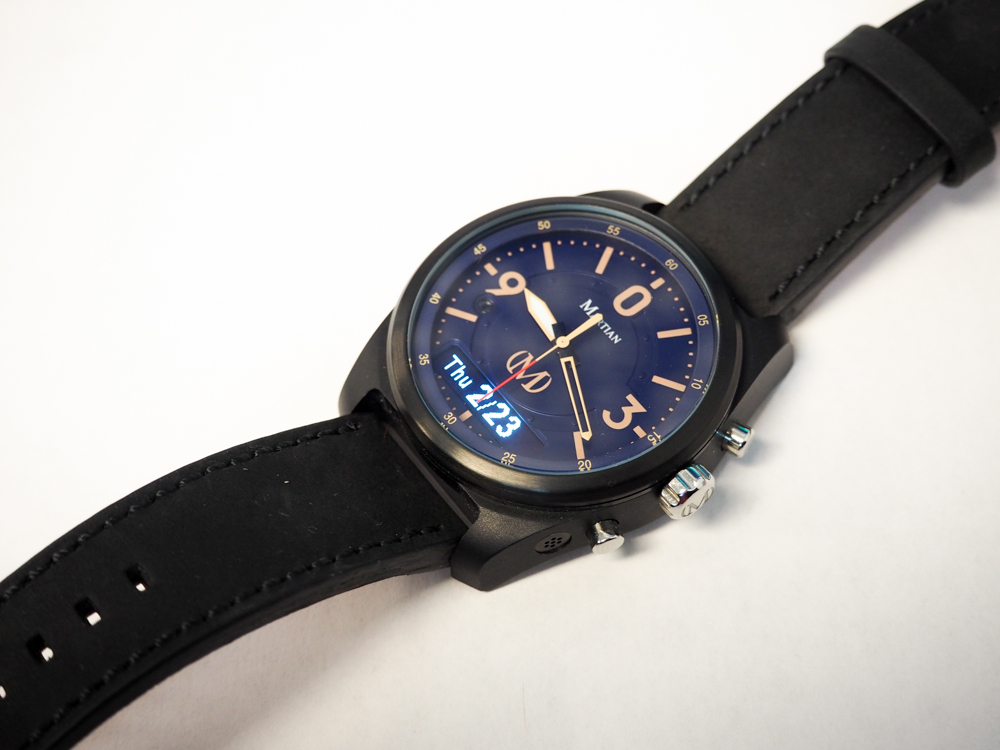 Despite these issues, the Martian PT-02 mVoice Smartwatch was a joy to use. It might not have all the fitness stuff that the other more fancier smartwatches have, but it has all the features I look for on a day-to-day basis. Mainly I just want notifications and maybe the occasional hands free interactions. What I really like about it is that it just looks like a normal analog watch for the most part. I can read the time whenever I want without having to wait for a screen to turn on and the watch portion can last for up to 2 years before I need to change the battery. What that means is that I can still use the Martian PT-02 as a watch even when the smart parts of it lose charge.

The bonus items should make the Martian PT-02 very appealing to techies, especially the integration with Siri, Google, and Amazon Alexa as well as the hands free integration. Being able to use the watch to make and receive calls is also pretty neat, but not really something I make use of. Same goes for messages. I just prefer to do all that manually on my phone. That’s not saying it won’t be useful to you as I know plenty of people who make use of their digital assistants. 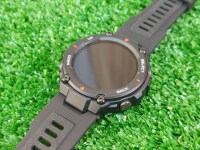