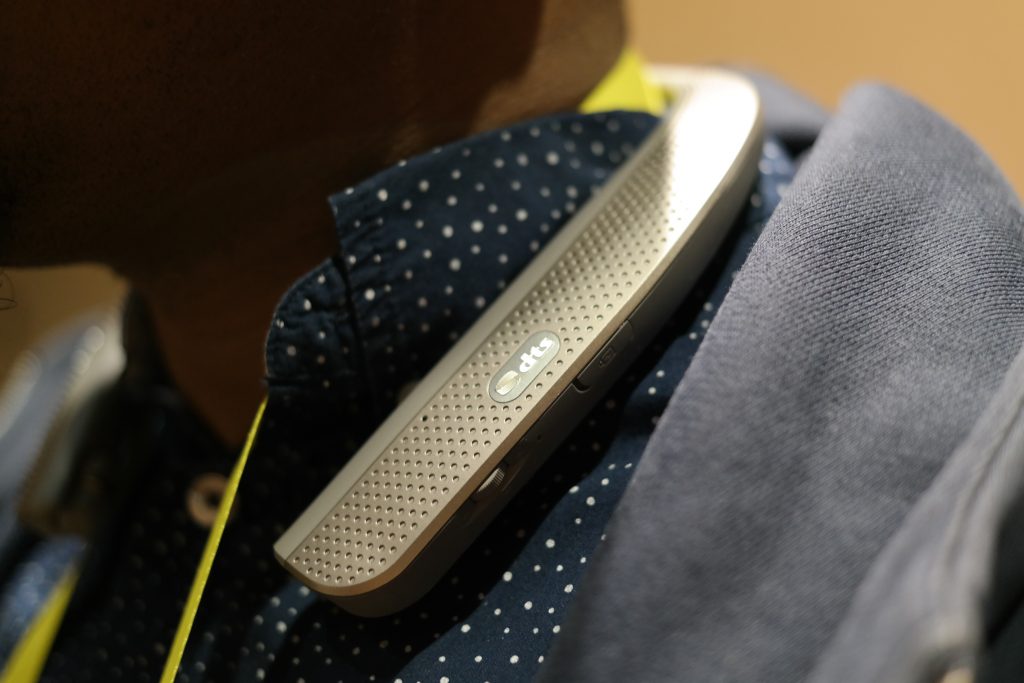 When I first heard about the LG Tone Studio wearable speaker a couple weeks back I thought it would be some obnoxious wearable speaker that would irritate and piss everyone off around you. Seeing a demo of them and then getting some hands-on time with them changed my mind quite a bit. 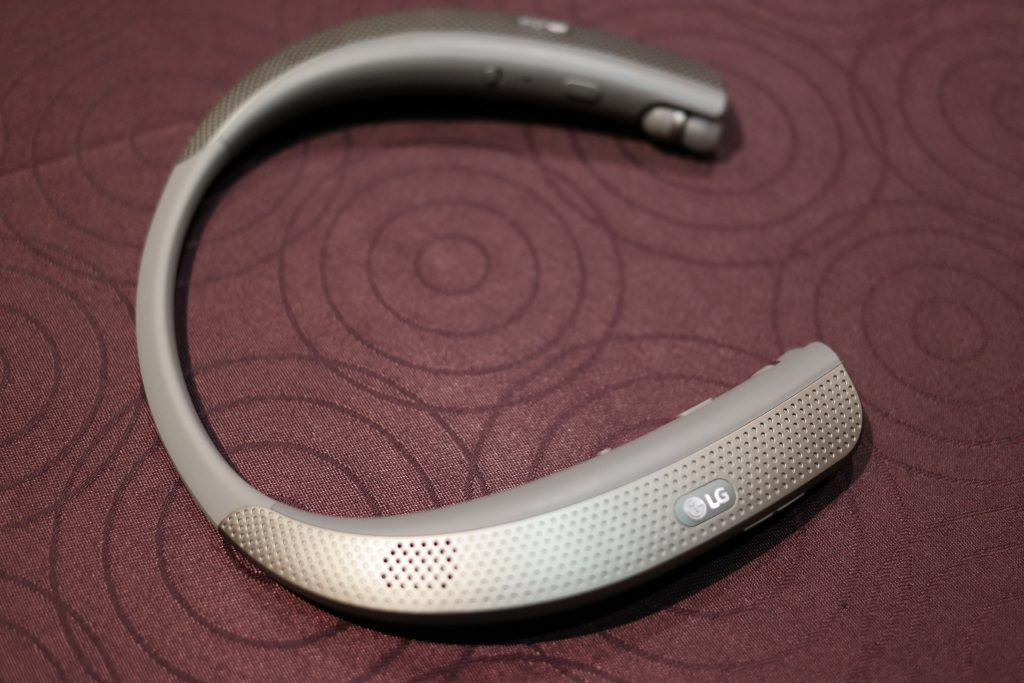 The LG Tone Studio is a take on their heavily popular LG Tone earphones you probably seen everyone wear. They still have the capability of earbuds coming out the neckband and going in your ear but now you have this option of pumping sound through the neckband as well. There are two speakers on the bottom and two on the top. You will have sound coming through the top and feel more vibration coming out the bottom if you are saying watching a action flick or something. Speaking of sound, they have partnered with DTS to provide you with this “surround sound” listening experience. So far trying them out the sound was good but there wasn’t much bass from tracks I listened to. I can see them being good for gaming though for those late night when you don’t want to disturb anyone and keep the noise isolated to yourself. Hopefully we can provide you with a full-on review down the line when they release in the coming months. They are estimated to retail for about $240-250.