I know I’m late to the game with this one in particular but better late than never. Deus Ex is a game series that I didn’t like right away. I initially thought of it as kind of a bootleg Metal Gear Solid because of the stealth style of play and complexed story arc. But it wasn’t until I played Deus Ex: HumanKind Revolution that I realized how good of a game and series it actually is. I also realized that it was nothing like Metal Gear and in fact totally different. When the latest iteration Deus Ex: Mankind Divided released I was excited to see what was next for the series in the next-gen and I hoped it would continue to follow the path that made Revolution so good. Luckily for me, I got what I wanted. Deus Ex: Mankind Divided is a great game.

Deus Ex: Mankind Divided is the third of the Deus Ex series. All three games address the conflict between “Augs” and Humans. It’s not until Deus Ex: Revolution however that we see the conflict begin to come full circle as it’s set 25 years prior to the original Deus Ex. Here’s a bit of back story just case you may not know. I’ll give you the short version. Advances in technology and science have pushed human kind into a new era of prosperity. Disease, famine, global warming, green energy have all been greatly improved to the point where the problem that created the science itself no longer exists. It’s gone so far ahead of what was expected that even humans and human organs can be genetically and mechanically altered. The “Augs” as they’re described are mechanically augmented humans with special abilities far exceeding natural human capability. Naturally, mankind would be fearful of this and rightfully so. It was found that the “Augs” alterations have become uncontrollable and extremely violent. The humans being fearful of what the augs were used to enter the Illuminati. They were conducting a secret operation to implant the augs with a special technology that had the ability to better control them. The intent of the secret program at its core was good but, all of this was being done without humans and government being aware. It wasn’t until a rogue member began to abuse the power of Illuminati to further the Augs cause that ultimately led to them being exposed and thus the revolution had begun.

Deus Ex: Mankind Divided picks up pretty much where the prior game Revolution left off. The Augs and Human kind are still basically in a civil war. It’s the year 2029 which is two years after the “Aug Incident” that took place in Revolution. Now we have a new uprising and it’s Jensen’s job to resolve this and just like the previous games you have a multitude of weapons and augments at your disposal to accomplish this mission. It won’t be easy and for that reason this makes Deus Ex one hell of a challenge. 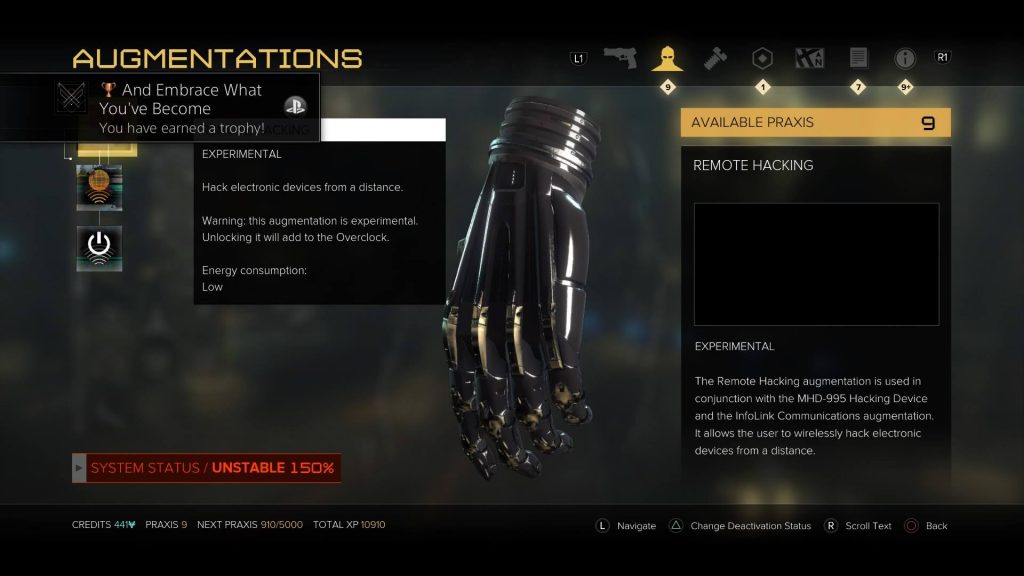 Augmentations are the most important element to Jensen’s character. They are Jensen. The augmentations in this game are what get you through it. Deus Ex allows you to play this game in any style you like because of these augments. You can go full on stealth, stealth and combat and if you’re insane, full combat although I don’t recommend that you try this, you won’t get far at all. 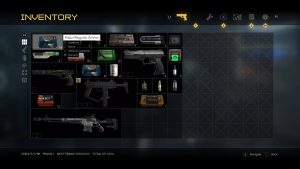 I personally liked to play the game in a stealth combat style. A lot of stealth, but I will use combat to get through missions. So I use invisibility, remote hacking, the nanoblade and a long-range tranquilizer sniper to resolve almost every objective. You can switch from one augment to the next but you can’t use them all. They take a toll on your physical health and will kill you if you mismanage them. Some of the augments are also a little unnecessary and I found that the game doesn’t really put you in situations where all of the augments make sense but it’s good to have I guess. Either way, at some point in the game you should try to unlock them all because you never know. But in my experience there are really only a few that matte such as hacking, fortifying, invisibility, lifting, icarus jump, and sense detector.

The right combination of augments will have you set up to survive any and all adversity but you aren’t invincible. Be mindful of this. You WILL encounter other augs that are more powerful than you even if you possess every augment. Cunning, smarts and good detective work will guarantee your success in Deus Ex more so than superhuman ability. One major thing, use your Praxis points wisely. They are scarce and you can only really get them by completing missions and tasks, hacking, takedowns, etc. These points are how you upgrade your body and using them hastily will leave you stuck with augments you may not necessarily need. Be smart with them.

Mission and Side Missions 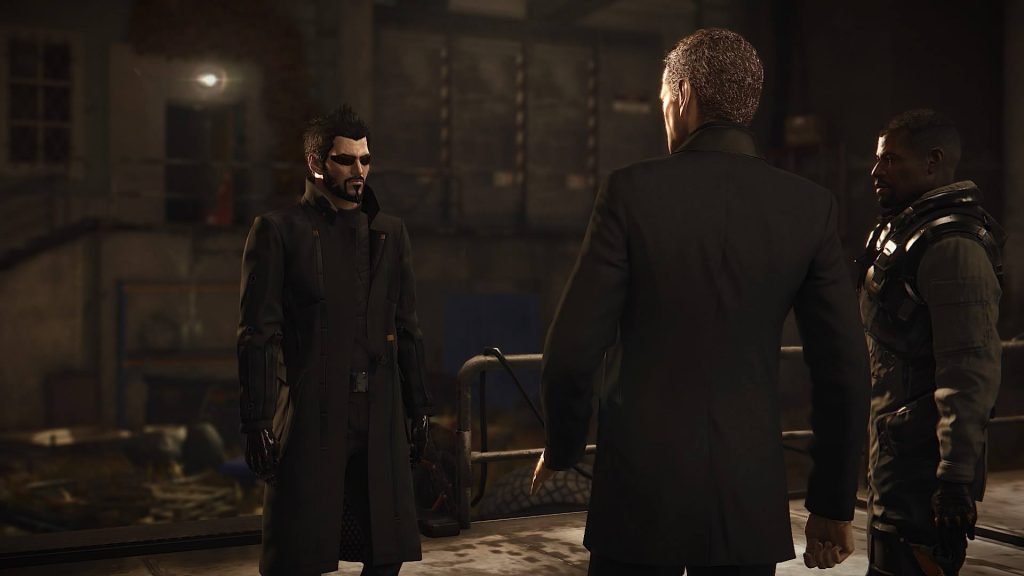 In Deus Ex there is a lot to do and be done. At the beginning your objective is pretty focused and it would give you the impression that the game itself may head down a linear path but the more you delve into the intricacies of the conspiracy at play the more the game opens up and you realize that’s there’s a whole lot of sinister shit going on. You’ll be running around all over Prague to figure out what the sinister shit is. You’ll be traveling from town to town and building to building looking for people, taking on side missions that expose more of the plot. The convoluted plot that is Deus Ex. Between the internal issues with a possible mole in the TF29 force and ARC itself, you have quite a bit to piece together. Try and do as much as you can within the game, it’ll pay off. 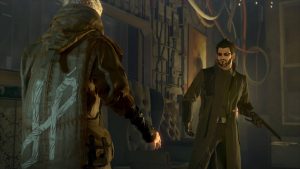 The story will seem overwhelming and at times it is but it comes together like a good mystery novel the more you play. The characters aren’t overly dramatic and the side missions aren’t either. They’re fairly short and compliment the story. Side missions will also change the story depending on the choices you make. No choice is wrong but the story becomes different. I’ve always liked games that can do this and not take away from the game with a new plot to the same story. It remains cohesive and unlike some games that play like this you don’t have to talk to every single person you encounter (Citizens here don’t say or help much anyway) and you don’t have to take on every mission but if you’re a perfectionist, do so. It’s all about choices.

Deus Ex is a game worth buying

Deus Ex is a must have game in my opinion. It mixes action and RPG in just the right amounts so that way the game doesn’t feel too much like either of the two. The story, while drawn out and complexed at times begins to make sense as you progress into the game. The customization aspect of this game is a plus because let’s be honest who doesn’t like a game where you can customize the hell out of your character and make him/her a super bad ass. All of the elements of a really good game. I was naive in thinking that Deus Ex was like Metal Gear Solid. It’s the reason I never played it and in the words of DJ Khaled “Congratulations, you played yourself”. Don’t be like me. Go out and get this game and play the shit out of it. It’s not a bootleg Metal Gear. It’s Deus Ex. Oh, and play the first two as well. You kinda have to. I’m late to the party on this game thus the review about a month a half later but the game is dope nonetheless. Look out for the October DLC as well.