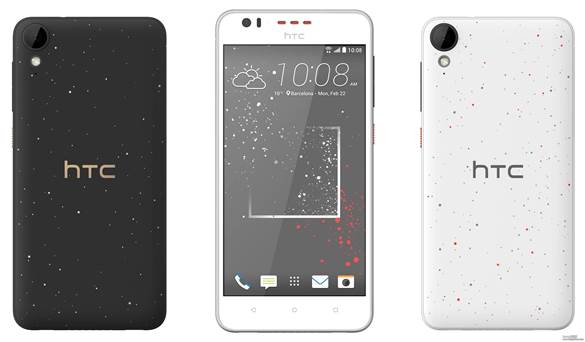 While there are bigger fish out in the sea such as the HTC 10 and even last year’s A9, HTC makes sure they have a nice entry leveled smartphone for those that wont want to break the bank but still want something simple and functional. Interestingly with the HTC Desire 530 it comes decked out in micro splashed paint which is unique on each device and no two should ever look the same.

There looks to be focus on the 5MP camera as it will have Auto Selfie and Voice Selfie modes which will help so you don’t have to push a button. Not to be cast to the side it will also include HTC’s BoomSound that is coupled with a high quality amp. Sounds like music to your ears.

The HTC Desire 530 will be available in Blue Lagoon, Sprinkle White or Stratus White. Prepaid and postpaid U.S. wireless providers include T-Mobile and Verizon Wireless, in addition to HTC.com. Each will confirm the colors and model availability. HTC.com will also offer an unlocked version of a Sprinkle White color for $179 later this month.