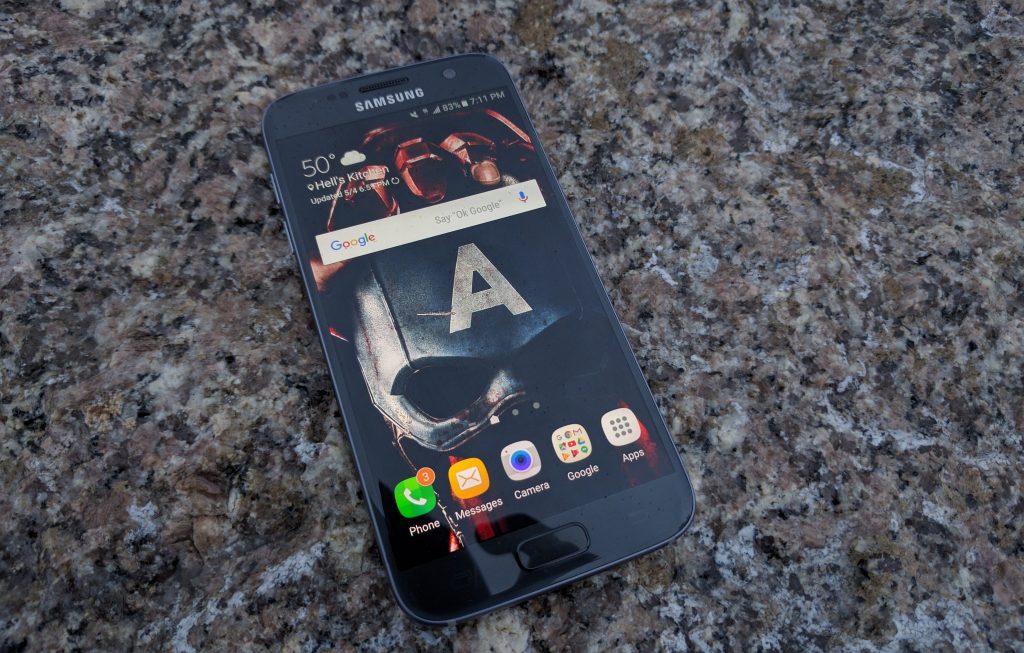 Now I know a couple of weeks ago I called the Samsung Galaxy S7 Edge “The Best Smartphone Out There” but now that I played with the smaller and similar Galaxy S7 smartphone my views may have been altered a bit. Samsung has been doing this double dose of flagships since last year’s S6 launch and I used to think that one phone is needed and it should have been the Edge. But using one after the other I can see how some may not like be able to get accustomed to those curved edges and just want something that is familiar such as the Galaxy S7’s design.

While it doesn’t have curved edges like its taller brother the S7 Edge, the Galaxy S7 is still a great phone to have in your hand. It’s not as slippery as the S6 model and its curved backing helps achieve a better grip in the hand. If you do happen to drop it you might feel better eased in the mind that it is coated back to front in Corning Gorilla Glass 4. 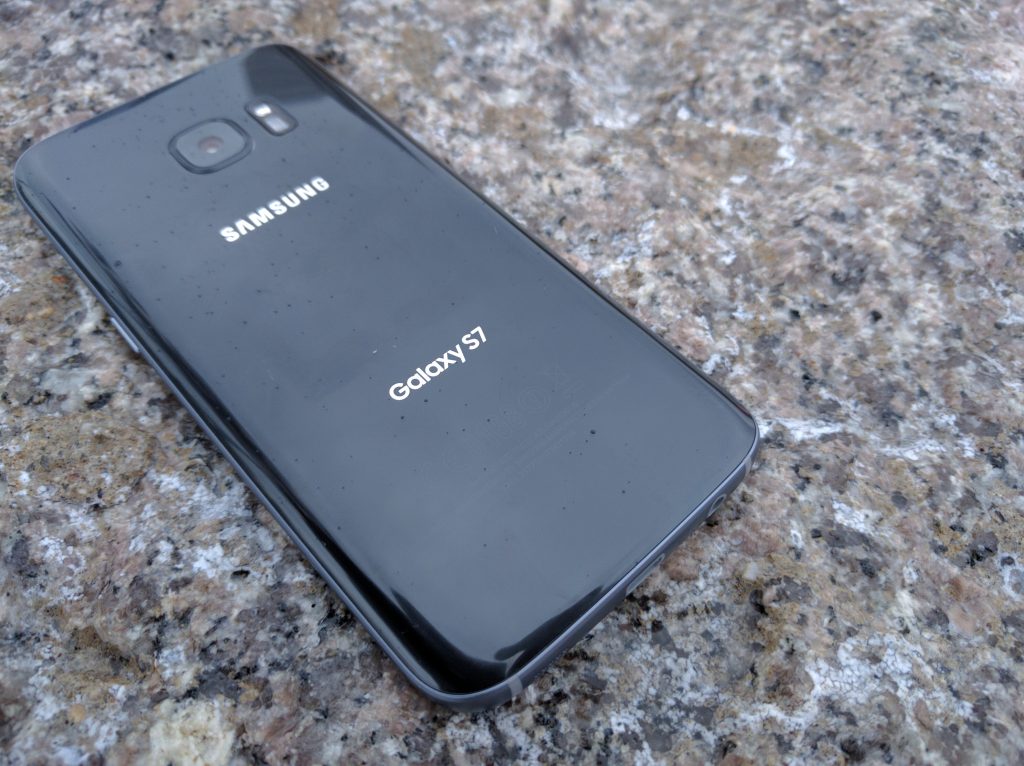 That doesn’t mean go crazy with it but it means it can take a bump or two. Besides that the S7 has nice clickable buttons such as volume controls on the left and power on the right. Dual Card Tray on top reveals a simCard and microSD slot for storage. On the bottom is an audio jack and microUSB port for fast charging. Don’t forget you can always go the way of wireless charging too if you want to go sans wires. Also the Galaxy S7 is water and dust resistant so you can get caught in the rain and still live to tell about it.

The S6 was a new vision of how Samsung wanted to create their smartphones but omissed such things as removable batteries and expandable storage it alienated Samsung loyalists and even made some venture elsewhere. Good news is that they have brought back microSD storage which can take up to 200GB card capacities but removable batteries are a thing of the past. I personally don’t miss them and as long as I can fast charge the built-in 3,000mAh battery inside it will continue to take a backside in my eyes. I feel keeping the phone sealed helped the Galaxy S7 running very sufficient with its 4GB of RAM, Adreno 530 GPU and Snapdragon 820 processor. I haven’t even noticed a hiccup running an assortment of programs. Also as I stated in the Galaxy S7 Edge review I’m glad to see they don’t get hot like the S6 did after a decent amount of continuous usage. 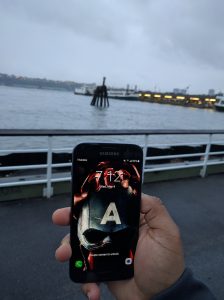 Now of course the curved edges are the rage in the taller S7 Edge but it doesn’t fit for everyone. The S7 has a 5.1″ Super AMOLED display with 576ppi but looks just as good. You still get sharp clean imagery, videos pop with color, and still good for playing some mobile gaming on. Now of course you might out some of the Edge features but even if you had that device you might really use them anyway. Always On Display(AOD) is available as well for those that might miss calls, need to know battery life or just want to be aware of the time without actually reaching for the phone. I felt this started with the Moto X line but it definitely works good in the S7 series. I don’t feel like it takes a hit on battery life but you are welcome to dis activate it. 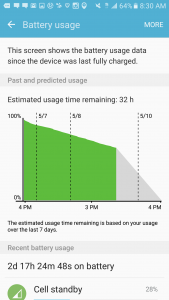 From the days of using the Galaxy S4, Samsung has really turned its TouchWiz OS life around. It has gotten lighter compared to its chunky days and run pretty good in conjunction with Android’s marshmallow(6.0) software. You wouldn’t really know it’s there too much since TouchWiz visuals are all over the place and things like “Doze” are unfortunately not available nor is Adoptable Storage. There are ways around this but you will have to do some digging. It optimization is pretty good as I left the S7 alone(accidentally in office desk over weekend) for a couple of days and still had over 60% battery life. Things you will notice is Android asking you for permission first whenever you launch something for the first time. But yes TouchWiz has a plethora of options, themes and of course multi-window. If you feel some old features are missed you can most likely download them. Glad to see this OS is getting better with age. The built-in game tools is a nice feature as it brings along Game Recording, screenshots, no alerts, etc.

As this is a T-Mobile model, it does have the usual bloatware but it’s not too heavy and can easily be disabled. T-Mobile is one carrier I have that doesn’t go heavy on the apps thankfully. Service wise I got pretty good T-Mobile coverage in NYC besides the usual spots like my house where its depressing but luckily I can make calls via WiFi.

So like the S7 Edge, the camera is identical front and back. You have a 5MP front facing cam for selfies or video conferencing which also records in 2K which is always good. On the back is the 12MP shooter which you will use most of the time. As started the S7(Edge) have one of the best shooters on the market. It takes crisp, colorful images and can be accessed quickly with just a double tap of the home button. Now I have tried shortcut camera launchers such as on the LG G5 nothing pops up as fast and smooth as the S7. Best thing this year with Samsung is the updates provided for low light shooting. It does a great job to adds to those usual dark photos you might have been forced to use with flash. Nothing has changed much in video recording as you can still do up to 4K video on the back lens. Below are some examples of video and various camera shots with the Galaxy S7.

Besides the missing curves of the Galaxy S7 Edge, the S7 is just as good that don’t need the added features. Crisp colorful display, quick picture-taking and runs smooth no matter what’s thrown at it. MicroSD storage is great to have back and with a 3,000mAh charging shouldn’t be a nuisance thanks to the battery size and fast charging equipped. If you do prefer the smaller size of the Galaxy S7 its comes in $100 less than the Galaxy S7 Edge at around $700. The Samsung Galaxy S7 shows what you can achieve when you give the public what they want.