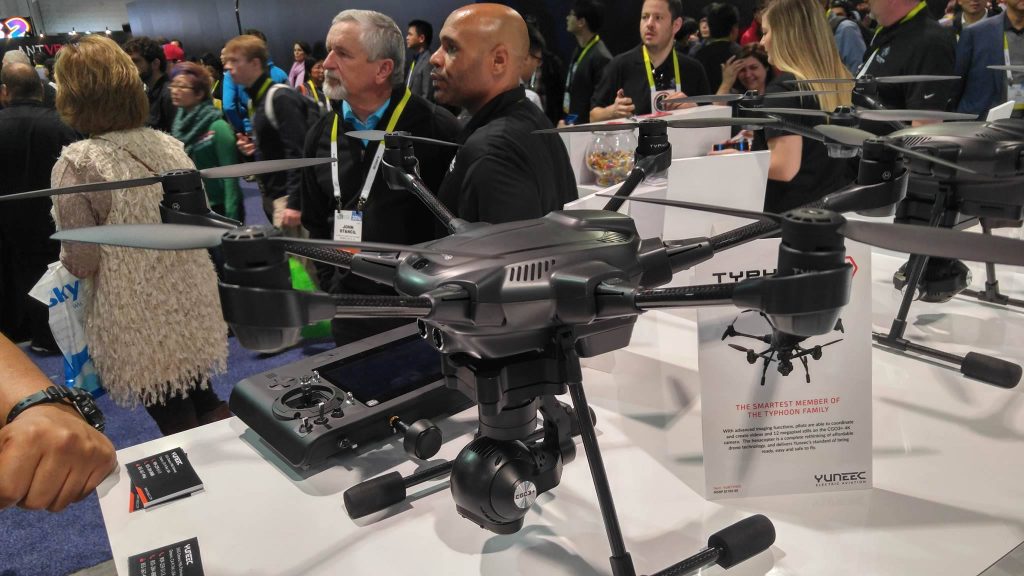 Everyone is getting a drone and this past holiday season has been representative of that with drone sales of all types going through the roof. It’s THE gadget to have. If you know about drones then you know that there are three companies that are really at the forefront of drone tech. Parrot, DJI and Yuneec. All three of these companies have signature drones that are leagues above the rest. 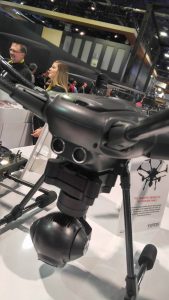 Parrot has the Bebop and Bebop 2, DJI has the Phantom 3 and the Inspire and Yuneec has the Q500 Typhoon and Tornado Pro. If you ask some people they’ll probably tell you that DJI has the best drones on the market right now with the Phantom 3 Pro and the Inspire Pro. Well, Yuneec would beg to differ and they can back it up with a seriously sexy new drone they unveiled at CES 2016 called the Typhoon H.

This new drone is absolutely gorgeous. It’s murdered out in all black. It’s got six propellers, it shoots 4K video, it’s got retractable lading gear and killer control console. The best thing about the Typhoon is that its what I would consider a “smart” drone. It has a proximity range system built into it’s software that essentially allows the drone to avoid large objects to protect itself from accidental crashes due to bad piloting or some unforeseen issue. That’s not all.

You get a great deal of camera features as well with the Typhoon H such as Orbit, Point of Interest, Curved Cable and a Journey mode. You can take this bad boy out and capture the scenery you want in 4k and accident free (for the most part). It all adds up to a feature packed drone that’s significantly cheaper than what DJI has with the same features or similar. 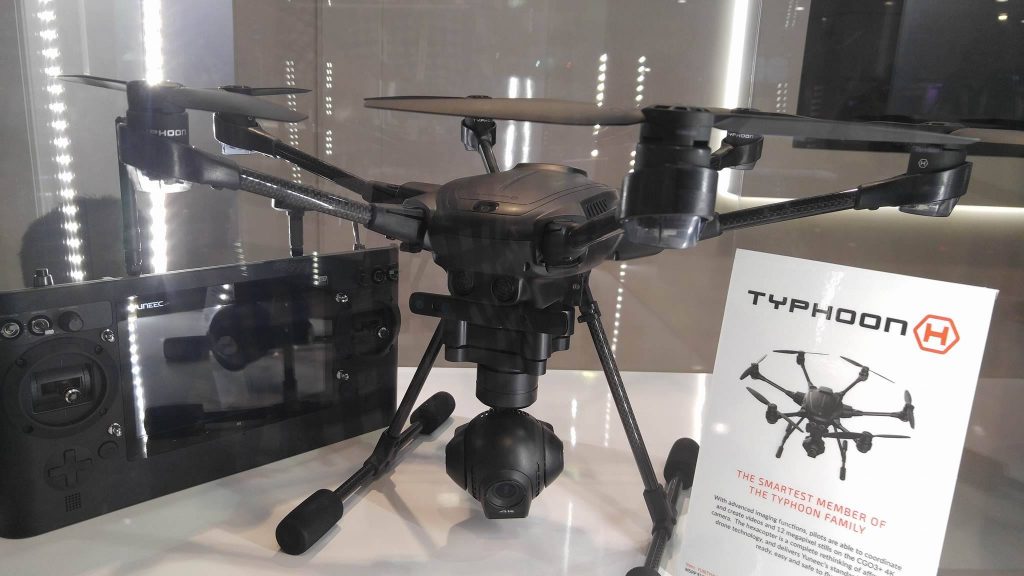 DJI has serious challenger on its hands. We will have more details on the Typhoon H as it becomes available but if you want to get an idea of what it can do, you can check it out HERE.

The Typhoon H is scheduled to retail at about $1800 which I’m sure is for the basic model. No word on whether there is pro version for this drone but it’s hard to imagine that there wouldn’t be one for the hardcore professionals