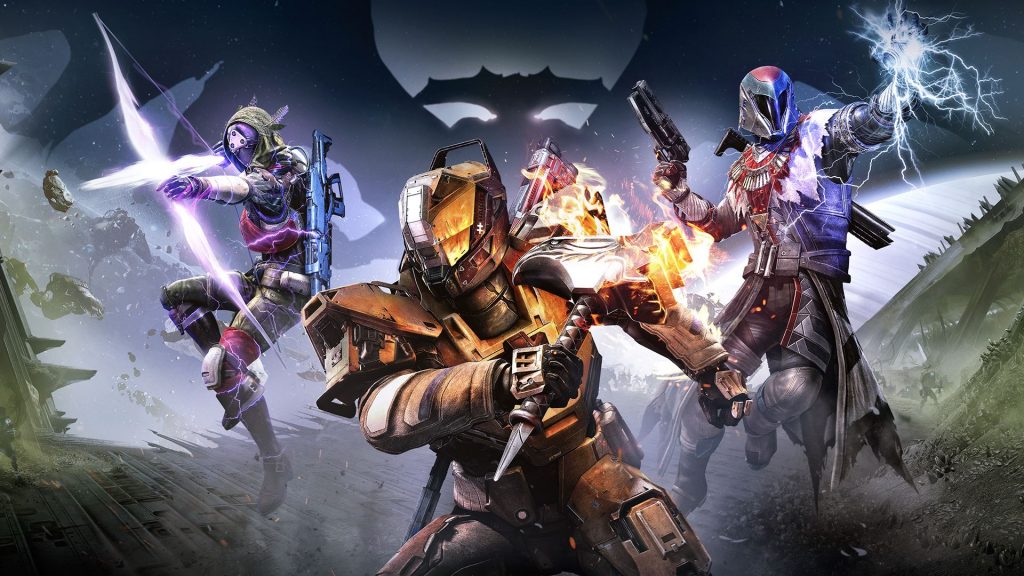 Destiny The Taken King is here and it’s the biggest DLC from Bungie since Destiny was released last year on September 9th. Bungie knew that they would have to impress for a number of reasons: Destiny as a whole had a very convoluted story, an unfair loot system, weak DLC, repetitive missions and a propensity to be mundane. These were the problems with Destiny, but for all it’s problems Destiny also has some great things that work in its favor. Great game mechanics, an immersive online multiplayer experience, beautiful look, lots of in-game guns and armor and the attraction to replay that, even those who “hate” the game can’t deny. Destiny keeps you coming back for some strange reason.

Bungie, released The Taken King this past Tuesday on September 15th for $40 and the question is “Is it worth it?”. When it comes to things like this it always depends on who you ask, but Bungie believes it is. I’ve played it extensively over the past week or so and as an avid Destiny player I love it but it’s not without some complaint. Here’s my take after a little more than a week. 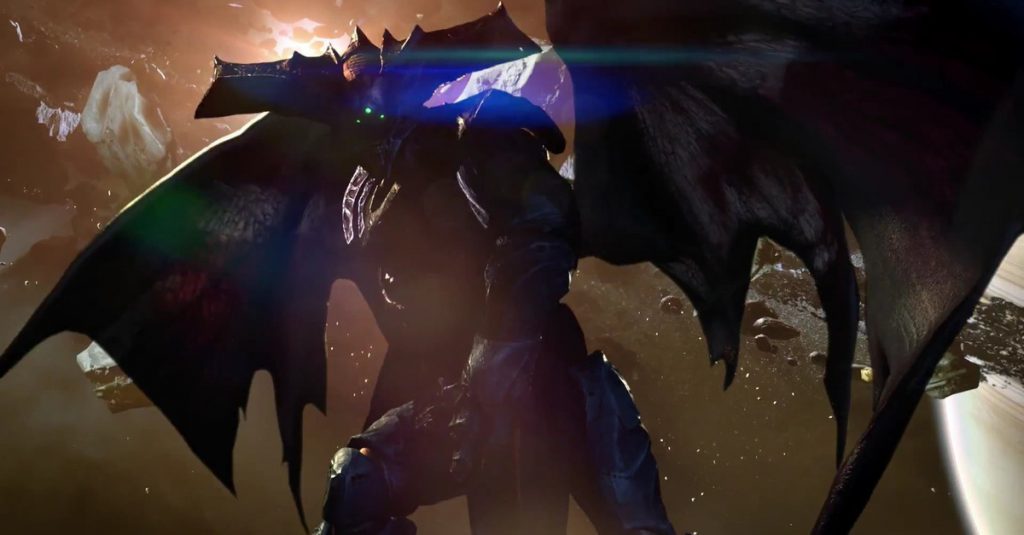 One of Destiny’s biggest problems if not THE biggest problem was the story or the lack thereof depending on how you see things. Bungie knew this was a big problem and took the time to really address that. With the arrival of big bad ass Oryx, it gave Bungie the perfect opportunity to create a new story from a really bad one and they did a pretty good job. You get it this time. 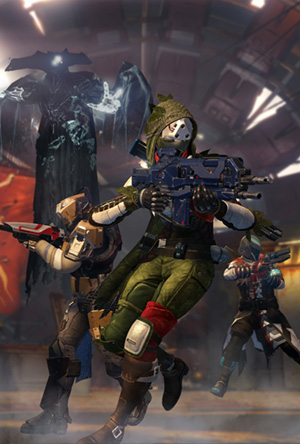 Oryx is determined to kill all of those who played a part in the death of his son Crota (which I rather enjoyed doing over and over). He’s all mighty and this time he’s brought the “Taken’ which are these dark army versions of the Cabal, Vex, Fallen and Hive. They are spread out on every map in the game and aside from dealing with your normal enemies the Taken add a new level of difficulty. TTK is based on playing out the elements of trying to kill Oryx before he kills the guardians and everyone else via the actual story that begins on Phobos. This continues with the quests and missions that you have to complete throughout the game. It all leads to Oryx and that’s the point of the story. Bungie didn’t bog it down with complex Sci-Fi narratives that hurt it initially and made it almost impossible to understand. They cut the fat, simplified the story, added a ton of missions and now we have The Taken King. 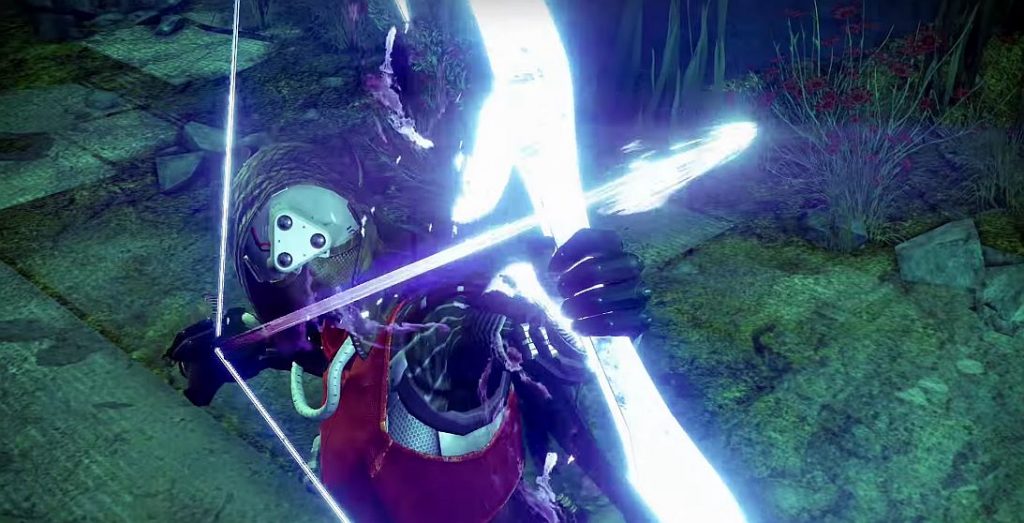 One of the great new additions to your guardian are the new subclasses. If you’re a Warlock you now have the Stormcaller subclass, If you’re a Hunter you have the Nightstalker subclass and lastly the Titan gets the Sunbreaker subclass. 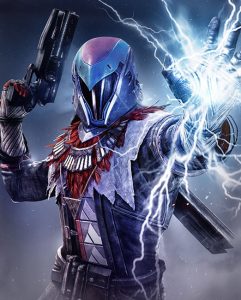 Each of the new subclasses add a more powerful component to the already powerful guardian. The Nightstalker uses a void bow or anchor to tether enemies together so you can wreak tons of damage on them being stuck together. The Stormcaller uses powerful bolts of electricity while the Warlock levitates to fry all enemies in the nearest vicinity and the Sunbreaker covers the titan in flames and allows them to throw explosive flaming hammers that set all enemies ablaze instantly (This is also my favorite of the new subclasses).

When you play this game you see how the enemies group together and combine to shoot at you from a variety of different angles. At almost every mission and quest you WILL find yourself and your fire team being overrun and outnumbered. Having these new subclasses really get out you out of jams in a hurry whether you’re on a quest or in the crucibles. Definitely loving the new subclasses. 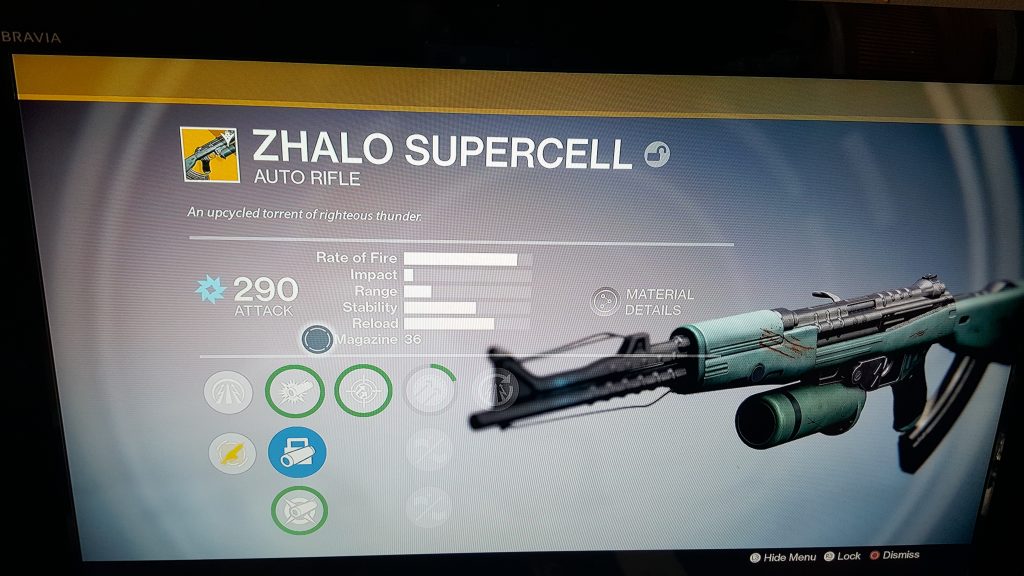 The loot system in Destiny was a bit of a problem in the first two DLC’s. Some weapons and armor just never dropped at all no matter if you did everything that a specific quest required. I still don’t have a Fatebringer or Fang of Ir Yut. There were so few opportunities to get legendary and exotic engrams it led to a lot of frustration for those who didn’t get the gear they wanted and weapon holder favoritism for those who had it.

The Gjallarhorn was probably the biggest example of this. It was the one weapon that everybody wanted to have. Raids were almost solely dependent on whether or not you had one, especially the Crota’s End Raid. It was sold originally back in week two by Xur but few had the strange coins or the general idea that this weapon would be what it was. It pissed players off. Those that didn’t have it wanted Xur to sell it and those had didn’t want Xur to sell it at all. It was a war of attrition for players. Bungie made the final call and decided it’s time to sell it. They did that and right after that they nerfed it knowing it wouldn’t become a part of the Year Two inventory of weapons. That pissed players off. Bungie had a response to this. Make exotic and legendary loot drops more frequent and less rare.

Finally, they heard us. This time around there are so many weapons to be had in TTK. The great part of this is that not all of them have to legendary or exotic like they would have to have been prior to be effective in the game. Bungie coupled that with the light system and made it work together. 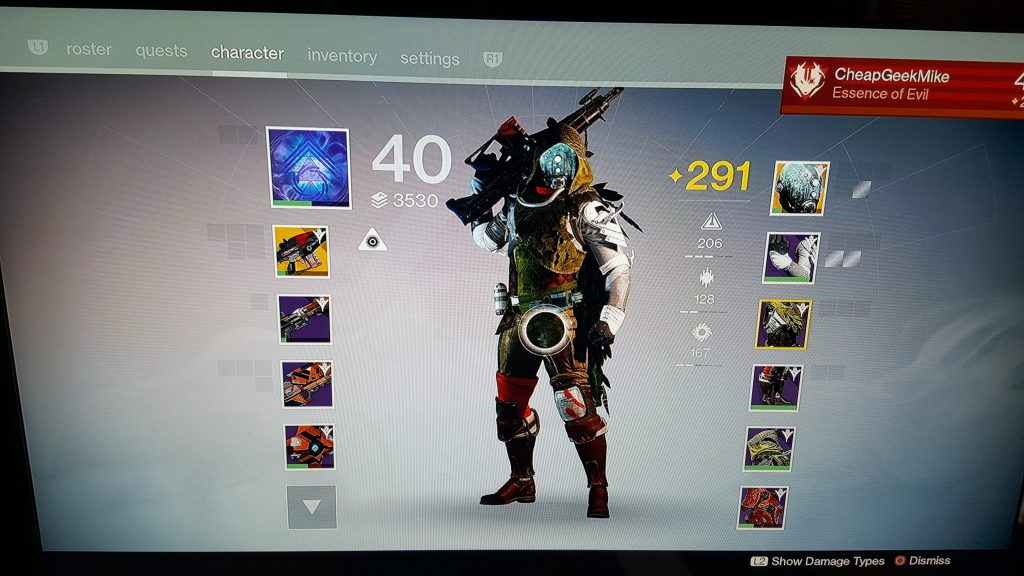 Leveling up your guardian wasn’t so bad in TTK. Bungie just reverted back to the original leveling system where missions, quests and kills build up your player level and the armor, loot, guns and artifacts you gain along the way determine your light level. Previously you have almost had to certainly have done any one of the raids or both to be able to achieve levels 30-34 prior to TTK. Now, the more you do missions, quests, nightfalls, daily and crucibles you have more opportunity to raise your light levels and be able to play with the more experienced players unlike before where it was incredibly difficult to find a fireteam to run with mainly because you didn’t have the levels to run and complete raids. Destiny players would know and avoid you. Now there’s no way to know and you’re more likely to be able to get on a fireteam and raid and get that gear you wanted and not feel so left out.

Bungie took the time and got rid of the old leveling system and the loot system and replaced it with a much easier and much less of a mundane grind type system. They also gave us a shit load of guns! THANK GOD. 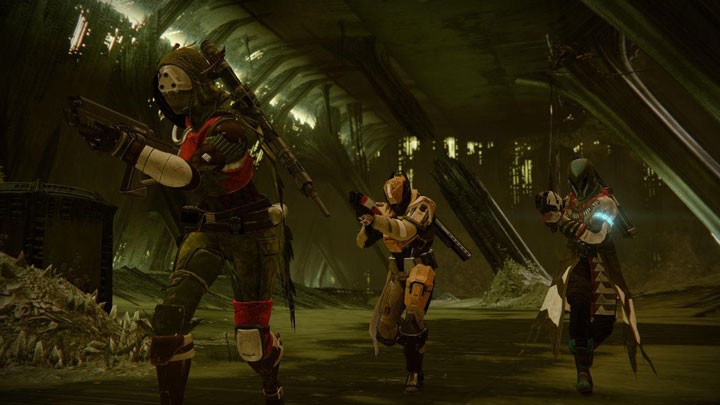 The best part of the game and the reason why we are constantly drawn back to Destiny are those missions, quests, crucibles and the raid. TTK has a multitude of new strikes and missions that are available to do. There are new bosses and plenty to keep you occupied without that sense of repetition for at least a week or two depending on how much time you devote to it. If you’re more of a casual player then the quests and missions should keep you occupied even longer. New players? Well, you’ve got work to do.

The Crucibles have gotten some big changes with new maps and new game modes. Rift, Mayhem and Zone Control just enhance what was already the most competitive element of Destiny. Now more than ever you have to bring your “A” game to the crucible. It’s not for the weak stomaches. Mayhem is all about supers, Rift is capture the flag and Zone Control is about holding down the fort and protecting the zones.

Quests are where you really get some of the best armor and weapons if you’re willing to do them. There are more than enough to either keep you busy or annoyed. I say that because some of the quests are really stupid and all you really end up doing is replaying the game from the very beginning. I would have liked if Bungie just left that out instead forcing nostalgia on us but you don’t have to do them unless you’re a person who wants to complete all aspects of TTK. For the most part, the quests are pretty cool and some of them you’ll definitely need to do and some of them you need to bring a team with you for. All of it is designed to prepare you for the King’s Fall Raid. 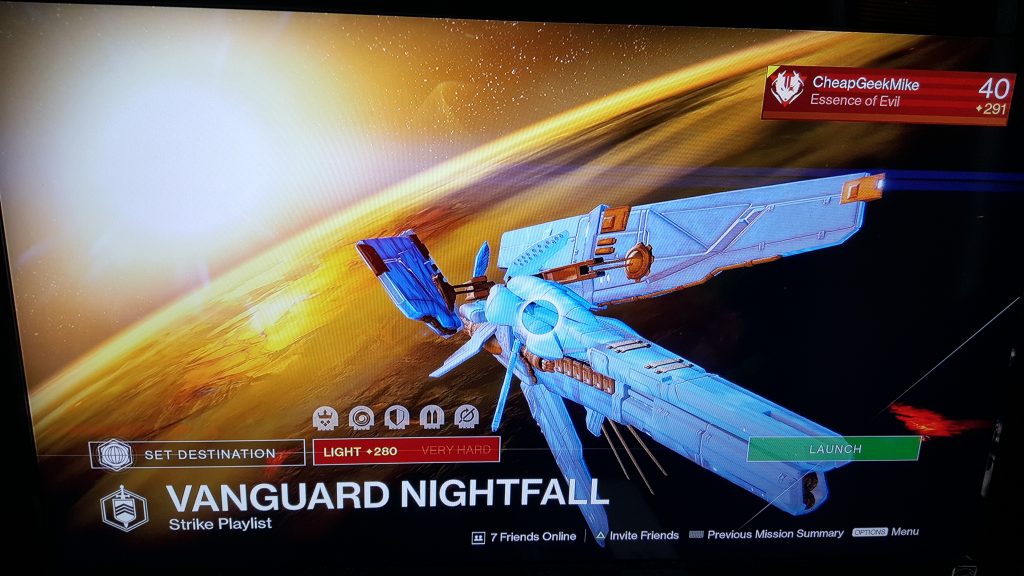 The King’s Fall Raid is what you bought TTK for and it’s what you want to do if you want to separate yourself from the other Destiny players by having the most exclusive gear, weapons, armor, emblems and shaders. Bungie went all out with the King’s Fall raid and Oryx is no joke. Just getting to Oryx is no joke. This raid is the most difficult and expansive to date. VOG and Crota’s End have nothing on this raid. If you want to have any chance at all in this raid a light level above 290 is absolutely a must. I won’t give anything away about the raid but if you’re person that can’t wait to see what’s in it then you click on this link and see what’s World’s First team to beat the raid did and how they did it and hopefully follow their path.

Should you buy it?

The looming question is “Should I buy The Taken King DLC?” The answer is yes. If you’ve never played Destiny before then this is the perfect time to play especially since Bungie got it so right this time around. It took them awhile but better late than never. What you get with TTK this time around is an expansive game with a much improved leveling system, great gunplay and action, great weapons and armor, character selections, the raids and one of the best online communities there is to have.

Despite the positives, there are things to complain about. The play can get repetitive, the grind can bore you, the DLC is too expensive and sometimes people in the online community can be jerks but no game is perfect and Destiny is no exception. What you do get is a game that you’ll be able to play for at least the next year or two because Bungie will be busy cranking out updates to give you a better experience going forward. That much I believe. I’m impressed with The Taken King and I’ll be playing as much as I can. If you wanna get down with my clan look for me @cheapgeekmike on PS4.

Destiny “The Taken King” is available for $40 DLC Only or $60 for the Legendary Edition which includes Destiny and all three Expansion packs.