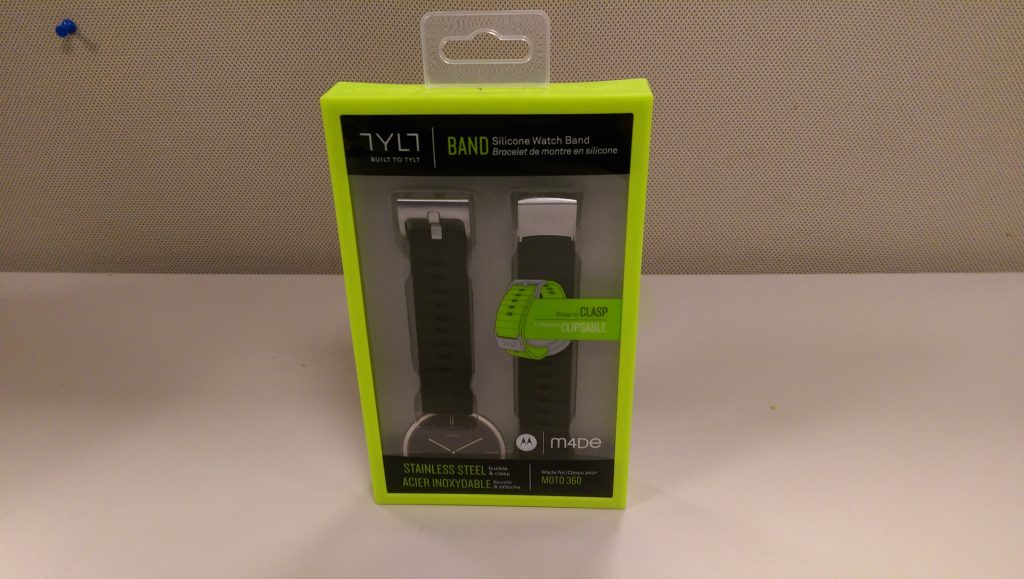 I don’t talk much about accessories on G Style, as I tend to focus on the big-ticket items. One of those big-ticket items was the Motorola Moto 360. When they came out I was all over that, as to me it was the best looking Android Wear based Smartwatch then. I reviewed it back in October 2014 and I’ve worn it ever since. The picked up the Black one with the leather band, and I very much liked the leather band. I knew with the Moto 360 you had the ability to switch bands (as they became available, which back then was that many), but I wasn’t much interested. The only band I honestly wanted was the metal band Motorola was said to be coming out with. I waited and waited, and then when it arrived it looked like nothing I actually wanted. I’m sorry but the Motorola Black metal band wasn’t attractive at all. After this I closed the book on bands and was content with my original leather band. 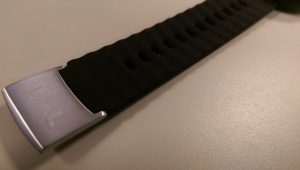 This was until of course during CES 2015 in January. Again I’m not a big accessory guy, so while TYLT does make some great products and I use a few of them, this wasn’t a booth I was running to check out. No fault of TYLT of course. But as it happened when some of my staff wanted to check out the booth, I took a look around as well. This is when I seen the band for the Moto 360. After speaking with the rep who took me on run-through of the product, I considered myself intrigued. At first hands on, the TYLT Band looked and smelled nice (yes smelled lol). We spoke about me checking one out when it staring shipping, and I walked away intrigued but not so excited.

When the TYLT Band for Moto 360 arrive, I didn’t initially rush to test it out. But as I got some time I decided to let’s just do this. The band swap process was fairly easy, and TYLT included all the tools you would need in the packaging which was a nice touch. I took me about 5 minutes or less to make the switch and then I tried on the Moto 360 band. The TYLT one is a silicone based band which is durable and sweat/water-resistant. It feels great on my skin and generally is very comfortable when on my wrist. The one thing that isn’t easy about the band is putting it on. Putting on the Moto 360 with the TYLT band is a chore indeed. It is something about the end of the band with the large metal tip. That tip is very challenging to get though the hoop on the other side. I’ve had the band for quite a while now and while I have gotten better at it, it is still a chore. 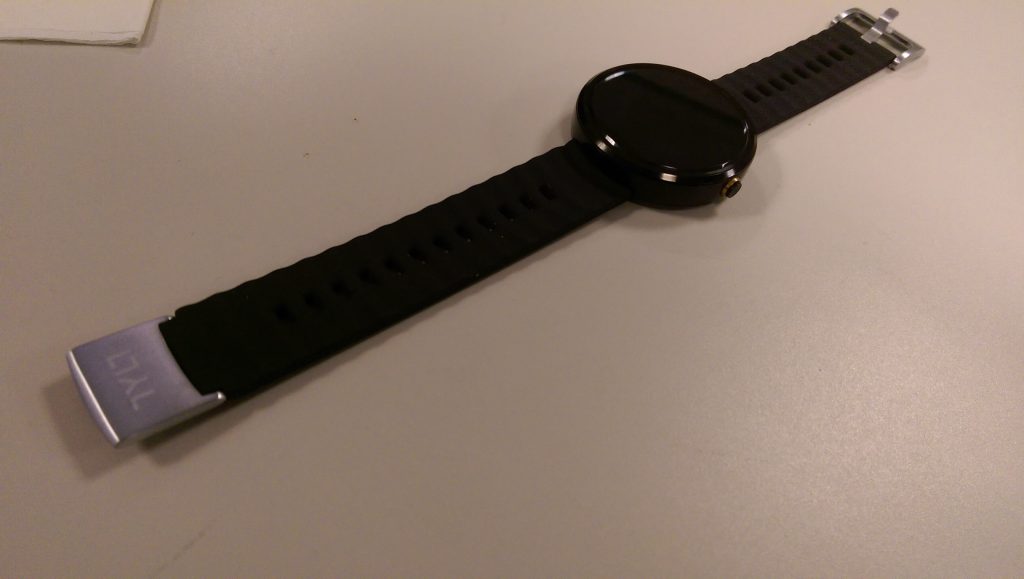 However once the watch is on and connect, the TYLT band feels great. So much so that I haven’t gone back to my original leather band so far. The TYLT band is truly comfortable enough where I like to wear this one everyday. Will I go back to my leather band, who knows. But I do know this TYLT band isn’t giving me any reason I would want to leave it. If you have the Moto 360, you can pick up one of this Band from TYLT for $29.95 and it comes in Black, Blue, Green, and Purple.