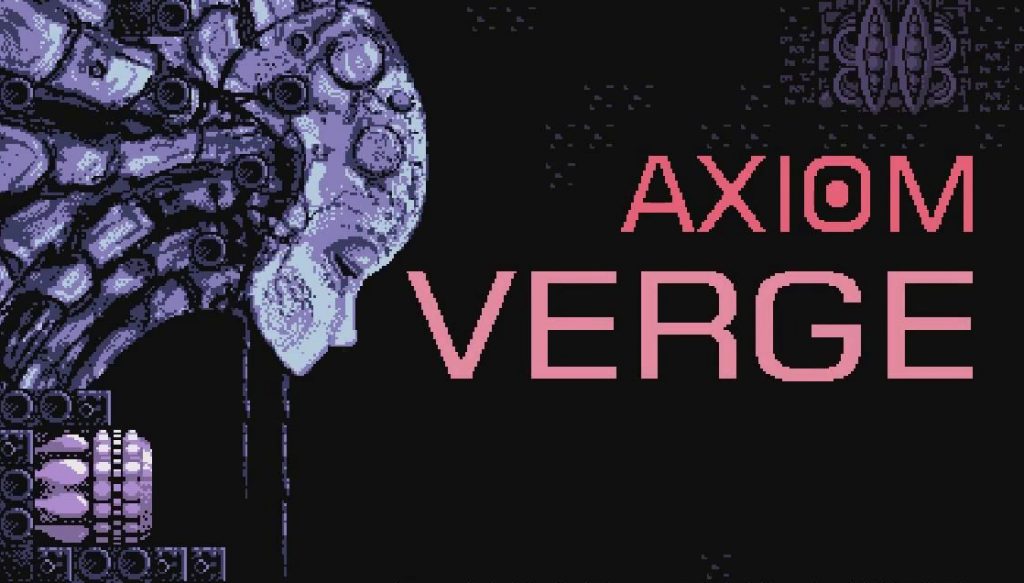 The Nintendo Entertainment System (NES) was the best gaming console ever made in my opinion. EVER. Why? Because the NES had the best games from Super Mario, Punch Out, Zelda, Mega Man, Metroid and so on. It was the best and it was only 8-bit.

Although gaming technology today has far exceeded what the 8-bit NES could do, it doesn’t stop myself and others from wanting to play those old school games. It also doesn’t stop 8-bit retro style games from being created independently and brought to today’s gamers. Gamers young and old understand what these games are about which is why Axiom Verge is easy to like and so much fun to play. Axiom Verge would have made as much sense to play then as it does to play now.

Axiom Verge is another addition to the 8-bit retro style game genre that as of recently has become pretty popular. It’s gotten a little over saturated but the good ones really stand out and this game is a good one.

The plot is a little convoluted but it seems to go like this. You’re playing the game as a scientist named Trace who died in an accident but somehow wakes up unconscious in this mysterious ancient cave-like world with a mission and guns. Lots of guns… Gadgets too. 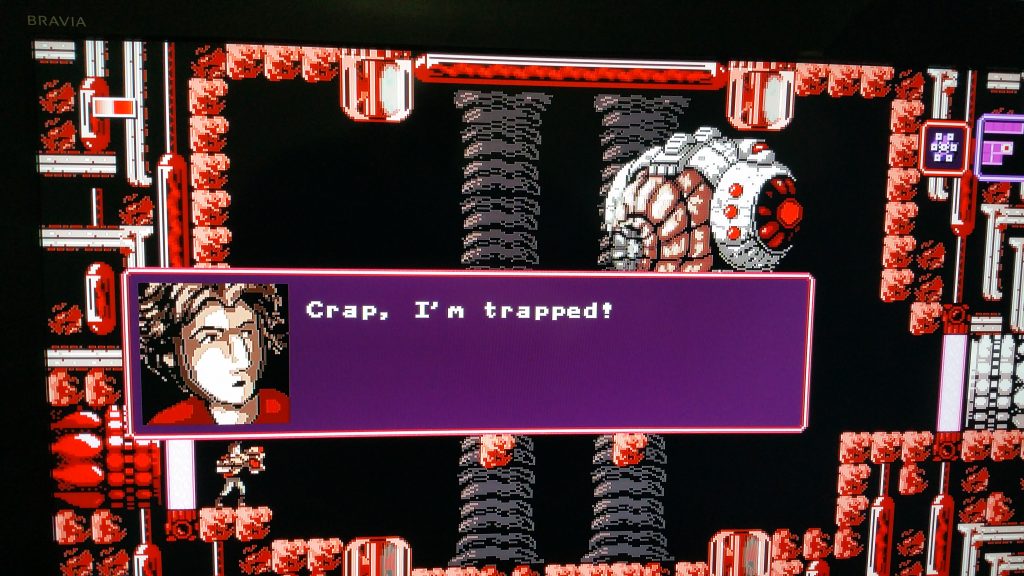 From the beginning it was kind of hard to determine what it was that I was actually supposed to be doing, but from what I was able to gather by playing the game, I know that there are aliens here and they need to die. Simply put.

Right away you get a kick ass gun for your cave exploits and the search begins. The more you search through these caves you get either another gun or gun add-ons or just add-ons in general to make Trace more deadly as he travels through these caverns and tries to piece together what his purpose is. The more you play and find your way through the caves you’ll find these diary entries scattered throughout and you hope they give you a clue but alas, they only make the plot more confusing. I’m still trying to figure out if maybe Trace is in the afterlife or not? Oh well. Who cares? Game on.

I love the “Metroid” type of feel to this game. I’m sure that Tom Happ who created this game would take an exception to that comparison but it’s meant to be complimentary. Axiom Verge is nothing like Metroid but it kind of has that look and when I started playing it that’s kind of how it felt, and it’s a good thing. 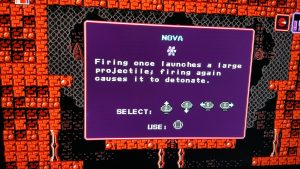 There are a ton of weapons and add-ons that really make Trace a force to be reckoned with. My favorite add-on is the laser drill (You’ll understand why once you get it). Having an assortment of weapons to choose from makes the game that much more fun especially since the caves have weapon requirements as well as the variety of enemies, mini bosses and stage bosses you’ll have to deal with that require a certain weapon.

The challenge of the game is welcome and I have a love/hate relationship with it. Axiom Verge is NOT a game that you will breeze through very easily. It takes a little work. It’s old school and this is how it went with games of this type back then. Would you pay $20 for this game if it were a cake walk? Probably not.

Axiom Verge is not a perfect game and there are things that I just don’t like. For starters, Axiom Verge can be frustrating. The map that you used throughout you time in the game is not the easiest to navigate with. So many times in the game I found myself in kind of revolving door scenarios. Sometimes I didn’t really know where I was only to die and have to figure it out all over again. Strangely enough, this is EXACTLY how it was during the NES days and no less frustrating. 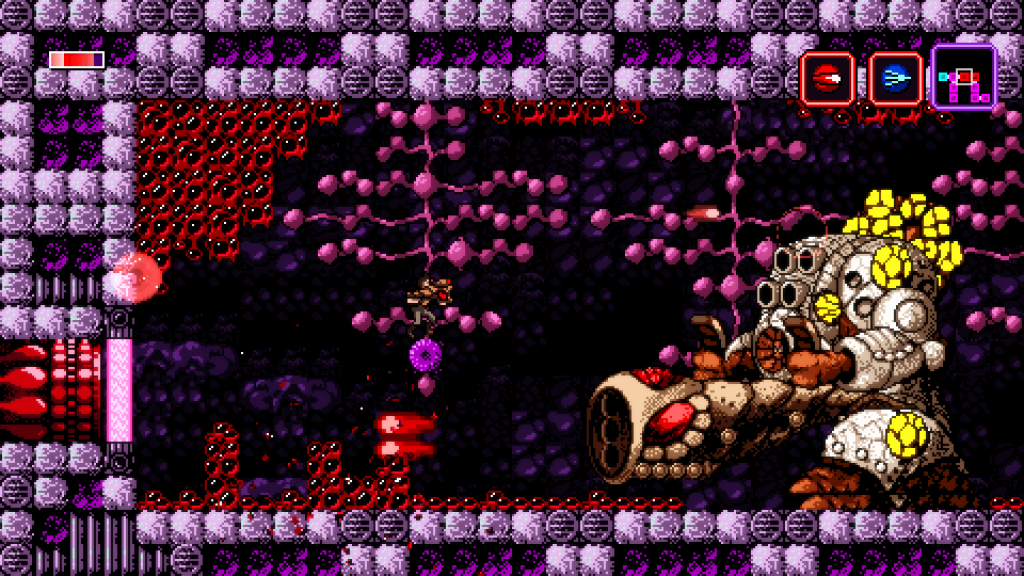 Boss fights were particularly difficult. Of course I have the expectation that as I progress through the game that the game wouldn’t get any easier but maaaaaaan! I can remember fighting one of the bosses and while trying to figure out his pattern of movement I also had to impossibly dodge a hail of bullets and projectiles all over the screen. If there was ever a reason to throw your controller at the wall… That was it.

Despite any dislikes I may have with Axiom Verge, largely it’s a really good game and I had and still have a lot of fun with it. It really takes me back to the NES days. From the cheesy music to the Metroid type gameplay (forgive the comparison, Mr. Happ), to the controller throwing difficulty at times. If you put it all together it’s a retro style game that really just works. Is it the best of this type of game that I’ve seen thus far? Nope. I will say it’s a top ten for me in the 8-bit genre and yes I would recommend it and yes I didn’t mind paying $20 for a game with a jacked up story. Shit, I paid $70 for Destiny which is a game about nothing, why not this? My advice, If you’re looking for a cool old school style game to play on your PS4 you should definitely make this a selection, not to mention it’ll be available for the Vita real soon. Check this one out for sure.