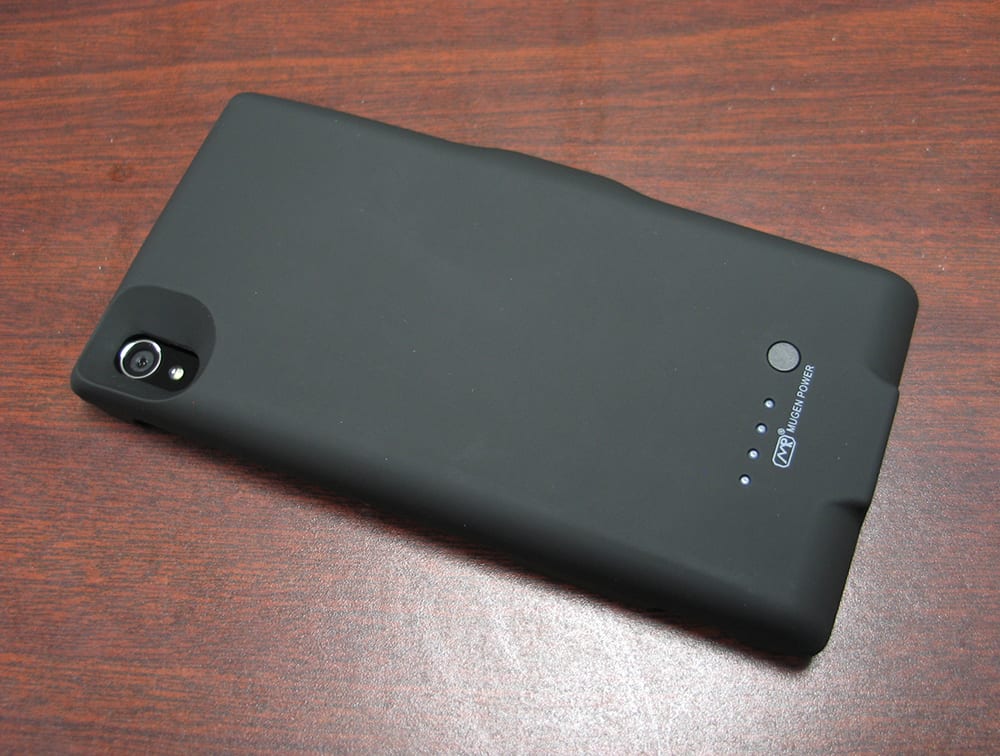 If you have a smartphone, you probably know the joys of wasting away hours of your time on it, whether it be playing games, listening to music, watching videos, browsing the web, sending emails, and updating all your social networks. There’s pretty much nothing you can’t do on a smartphone now, as long as your have power. That’s right, the one really big drawback from spending that much time on your smartphone is that it pretty much drains your battery much quicker, leaving you powerless when you actually need your phone for an emergency. Sure you could continuously charge up during the day by plugging yourself in, but what a waste of time that is. Of course there’s also the solution of carrying around a backup battery or charge pack, but that can sometimes be a less than elegant solution. Instead, why not use a battery case for those days that you know you will need to power up continuously?

Take for example the Sony Xperia Z3. This phone already has the reputation of providing you around 48 hours of use on one charge. That of course is with regular usage. If you’re a power user, the battery is not going to last 48 hours. I’ve played a few games on it that will literally eat up large chunks of power in just a couple hours of play. To solve this issue, Mugen Power sent over their new, 3700mAh Battery Case for Sony Xperia Z3 (CC-XPERIAZ3). As you can tell by the name, this battery case features a huge 3700mAh battery which is larger than the Xperia Z3’s current 3100mAh internal battery.

The Mugen Power Battery Case for the Xperia Z3 pretty much looks like most battery cases out there. It’s a large snap-on style case that adds quite a bit of heft and girth to the svelte lines of the Xperia Z3. This is the case with most battery cases so I”m not surprised at all with the extra bulk that is added. The Mugen Power Battery Case features a soft touch coating that makes it feel very smooth and comfortable when in your hands. There are LED lights on the rear that indicate how much charge is left on the battery and has all the correct cutouts necessary to support all the the Xperia Z3’s many ports and buttons. 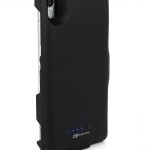 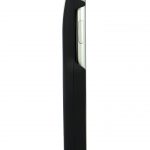 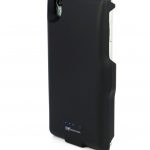 Again, the case adds quite a bit of bulk to the over all package. I’d say that it makes the Xperia Z3 almost twice as thick, but it does make the phone a bit easier to hold and a lot less slippery, which is one of the main complaints I have about the phone. On the protection side of things, the battery case doesn’t really protect the device that much from drops. There are several exposed areas present and when dropped, I can see where the Xperia Z3 could take some small damage. That’s probably one of the only real main negatives about the design.

The Mugen Power Battery Case to me isn’t something you’d want to have with you all the time. It’s a heavy, bulky case that in all honesty isn’t something you really need on a daily bases if you never had trouble with running out of juice. For me, this is something one would use if you were traveling somewhere where it might be difficult to find a place to charge up at or where there isn’t any place to charge up at at all. For instance, if you’re taking an international flight, we all know how hard it is sometimes to find an open plug to use and this would be just more convenient.

Luckily, the Mugen Power Battery Case for the Xperia Z3 is super easy to put on and take off, making it a cinch to use when you actually need to use it. For me, I had it on a couple of days and really noticed how much more weight and bulk there was in my pockets. I ended up taking it off, but I will be using it again soon on my trip which I know I will be away from any charging stations for quite a while.

The Mugen Power Battery Case isn’t for everyone. In fact, I would say most battery cases aren’t. These are cases that I suggest for people who are on their phones constantly and don’t want to be tethered to a wall every few hours to recharge. These aren’t meant to protect. These are meant more for the power hungry who don’t mind the extra weight and bulk in exchange for pure convenience.

For those power users and road warriors, I highly suggest the Mugen Power 3700mAh Battery Case for the Xperia Z3. It will more than double your current battery capacity and allow you to go much much longer without having to plug in. This is great for very long trips, such as flying by plane or if you’re out camping or hiking and don’t have access to a power source. It may add a lot of bulk, but the amount of extra power gained far exceeds the inconvenience of the added bulk. You can grab yourself the Mugen Power Battery Case here.