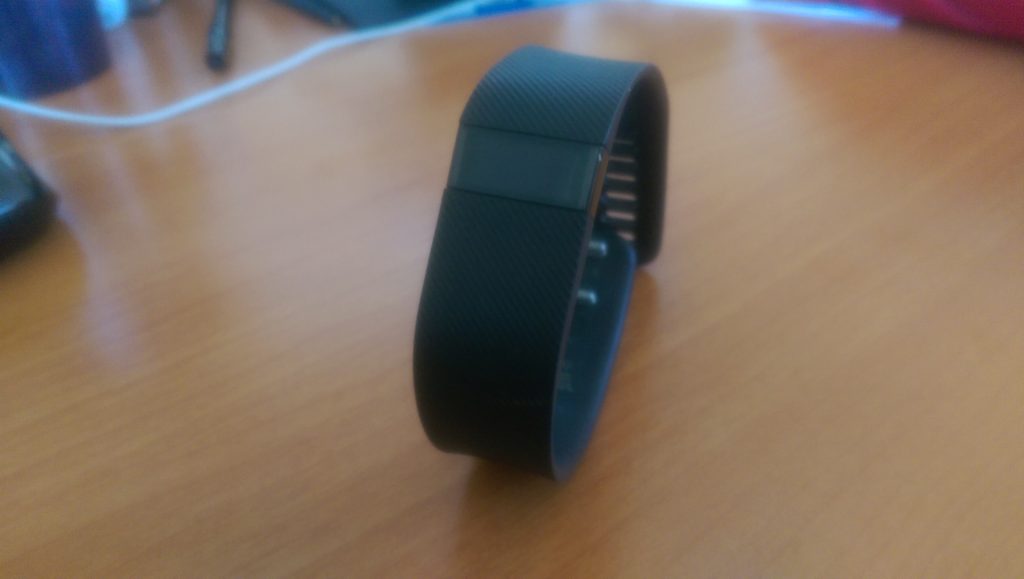 The Fitbit Charge didn’t get to us in time to make our holiday gift guide this year, but if it had it would have definitely made the list. Fitbit make some great activity tracking device that aren’t too complex to use. Most times you just put it on and forget about it. Not too long before the Charge, Fitbit had the Force tracking which at the time was the top of the line for their product line up. Due to some issues they had to recall this products which was truly a shame. I loved it and was sad to see if go. Now it seems like they have reinvented this products now called the Charge (I wish it was still called the Force, but only because of geek Star Wars references lol), and it looks like the baseline mode of its new era of device. How does the Charge hold its own compare to it predecessor and within the new line of upcoming products. If the Charge worth it? And you have to excuse the title, it was just to tempting now to do it lol.

Is This The Force Awoken? 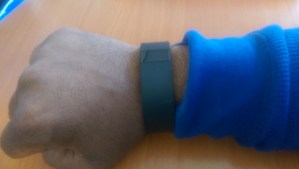 To say I was excited when I heard about the Fitbit Charge is an understatement. I was an active user of the Fitbit Force (my thoughts on the Force here) and was unable to get a replacement when mine had an issue due to the recall Fitbit had on the Force. I personally didn’t experience any skin issues with the Force so I was sad to see it go. Now we have the Charge! Now you wouldn’t be called crazy if you looked at the Charge and thought, ummm isn’t that the Force? The Fitbit Charge looks very similar to the Force. The Charge keeps the same look at the Force but gives the band a textured look. It both feel nice to touch and looks good. Just enough to give it a different look form the Force but not look too out there. A simple and subtle change, but it looks great in its simplicity.

Now it would have been silly to put out a product similar to the Force with just a slightly different look. And again this is a new era for Fitbit, so besides looks the Fitbit Charge does add in some new features. First off is the ability to automatically enter and exit sleep mode. No more manually activating and ending this. The Charge is smart enough to figure out when you are sleeping and track this information for you. A welcome feature if you asked me. Many nights data has been lost when I figure to turn sleep mode on.

Another feature is the ability to see text and caller information on your Charge. Though this isn’t a feature I would use personally (I have way too many gadgets that show me this), if the Fitbit Charge is your only wearable, then this is a great little feature to have when out and about if you don’t want to take out your phone. Now other than these new features and a slightly longer lasting battery, the Charge handles of course all your basic tracking information. Steps, Distance, Minutes Active, Calories burned, Floors climbed, and silent alarm are all present. 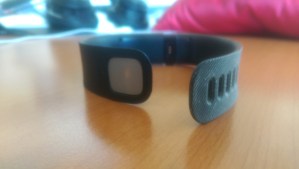 I had no doubt I would like the Charge and after using it constantly for several weeks now, I love it just the same as my Force. I believe it does also a better clasp now, so once I put it on it was truly put on a forget. Most times I don’t even think about it or feel like it is on. I’ve gotten so use to it just being there, I don’t have to worry about it. Also with the new automatic sleep mode I don’t have to constantly remind myself to activate it before I go to sleep. Big plus on this one (side now thanks to this information I’ve notice for the last several week I’ve been averaging 3-3.5 hours of sleep each night, I need to work on this!). The battery has also helped me with the improved time. Before with the Force I might have gotten a about 5 days on a charge, now with the Charge I can get about a full 7, maybe 7 and half days. This is great because I can go a full 7 day week before I need to charge again, so now I can truly only think about it when it comes to that one time a week.

To Charge or Not To Charge

The Charge is a great product to pick up. If you are starting off with step trackers I would recommend the Charge. If you are buying a gift for a loved one, right now I would still suggest the Flex, but really the Charge is the new baseline of the game. But then the question comes to get a Charge or not. Now the Charge is a great product, it’s only downside to picking one is that there are better ones coming from Fitbit. Coming soon Fitbit has the Charge HR would allow for heart monitoring and the Surge for the really active set. With so many good choices coming, it might be hard to choose Charge, especially with Charge HR around the corner. That being said, the Charge is still a great choice. If you just need a basic tracker to cover the main items like steps, distance, etc and want the automatic sleep mode and awake alarms the Charge is your tracker!

The Charge goes for $129.99 and is now currently available. You should be able to find it at most retailers. Best Buy has it and I know quite a few others as well!