Okay you just been gifted a brand new Sony PS5 or a Xbox One. You also been gifted with a bunch of cards with money in it (hmm do people still do that or is it all gift cards now?), now what? Well you can take your gaming to the next level with a pair Astro Gaming A50 headset. But why get the Astro Gaming A50? 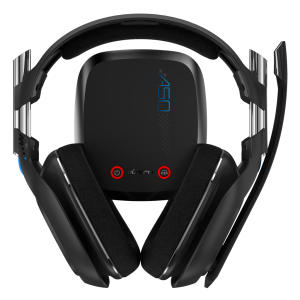 Well first off it is wireless, and in 2014 going into 2015 your gaming headset shouldn’t have the burden of being tethered. You should be free to move around without tripping over yourself. Also if you need to run into another room (nature calls…) for a quick second, you don’t have to worry about taking off the headset and putting it down. Just slip on your neck and go or leave them on and still trash talk from the can (if you are within radius, just don’t forget to mute while in there lol).

Second for that Dolby Digital 7.1 surround sound! I remember the first time I put the A50s on and was playing COD (Call of Duty). I could hear perfect the person sneaking up on me from around the corner, and was able to attack before being killed. It was a proud moment for me as I’m often on the receiving end of the death in these games. No the A50s didn’t make me a better player, but now I could at least hear my death coming and try to do something instead of getting caught unaware. 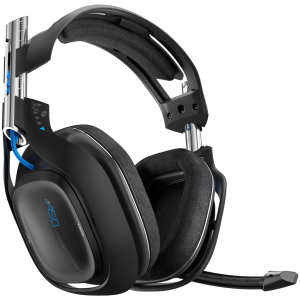 Last I could talk about the flip up mic for mute (really cool), the 5.8Ghz wireless technology (much needed), the work with pro gamers and top audio designers in Astro Audio (yessir), or even the EQ settings feature. But serious how cool does this headset look. If I’m trying to beat someone, I want to do it in style!. Astro Gaming has style, and if you are going to frag someone, might as well do it with style!

The new Astro Gaming A50 wireless headset system is currently on sale for $300 for all the consoles and $340 for the PC version. Available now www.astrogaming.com You can try and win a pair right here on the site, check it out here as well