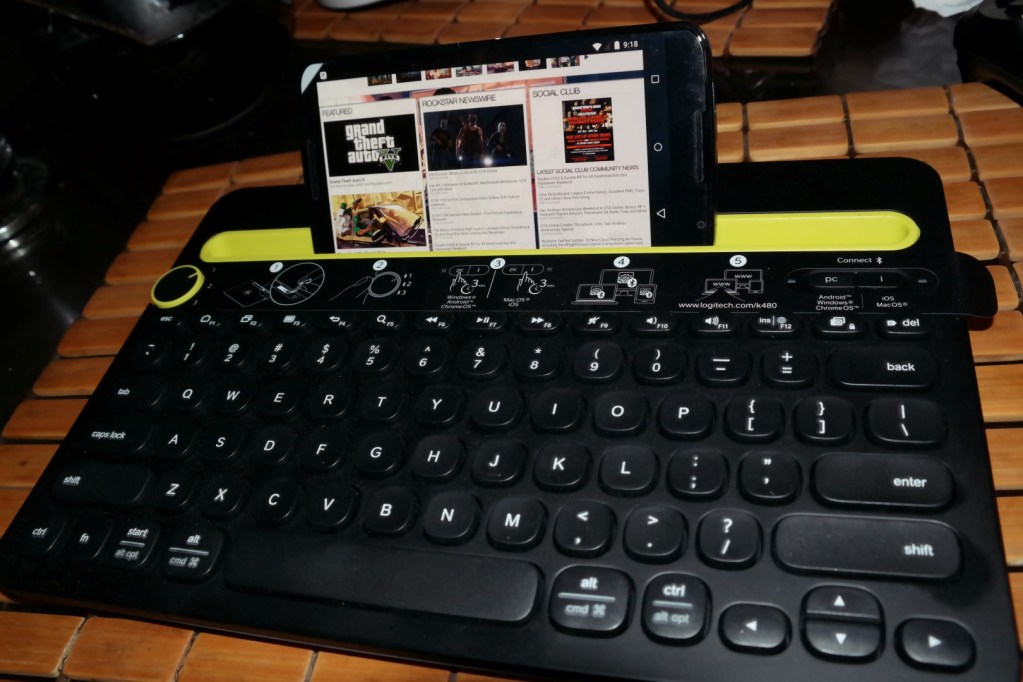 Everyone has at least two devices they alternate from heck some have even three or more. It’s usually a PC and your mobile device whether it be iOS or Android that you as well. One thing that can be an issue at times is having to stop your typing, grab your phone and then go back to what you were doing. The K480 by Logitech looks like it is trying to combat that issue and make your keyboard typing seamless and across all platforms. Question is how does it work and is it even any good? 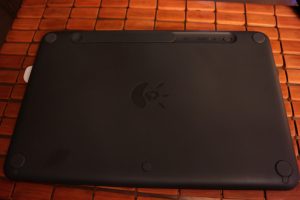 The K480 comes in either colors of black which im covering or white. It is a bluetooth keyboard which has a regular layout but also has alternates to fit the scenario of the operating system you are using. There is an integrated cradle for placing your smartphone and/or tablet and a dial on the left side to adjust it to three different configurations. It does have a nice weight to it so it’s not something I’d consider carrying with me everywhere on the go but rather keep at home. 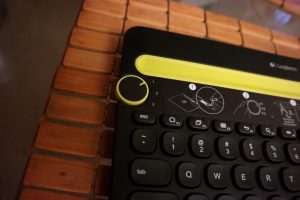 Setup is pretty easy and just takes syncing it up to your device of choice via bluetooth. I have tested it with an iPhone, a couple of Android devices and even the Surface Pro 3. All worked with ease and there was no problem swapping back and forth by just turning the dial. It may just take some getting used to especially if you are always using touchscreen devices. Once you get the hang of it, all the shortcut keys are easy yo utilize.

The K480 is great for those that like to do a ton of typing whether it’s on a laptop or smartphone and can multitask without issue. It is a bit on the heavy side and would consider it to be a device companion for the home than rather outdoors.