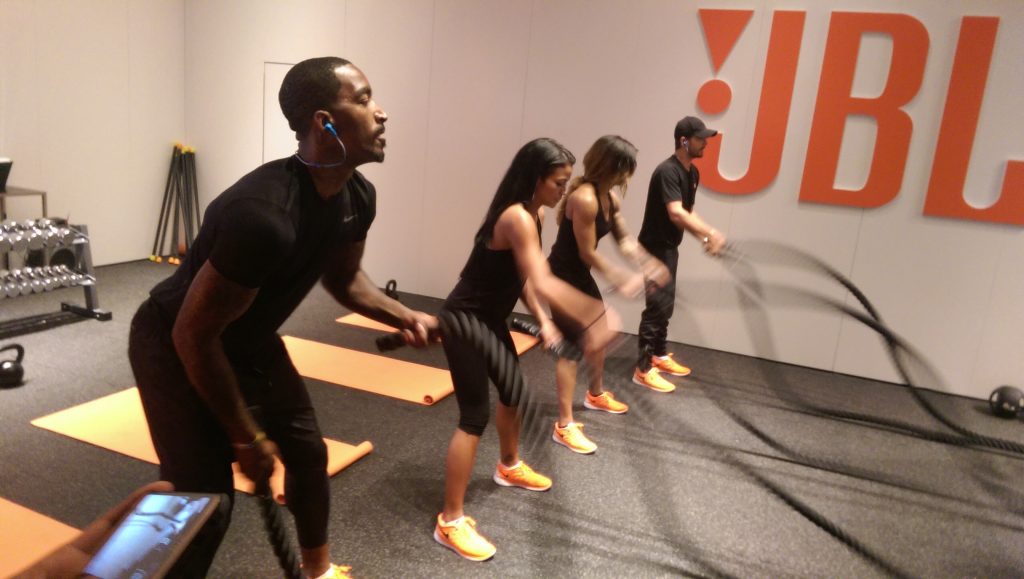 I have to give it to JBL, when they want to give you product testing on a pair of sweat proof headphones then having four stars each in their respectful field do an intense workout is a good way to do it. JBL had New York Knicks JR Smith, R&B singer Cassie, Scott Disick from the Kardashians, and Mankofit who is a fitness trainer(and wildly popular via social media) follow instructions from celebrity trainer Noah Nieman. They all did intense workouts, running drills, you name it to show how much of a beast these Synchros Reflect BT can be. 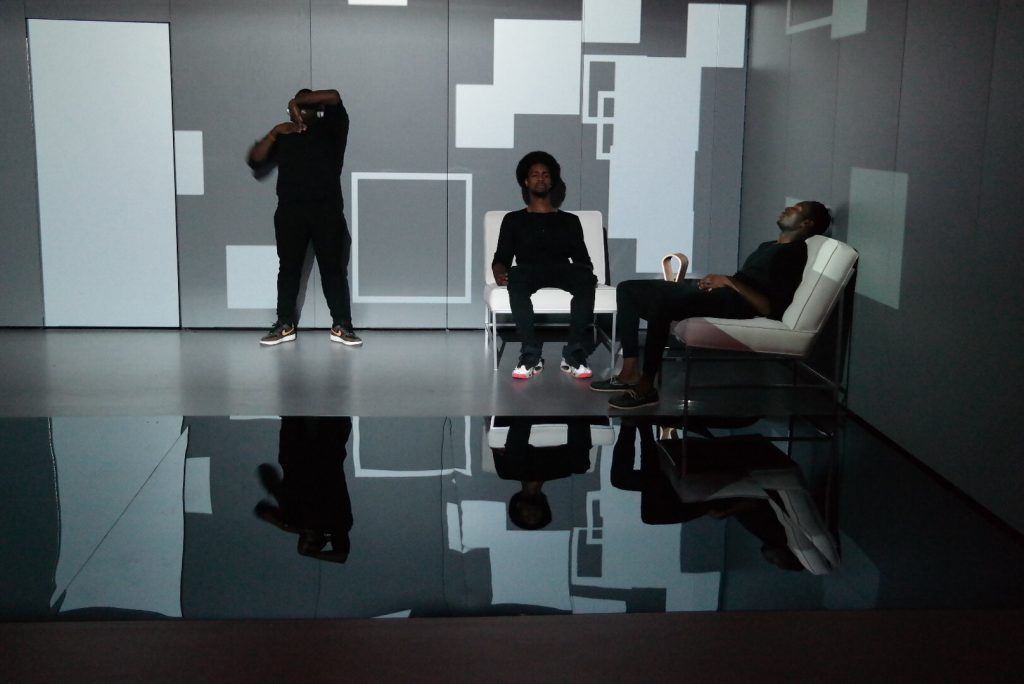 They had their already established Synchros S400BT on hand and showed off various dance routine involving three artists. This was an intriguing light show with the artists dancing and passing the headsets off to each other and zoning out into their own world. Something we call relate to at times when we are listening to our own tunes. 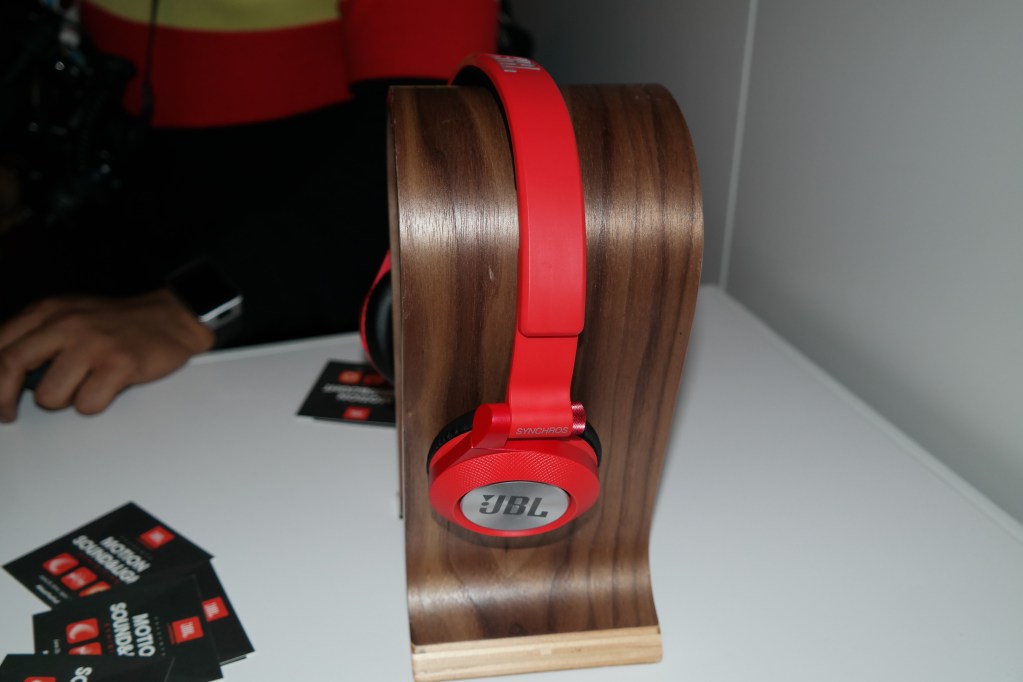 Another pair of headphones on hand like the recently announced Reflect series was the E-Series which were at a few tables and agents there showed off the bluetooth capabilities and syncing with other devices.

I personally think it was one of the best venues at CE Week and it helped showcase how these products could be used in numerous scenarios and catered more for purposes in which you would most likely use them. JBL did their thing at this event and expect to see reviews from us shortly for the new E-Series and Reflect models.