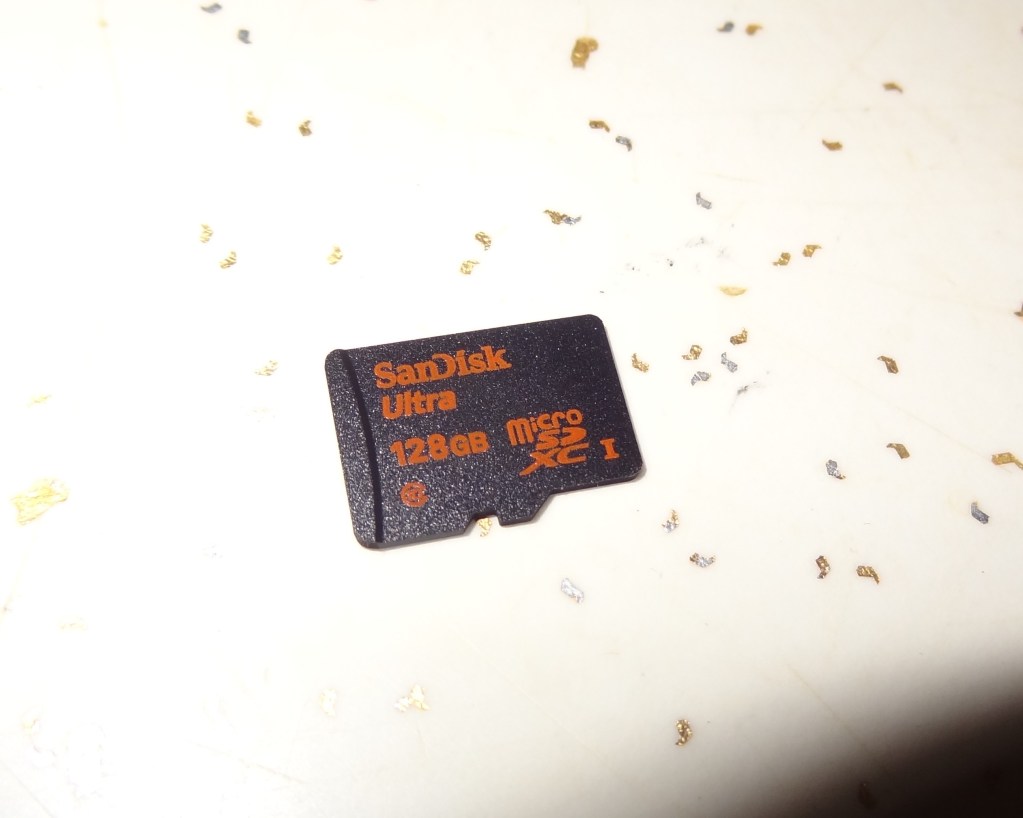 As technology progresses we see the higher capacity given, the smaller the devices are being made and at a cheaper price. I remember installing a 100GB SATA drive back in the early 2000s and that thing was huge and heavier then my current laptop. Portable hard drives that were 160GB then are now filled with 1TB at roughly the same price. This takes us to the era of SD card storage. There was a time when smartphones came with 128MB of storage(I have some laying around still) and that’s all you needed. As media has ushered in HD, the data consumption has increased to gigantic proportions. Sandisk a couple months ago announced they were doubling the highest size of their microSD card from 64GB to 128GB. Biggest questions with this is would you need a compatible device to utilize it and if its even necessary to have such a mammoth memory card for portable use. 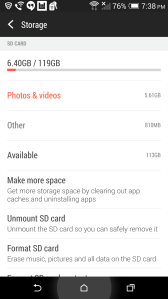 First off the bat, even though the Sandisk Ultra microSD card is advertised at 128GB, of course you are getting 119GB. While that’s still a ton of space to work with, it just makes you wonder where the rest of those 9GBs of space are hiding. The smartphone I tested the Ultra microSDXC card out with is the HTC One M8 which recently just hit shelves last month to much fanfare. Just for kicks i popped it in a Samsung Galaxy S4, NVIDIA SHIELD, Lenovo Yoga Pro 2(via SD Card Reader) and recognized it fine. Tried it in a older HTC G2 device that had problems reading it. You can also use it on Windows Phones, and cameras that are microSDXC compatible.

Soon as I popped in the microSD card, it recognized the hardware instantly and without complications. Like any memory card there is various ways to transfer data to the memory card. You can do the easiest which is connect your Android device via USB to your PC and move or add files that way. When doing that, I was able to move a 900MB file to the card at roughly 14MB/s which equaled out to little over a minute. Moving huge files from the HTC One M8 to the memory card itself pulled in similar results.

One gripe I have with the card is its a all black card with orange/reddish coloring compared to Red/Silver cards we been used to seeing for some time. Just could be a problem finding it, if you happen to drop it somewhere.

Can It Work For You? 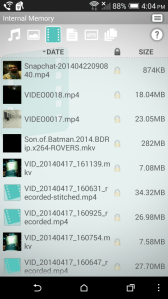 internal storage. Having to ration your capacity when you want to record video(especially with 4K video on the rise), take hundreds of pictures or even do a lot of offline music saving via Spotify or Google Music was always a sad feeling. Now with all this space, I was just able to move roughly 8GB of streamed music over and didn’t have to sacrifice getting it at the highest quality. Also tapping into your internal memory till it runs dry can add to massive slowdown on your phones. Believe I have done it several times over the years. Not trying to come at iPhoners but I see they are a constant victim of this unfortunately.

If you are having issues managing your space or not exactly sure what you have taking up so much, you can take a look at the Sandisk Memory Zone app for Android. It can be used to see the size of files, uninstall files and were able to move files but it looks like the Kit Kat updates may have caused issues with that. Hopefully an update is provided soon. I do like how you can toggle between internal and external in a breeze.

The Sandisk Ultra microSDXC 128GB card retails for $199.99 but can be found for $119.99 on amazon when not sold out. Sure you can get two 64GB microSD cards for around $40 each, but who wants to go through the hassle of swapping little ass memory cards all the time. Problems with that as well is if you have data saved on it, and you do a swap issues can occur with some of your apps. I say be done with it and save yourself the trouble. Fill your 128GB microSDXC card to your heart’s desire.