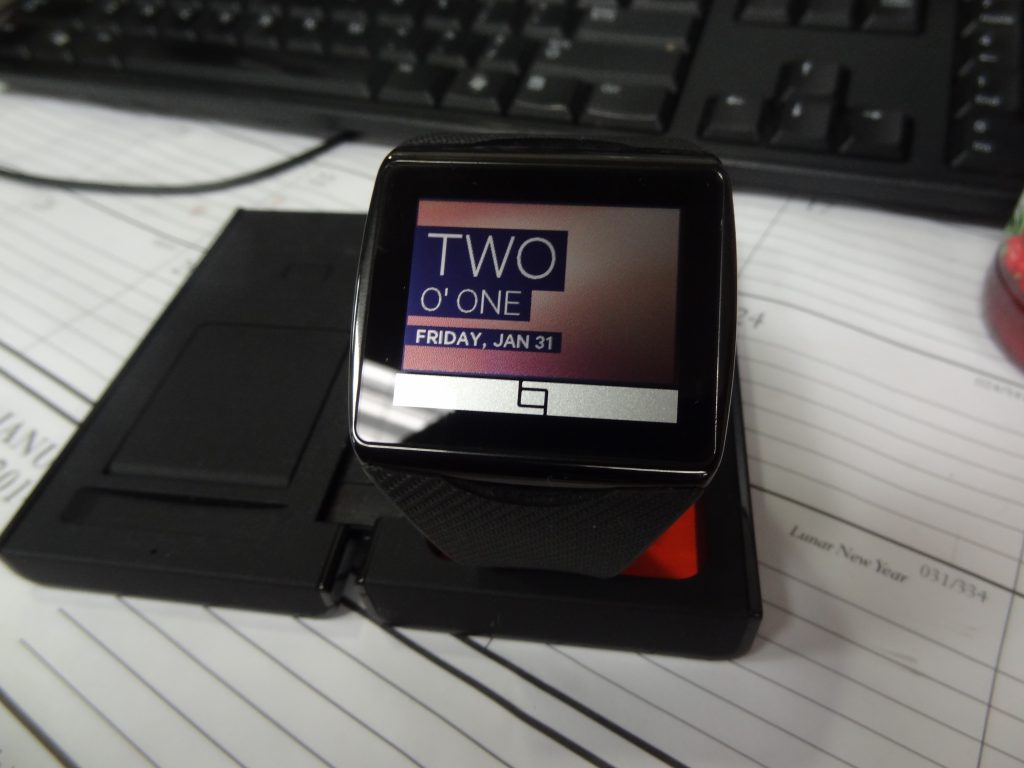 Whether you want to run from it or not, wearable technology is the future and its being pushed out in either two categories which is fitness bands or the topic of discussion today which is smartwatches. With recent onslaughts by Pebble and Samsung last year, everyone has been trying to jump in the market and be the latest to be rocked on your wrist. Out the blue though came Qualcomm Toq which promised features watch wearers have been clamoring for but just how good are they?

Picking up the Qualcomm Toq the first thing you will notice is the band. The band can be adjusted but once you decide to snip it and make it to your modified size for your wrist. While it’s pretty crazy to have such a design flaw on a watch such as this, I haven’t found much problem with it otherwise. I just can’t expect to sell or let someone borrow it with larger wrist then me. Also disappointing if someone is interested in the product but can’t get a good fit of it backed on it permanent size cut. Also make sure you follow the instructions to get the band and clasp together as well. 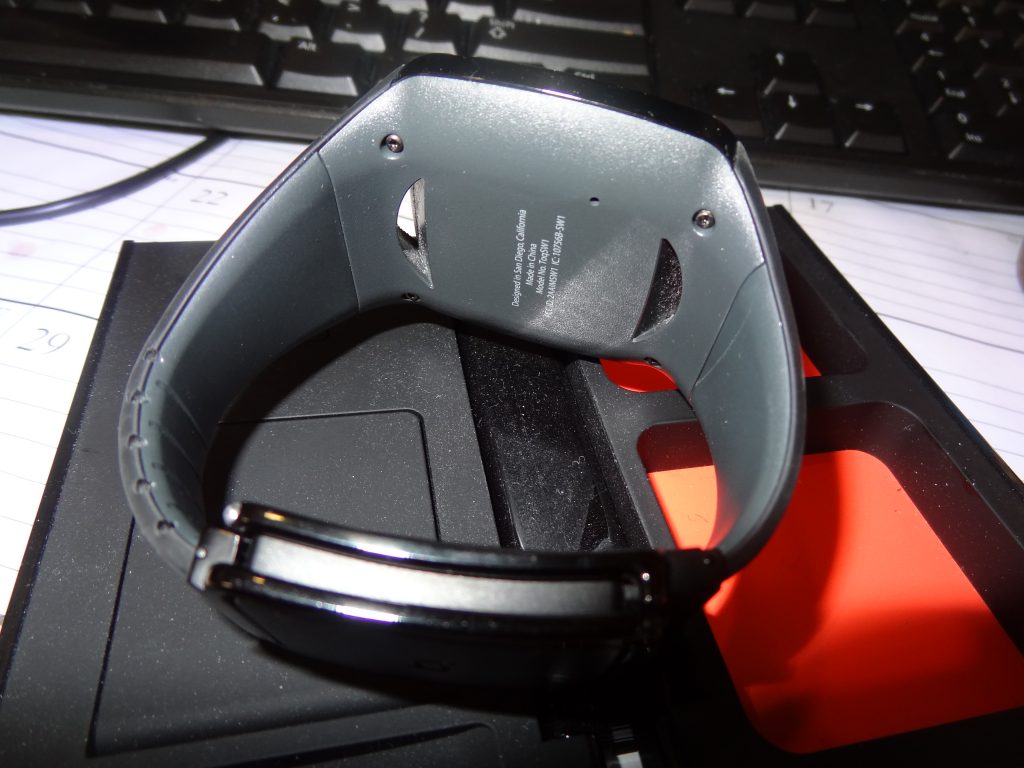 If you see there are two rubberized wrist bands and that’s where you will actually do some of the functions for the Toq. The top allows for turning on and off the backlight while the bottom band can be used as a back button or to bring up the sub menu.

So to charge the Toq, all you need to do is open up the charger, press the button for the stand and place it on top and your good to go. Wireless charging for a smartwatch is the best thing to have as you don’t need to look for USB adapters or special holsters to conceal it in to charge. It does take a little bit to charge but once you have it charged up you won’t need to do it again for days on end. The Toq Charger can also be used to charge their headsets whenever those release. 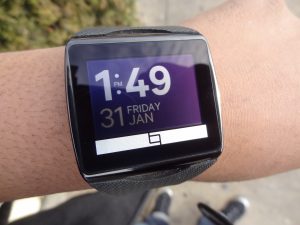 This is where the Toq shines or should I say counts where needed. The display is of Qualcomm’s Mirasol Technology. What it does is uses the reflected light around it to help produce colors. The colors on the Toq aren’t the most detailed and in no means compares to the Samsung Galaxy Gear’s elegant AMOLED screen but the tradeoff maybe worth it. When using the Galaxy Gear I would get maybe a day if I was lucky with the Gear, compared to the Toq where I have gotten is far as five days. Best part about this is the display is ALWAYS ON. No flicking the wrist, or pressing power buttons to awaken it. The display looks good in any light setting even if the sun shines down on it. This alone makes me want to use it as a standalone digital watch and not even always as a smartwatch. 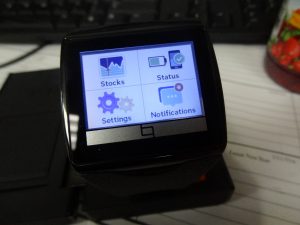 There isn’t much in the way of special features with the Toq. There isn’t any 3rd party app support I seen so you are stuck at this point with what’s on the watch. Hopefully developers get a hold of it and start creating some cool apps for the watch. It has potential and a lot can be utilized on it. In this day and age, I’m surprised there is a fitness app, or something else along the lines of that. It’s really just Messages, Weather, Music, Stocks, and Calendar. Some may just be fine with the necessities but I’d like to see a bit more here done.

The Qualcomm Toq can only be used for the Android platform with it at least running 4.0.3 and uses Bluetooth 3.0. Why they weren’t able to include Bluetooth 4.0 LE is anyone’s guess and would have helped on the smartphone’s battery just a bit.

Since the Toq has been released I have given it a hell a lot of usage and have synced it with the Samsung Galaxy Note 3, Google Nexus 5 and most recently LG G2. At first it was a bit buggy not syncing with the watch all the time, and having to reconnect like crazy. But they have pushed about 3-4 updates in the past month and those connection issues have gone away and I will say the experience has been greater using the Toq. I can have it pull up notifications for other apps such as Hangouts which is good and seems to work with just about most apps I have run it through. Unfortunately once you are done with that notification you can’t go back to that message which is a bummer if you wanted to reread something.

Worth Dipping Into the Future?

Qualcomm’s Toq looks to be a product that gives you a glimpse of the future of what should be done on all smartwatches such as its “always on” display, terrific battery life and wireless charging. Seeing that Qualcomm is a hardware company I see them getting this tech out to other companies and we will see most of it implied in the future.

The hefty price of $349.99 puts it as one of the most expensive smartwatches out even moreso then the Samsung OS only Galaxy Gear which is $300 itself. Both of which are only Android which leaves a potential buying market of iOS users out there. The comfort may not suit everyone and I’d say to try someone’s and see but you have to hold they have around the same wrist as yours. I don’t think it’s the worst watch out there by any means and I enjoy using it but wish it did just a tad bit more.