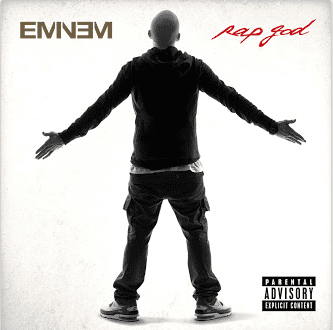 I’ve never been the biggest fan of Eminem. Some of his songs I likes, some albums were cool, but I wasn’t a stan for Marshall Mathers. But that definitely doesn’t mean I can’t appreciate a mean set of bars spit from this man, and his latest single “Rap God” has been amped through the roof.

I heard the song played briefly on the radio and though okay sounds okay. But it wasn’t until a few days later when I heard it in its entirely did I flip and was like Ohhh S***! I immediately checked Google Music All Access to see if they had it, and since they did, have been playing it on loop non-stop since yesterday. And when I say non-stop I mean: On loop to/from work, on loop during a complete hour and a half gym session, on the way home from that and even still today. This song is literally an six minutes and three second shot of adrenaline! If Twista is the speed king (in my opinion) when it comes to rapping, Eminem just gave him a run for his money with this one.

Check out Eminem’s Rap God below and let me know if you are feeling this one!