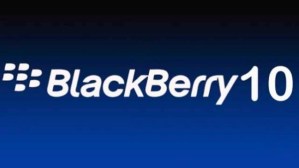 It’s no secret that I may be the only staffer that still carries a Blackberry device daily, but with the launch of the Blackberry 10 I think that might change. As much as I love my Playbook and my Curve 3G, but sadly Crackberry hasn’t been an addiction of mine for quite some time. In the last 2 years alone I’ve owned the Bold 9650, Curve 8520/8530, Tour and Style. My one complaint over the years has been that Sprint (my personal carrier) didn’t have the availability of the sexier models its competition had.

The real change for me was the release of the Bold 9930. It was beautiful to look at and I loved the combination of the touchscreen and keyboard – it just didn’t have that sleek form factor I’ve come to be accustomed too over the years. Between that and the lack of apps I found myself running into the arms of the iPhone 4 and a long list of Android devices. Despite all of the smartphones a girl could ask for at my disposal I still found myself missing the basic things my Blackberry devices all provided. BBM, Personal Blackberry e-mail account and not having to give out my closely guarded mobile number.

Don’t get me wrong I love Android and iOS but few things remain true no one has ever been able to duplicate or come close to recreating BBM -iMessage is a close 2nd, and I can theme my devices without having to jailbreak them, be a graphic designer or IT tech to figure out how to customize it. RIM devices for me have always been the easiest to set up, most convenient reliable for business and seemed to be a language all level of tech enthusiast spoke.

Playbook for me has the most breathtaking graphics on any mobile device I have ever seen and I say that as an owner of the New iPad. It’s also convenient to carry and I think the Blackberry Bridge is genius. I love that I don’t have to store emails or messages on it but can use it to continue my conversations when or if I want a bigger screen or my phone is on the charger. As impressed as I am with the Playbook – I can only imagine how much more impressive the Blackberry 10 is going to be. As much as I love Blackberry there is no way to avoid the obvious deal breaker the limited apps available for it. This reason alone causes me to also carry an iPhone 5 as a supplement device.

Blackberry has been THE phone for me well before the Blackberry 10 was an option – but will it finally be enough to make me retire all my non RIM devices remains to be seen. I will need the slim form factor, the breathtaking graphics, availability on my carrier, optimal wi-fi connectivity and connection speeds, BASIC apps (Netflix, Spotify; etc) and it should go without saying but the Blackberry staples that made me fall in love the first time. If Blackberry 10 can accomplish that I will retire all my other devices.