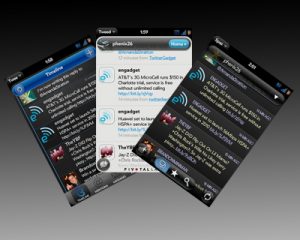 We all know that WebOS for the Palm Pre is a new platform and for the impatient among us new software can’t arrive soon enough.Â  I must admit that I check the app catalog everyday waiting for some new application goodness to hit my phone. But I am thankful that there has been a steady stream of new apps lately to hold me over until the catalog leaves its beta form.

But one thing that pleased me was the availability of twitter clients out the gate.Â  With the popularity of twitter these days it’s simply a must to have an app on new phones.Â  Today we have a total of 3 twitter apps that are available for the Pre. Tweed and Spaz, which are available in the official app catalog and Twee which I download via the homebrew app catalog and has since been submitted and is awaiting approval from Palm to become an official app.

I must admit however that I constantly switch between all 3, because each are not quite as polished as I would like them to be.Â  They are all great applications but compared to something like TweetDeck on the IPhone they pale in comparison.

Let’s give each of them a closer look. 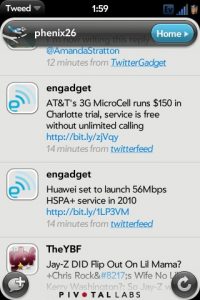 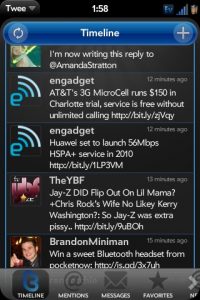 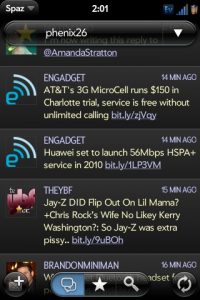 All three of these programs show promise but they are definitely lagging behind other Twitter applications like Tweetdeck for the IPhone and SocialScope on the Blackberry. Â However, I do think that they will only get better as WebOS develops. Thus, I’m sure we will be revisiting this discussion in the future.