Just in time for the witching season, yes I went there. Roald Dahl’s classic 1983 book ‘The Witches” tells the story of a young orphaned boy (Bruno) who goes to live with his Grandma (Spencer) and has an unfortunate run-in with some witches and with his friends get turned into mice.

This is the second time the book has been adapted for the screen, as a huge fan of the book and original film, I was a little concerned when I first read they were doing a re-imagining. As the news progressed about who was working on it, I let down my guard a bit.

The material gets a bit of a refresher in story and location with a new screenplay by ‘Black-ish’ creator Kenya Barris and Robert Zemeckis (Back to the Future, Forrest Gump, Polar Express) who is also directing the film.

The film also gets a star-studded cast featuring Oscar winner Octavia Spencer as the boy’s grandmother, Stanley Tucci as hotel manager Mr. Stringer, featuring Jahzir Bruno, Chris Rock narrating, and Anne Hathaway as the Grand High Witch aka the diabolical leader of the witches who turns the Boy and his friends into mice.

While The rest of the world may actually get a theatrical release, here in the United States, ‘The Witches” will premiere on HBO Max on October 22nd 2020. 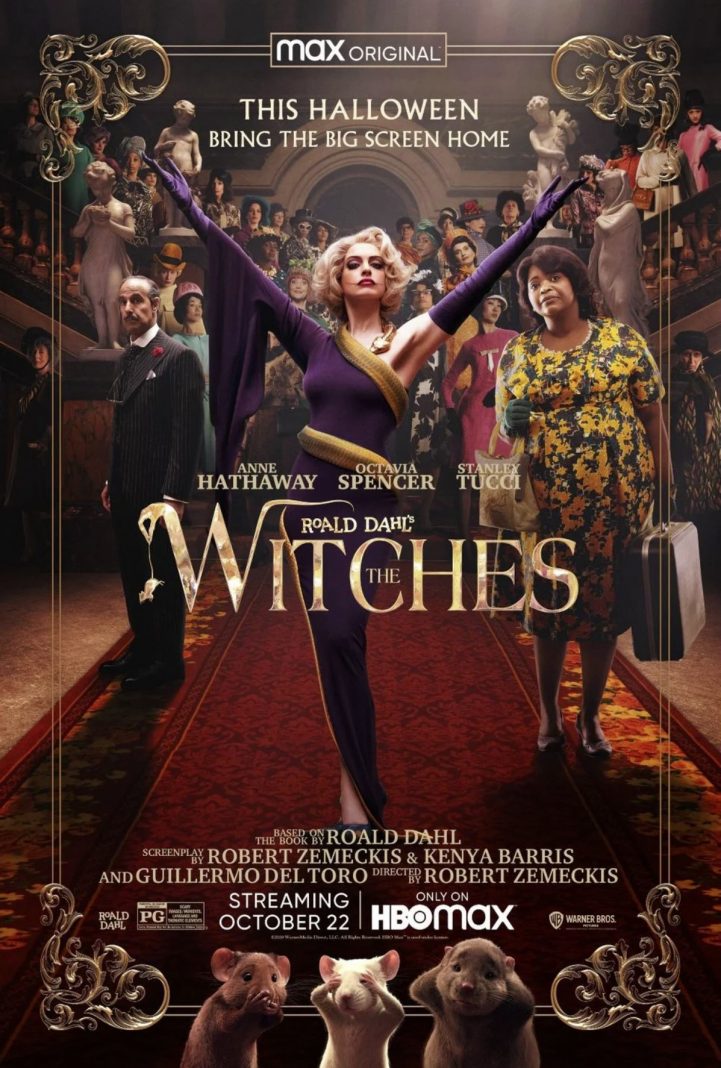 Kris Maxxhttp://www.gstylemag.com
'Maxx' is a Trinidad-born, New York-raised Tech and Entertainment Editor for G Style Magazine. Long term gadget creator and lover of all things tech. He's been repairing, improving computers and gaming systems as far back as the Atari 2600 all the way through to current gen consoles like the PS4 and Xbox One. His second love has always been Entertainment and Film. He’s been reviewing movies for over a decade and brings his unique perspective to Technology, Entertainment as well as his "Spoiler-Free Movie Reviews" to GStyle.

Now that the Google Chromecast with Google TV is available for purchase, I wanted to give you a first look at the...
Read more
Let Us Entertain You

25 updates later and NVIDIA’s Shield TV continues to impress.  Since its initial release back in 2015, Shield TV has managed to...
Read more