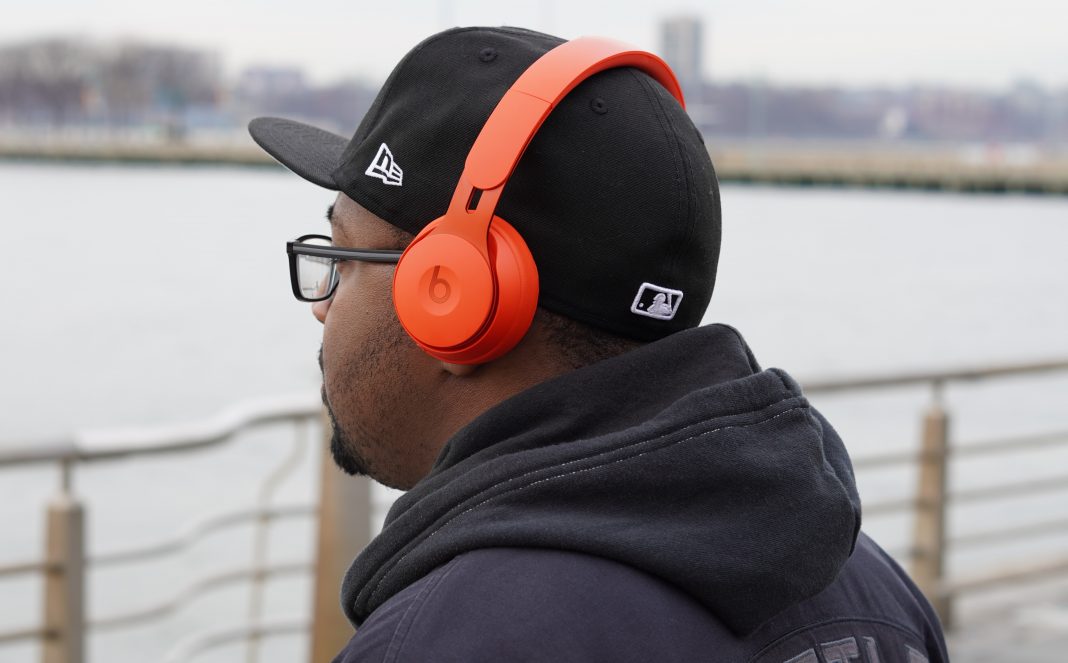 Beats has always been on the “if not broken don’t fix it” motto across their line of products over the years. Instead of releasing revisions every year or so they tend to wait a bit and see how the market looks. This can be said about the PowerBeats Pro that came out around the spring and the Solo Pro can be looked at as the successor to their Solo 3 Wireless which dropped in 2016. A redefined design and noise cancelling are some of the key elements of this new pair of musical cans from Beats.

At first glance the Solo Pros may look just like its predecessor, but there are some nice changes Beats made. The glossy candy paint that has been on mainly all their headphones has been opted out for more of a matte style. Its not as shiny and even feels more premium. The sliding mechanism to adjust your headphones is now quiet and you don’t get that noisy click sound you get on other headphones. Bose 700s have a similar style like this. They still fold in and out for storage with its included case or throwing in your bag if needed. That also doesn’t give you that eerie feeling they will snap in two or that’s how I felt about prior models. Kudos to Beats for upping the build quality.

Earcups are still plush like previous iterations but also still feel Solos bring over that tight feeling on the head mostly when wearing glasses. Removing my glasses, I don’t feel it as much. Functionality wise the Solos Pro have controls on the right ear ranging from play controls and volume controls while a lightning charge port rests underneath that. Left side has just an ANC/Transparency Mode button. There is no power button as you have to fold and unfold to power them on/off. Also, surprisingly this is the first pair of on or over-ears I have come across without a 3.5mm audio jack.

Included with the Beats Solo Pro is a lightning to USB-A charging cable and carrying case.

Being under Apple gives Beats the benefit of having their H1 chip inside their headphones. This is also on the PowerBeats Pro and AirPods Pro as well. Helps with battery life.  Beats has these slated at 22 hrs. of battery with ANC/Trans on and 40 with it off (I never turned it off FYI). 10mins of charge will get you three hours if needed. Also, this assist will practically instant pair your Apple devices as its utilizing Bluetooth 5.0. Soon as you unfold the headphones you will get the notification on your iPhone connecting.

They have the usual Beats sound profile. A big emphasis on the bass in the forefront. No matter what you play it’s the first thing you will notice. Vocals and overall sound aren’t bad but feels like its coming more at you then around you if that makes sense. The active noise cancelling does a good job of keeping you immersed. Its not better than say Sony or Bose but its not bad for a first time with the Solo line.

Been using these on and off for the past few months. Mainly with an iPhone 11 Pro and OnePlus 7T. I used them more so with Android than Apple, but I notice the slight differences in functionality. Its not too critical though. If you have Android, make sure to download the Beats app(pictured above) you can change the ANC/Transparency if you don’t feel like doing it on the headset.  Using ANC on my daily commutes has been good and did a good job of blocking the outside world. But as mentioned earlier I still find them pretty tight on the ears with glasses and will take them off time to time or find myself adjusting.

On the battery side, it seems to hold up to its advertised numbers if you make sure to power them off. Since they work by being powered on, being unfolded you can forget to fold them back, have them synced to your phone and kill the battery. I have many times taken them off and just put them on the desk not folding them back up.

The lack of a 3.5mm audio jack means you can’t plug in any audio cables you might have laying around. If you want to attempt to this, you must buy a $35 Lightning to 3.5mm Audio Cable. For being premium headphones, it’s surprising them didn’t included this in the box or even a lightning to lightning cable.

Build quality is superb, ANC is on point and sound isn’t bad still satisfying its bass loving fan base. I only wish they weren’t as tight like its previous Solos and still surprised it includes no audio cable whatsoever with its $300 price point. Beats has made great strides over the years with their line of headphones and the Beats Solo Pro maybe the best pair they have constructed to date.