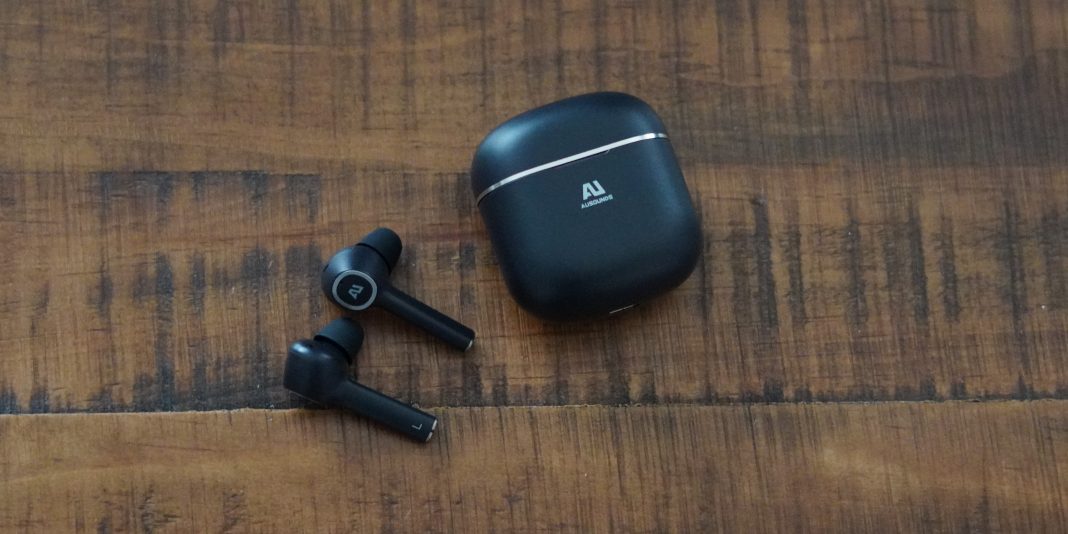 2019 we saw a big influx of true wireless earbuds coming from various companies and one new brand to hit the scene was Ausounds. We got a chance to kick it with them late summer and learn about the branding and what has gone into their AU-Stream ANC earbuds. They were created to combat Apple’s AirPods and bring noise cancelling before the then unknown Airpods Pro. Since time has passed how do they hold up in 2020?

Au-Stream ANC come in a matte black case with a metallic silver trim. It circles the case also indicating where to open. Ausounds branding on front, sync button on back and USB-C port on bottom. Flipping open the case will reveal the earbuds. There are four LED lights to indicate battery life and syncing. Unfortunately, the case itself and lid felt pretty flimsy and feels like its never really sealed shut. Case does support wireless charging which is a plus if you don’t want to plug up with USB-C.

Taking the earbuds out the case you will notice they are pipe style like mostly true wireless and reminiscent the ever popular AirPods. They are mostly black with silver trim on the side showcasing the brand emblem and at the bottom of the stems. Eartips are interchangeable as well.  One thing I noticed with the earbuds and the case is they don’t have magnets. You never get that secure feeling and want to make sure they are pushed down to charge.

Included with the Ausounds AU-Stream ANC and Charging case is a USB cable and various ear tips.

The AU-Stream ANC utilize touch controls on each earbud. Both have the same functions such as a single tap to pause, double/triple tapping to change tracks and holding for noise cancelling toggling. I found the touch controls really need a hard tap to get them working and seemed to function better with my OnePlus 7T than my iPhone 11 Pro. They weren’t the most reliable and probably stick to controls on my phone.

Active Noise cancelling is included on these earbuds and hold up decent. Using them on my rountine train commute they blocked out a considerable amount of noise. I would still hear some outside interference but for most part not bad. Outside in a less noisy area and in the office, you virtually can’t hear anything.

These are a winner in the audio department. They are using 13mm AU Titanium drivers that give off some strong sound in these earbuds. Playing “Fast Lane” by Bad Meets Evil vocals are crisp and vibrant while bass is kicking in heavy. Not coming across any distortion and thanks to the noise cancelling gets you locked and zoned in.

I been using the AuSounds off and on for quite a while now. Noise cancelling has been cool for my daily travels but as mentioned with the case you want to make sure the earbuds are secure inside. At first using them with my android device they completely disconnected on me 2x and I tried with iPhone and didn’t come across the issues. I also made sure they were completely pushed down inside the case to charge. Went back to Android and those problems were gone.

Battery life works close to advertised as they mention 5hrs on each earbud while the case gives you additional 15hrs. These are rather light and comfortable in the ear even after wearing them for an extended period of a hour or two. These are using Bluetooth 5.0 and didn’t come across any distortion or disconnection (other than I think the battery dying) on either device.

Being one of Ausounds first true wireless earbuds to hit the market I can see room for improvement. I’d love to see better build quality mainly with the case and add magnets. On a comfort and audio level they are pretty on point. Noise cancelling isn’t bad and not many I can recall are offering ANC at its price level of $149.99. I look forward to seeing what the future holds for Ausounds, but I think it can be a promising one. 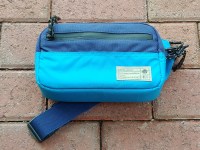