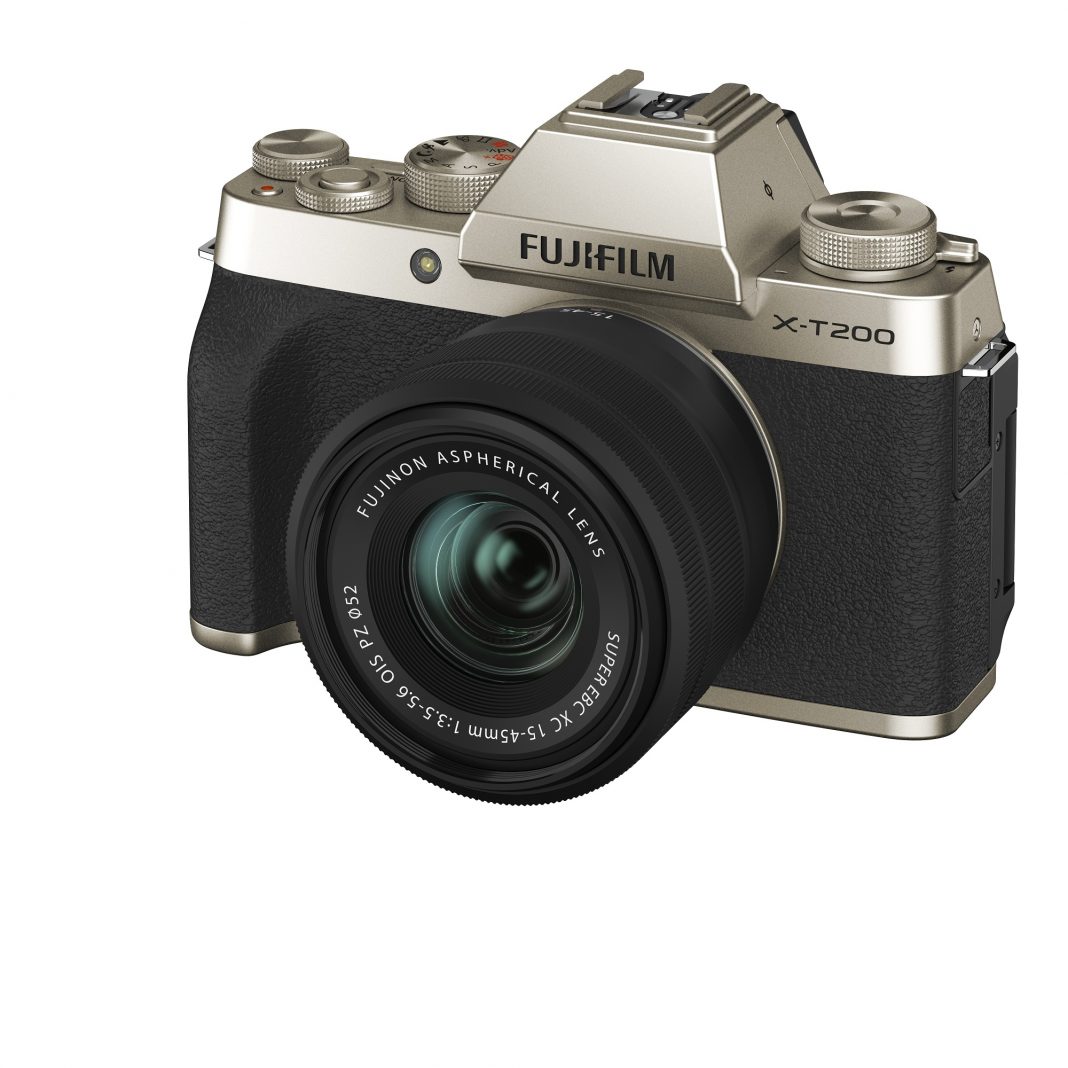 Recently, Fujifilm announced a new entry-level APS-C camera, the Fujifilm X-T200 (X-T200). The X-T200 is a notable step up from its predecessor, X-T100 and brings many of the functionality that the first lacked. For those looking for a first camera or a travel (secondary) camera that’s big on features but small in size, here’s what to expect.

The X-T200 keeps the design styling cues of the X-T100 but packs it with much-requested upgrades to its AF abilities including the addition of face detection, 8 frames per second shooting, and 4K UHD video recording at 30fps. Add in the new vari-angle rear touchscreen monitor and you have a camera that’s prime for photographers that are ready for something more than their phone can offer.

Speaking of video, the new X-T200 includes Fuji’s Digital Gimbal Function that will help stabilize and smooth out handheld video recording without the need for a proper gimbal. Fuji is able to bring this video making wizardry through a gyroscope sensor in the cameras body which aid in video capture and stills shooting. We’d love to get our hands on one sow we can test it out ourselves.

While the X-T200 doesn’t bring over the X-Trans processor from its older siblings, Fujifilm does have a new “Main Subject” shooting mood that takes advantage of its improved AF abilities and  20 flyers and film simulations to help let your creativity shine.

It’s hard for me to not recommend a Fujifilm camera because I’ve been shooting with Fujifilm since the X-Pro1 and love the colors these cameras produce. While I haven’t had a chance to try this camera yet, I’m willing to wager we’ll see pleasing results especially eight he sensor and AF improvements in this camera.

And on a more superficial note, I’m a fan of giving customers options on colorways beyond black and silver. While I get that traditionalist may not see the “benefit” of a Champagne-colored camera, I love it.

What’s a bigger bit of news is that Fujifilm has introduced an all-new, affordable 35mm lens – the FUJINON XC35mm f/2. This is a big deal for fans of the system as it introduces Fuji’s first “nifty-50” lens, an affordable 50mm equivalent lens. Priced at $199, the XC35mm is a no-brainer for a first lens or kit lens substitute. I’m excited to see what the combo can do and how the XC35mm will perform on its own.

The Fujifilm X-T200 will begin shipping towards the end of February and will be available in the following configurations: