Now when I say dark, I really mean, dark from what you’d expect from when I say ‘muppet’, this is not Sesame Street. Long before computer-generated imagery ruled the box office, practical magic was used. The puppet designs and environments were so life-like you became immersed in this world, and I forever became a fan. For years there were discussions on if they would return to the world of Thra for a possible sequel. A few years ago Netflix finally announced there will be ten-episode series exploring the world of Thra taking place before the events of the first film with the series.

The series is directed by Louis Leterrier (The Incredible Hulk, Now You See Me) and promises to have a firm ground to its roots with puppetry, practical magic with a blend of computer-generated imagery. Based on this new trailer, it looks truly amazing and I can’t wait.

The Dark Crystal: Age of Resistance premieres on Netflix on August 30, 2019 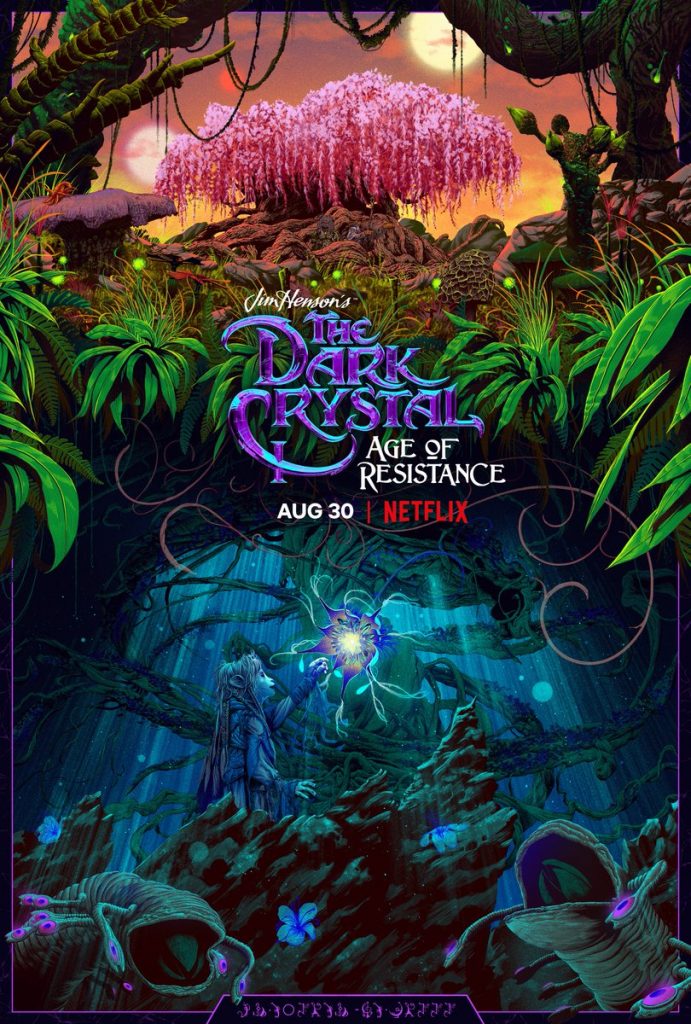