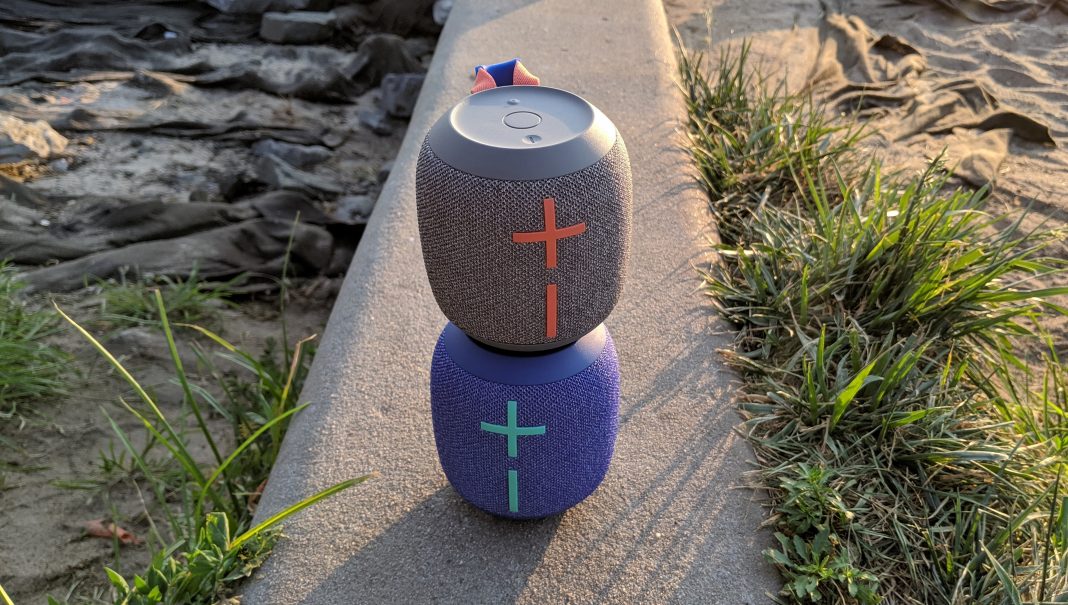 Been a couple of Summers since Ultimate Ears arrived on the scene with the first iteration of the WonderBoom that hovered in the “Under $99” speaker market and eventually replacing its own popular Roll 2 speaker. Ultimate Ears seemed to have listened to its fanbase and revised the model adding in some features that most will surely enjoy. Is the WonderBoom series still one of the best at its price point?

Ultimate Ears didn’t stray away from its WonderBoom design too much and you are still getting the same miniature cylinder style speaker. What’s changed though is in the details. Its dual tone colors are more eye popping and its fabric doesn’t feel as thick and rough. WB felt more like ballistic nylon while on the WB2 it feels more woven in. Volume buttons are bigger and the top of the speaker caves in to make easier stacking of speakers if you desire. Gone is the “UE” insignia and instead is a more visible button. They even updated the carbineer loop making it larger and easier to use also showing the “Ultimate Ears” branding. Concealed in the back is a slot to charge via microUSB, sorry no Type C folks. Interestingly the WonderBoom 2 comes with a microUSB cable but no AC plug.  It weighs 14.8oz which puts it in the same ballpark as its predecessor.

Besides the slight upgrade in style, Ultimate Ears has made other improvements such as giving the speaker an IP67 rating making it water and dust proof. That means dunk it in the pool or drop it in the sandy beaches. While the battery life wasn’t bad on the other speakers with 10hrs, the WonderBoom 2 capacity has increased giving you 13 hours. Bluetooth connection gives you 100 feet so you can wander just far enough and not worry about being disconnected. So, while you could pair (2) WonderBooms you couldn’t get stereo sound. WB2 now provides this ability by using “Double Up” giving you left and right side stereo channels. This is be activated by holding the Play button on top and doing the same on the accompanying speaker. You can still choose a “mono” sound if you want.

On the audio side, WonderBoom 2 is giving you fuller richer sound and can easily fill up a room (or two) with ease. If you decide to take them outside you can activate “Outdoor Boost” which increases the sound. It does seem to take away some of the bass though but not too much. WonderBoom 2 using (2) 40mm active drivers and (2) passive radiators. Thanks to its 360 design you will be able to hear the same sound no matter where you stand.

Using WonderBoom 2 the past two weeks I have enjoyed them as replacement of the 1st gen models. Double Up feature is cool giving you that true stereo sound and bluetooth signals pairing have been good as I have had one in the bedroom and other in the kitchen playing same time. Outdoor Boost is a nice feature to have for outdoor settings and great it’s a one button process to turn on and off. Its pretty durable also dropping it a few times in the house and even outside.

WonderBoom 2 is a welcome upgrade to the WonderBoom with its increased sound profile, Double Up feature and revised styling. Only gripe maybe is you can’t do the Double Up stereo pairing with your older models if you have. Besides that, it’s awesome to see its still in that $99 price range(currently $79.99) as well. If you are looking for a portable speaker that won’t break the bank give an ear to the WonderBoom 2.