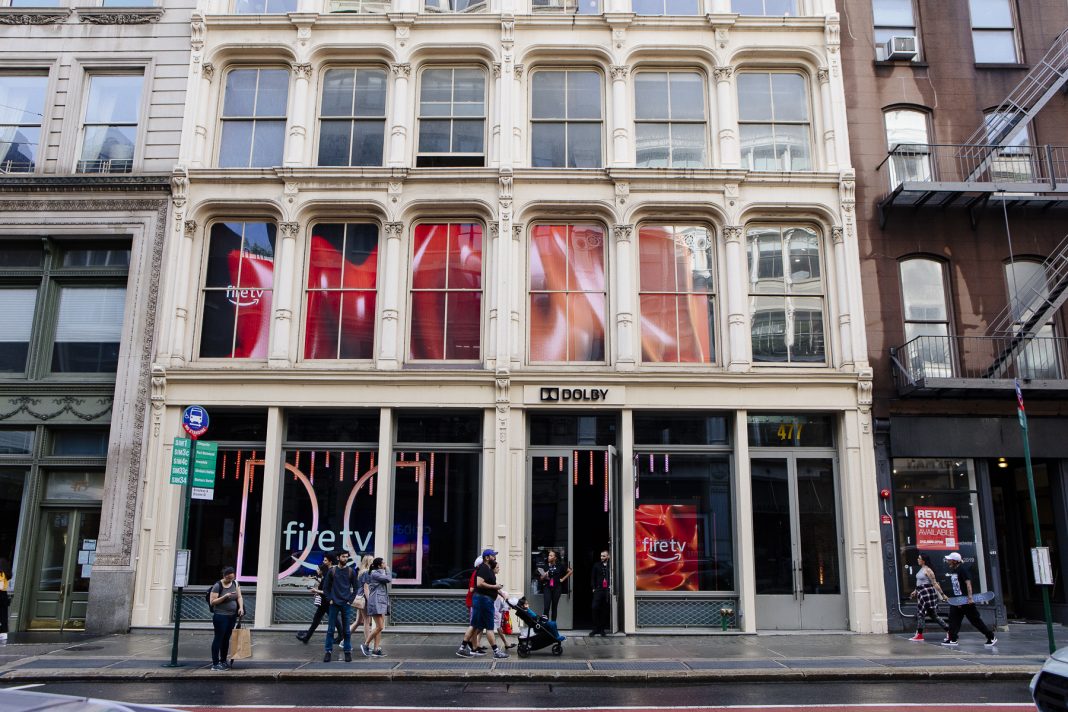 Amazon has teamed up with Dolby to bring their Amazon Fire TV platform to an interactive space that puts you at the center. There are various forms of immersion from a 360 degree Experience Room that features dozens of shows going on at one time, various photo installations and a PopBot. PopBot is a robot that makes popcorn for you via a robotic arm and you are able to interact with it via a touch panel.

There are various spots to relax including downstairs in Dolby’s Atmos room to get a sample of their actual movie setups in select AMC theaters. Also make sure to stop by the Living Room to get some hands-on with Amazon’s Fire TV Cube that lets you fire off commands to request your favorite shows or interact with the appliances in the home via Alexa and also supports Dolby Atmos.

If you are in the New York City area make sure to stop by as it will be available free for a limited time to the public.