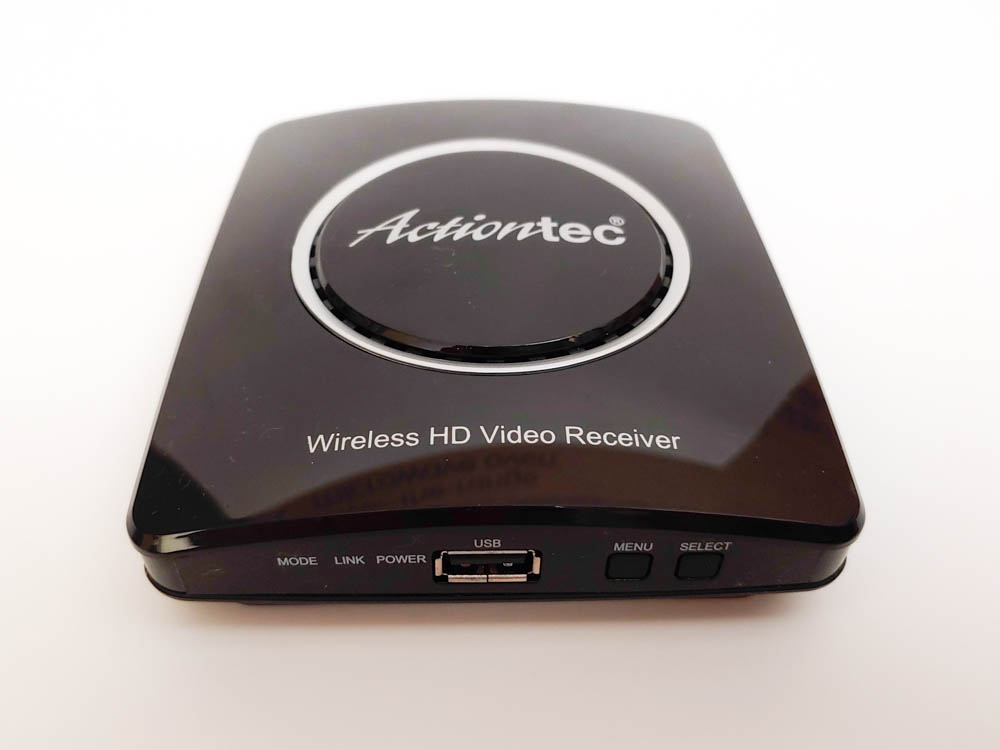 Got a spare TV that you’d love to use, but don’t want the hassle of running more cables or “renting” another box from your cable/satellite company? What if you have a TV out in the garage or in the backyard, but you only want to watch stuff on it occasionally but again, don’t want to pay for an extra cable/satellite box? The solution is a lot simpler than you would think. All you need is the Actiontec MyWirelessTV2, which will solve most of all your problems for you in a simple to install package. MyWirelessTV2 delivers up to 1080p60 HD video and 5.1 surround sound so that you can go wireless without worrying about picture and sound quality.

For starters, let’s get more in depth why you would need something like this. We all know that if you subscribe to cable or satellite, they charge you a usage fee per set-top box. While it may not seem like that much, it actually adds up over the months and you could end up spending hundred of dollars a year without even realizing it. That’s why you need something like the Actiontec MyWirelessTV2. What this does is allow you to beam the signal from a transmitter box to a receiver box, wirelessly. Plain and simple, you can have one cable/satellite set-top box for multiple televisions around your home. You don’t even need a wireless network in your house for this to work. 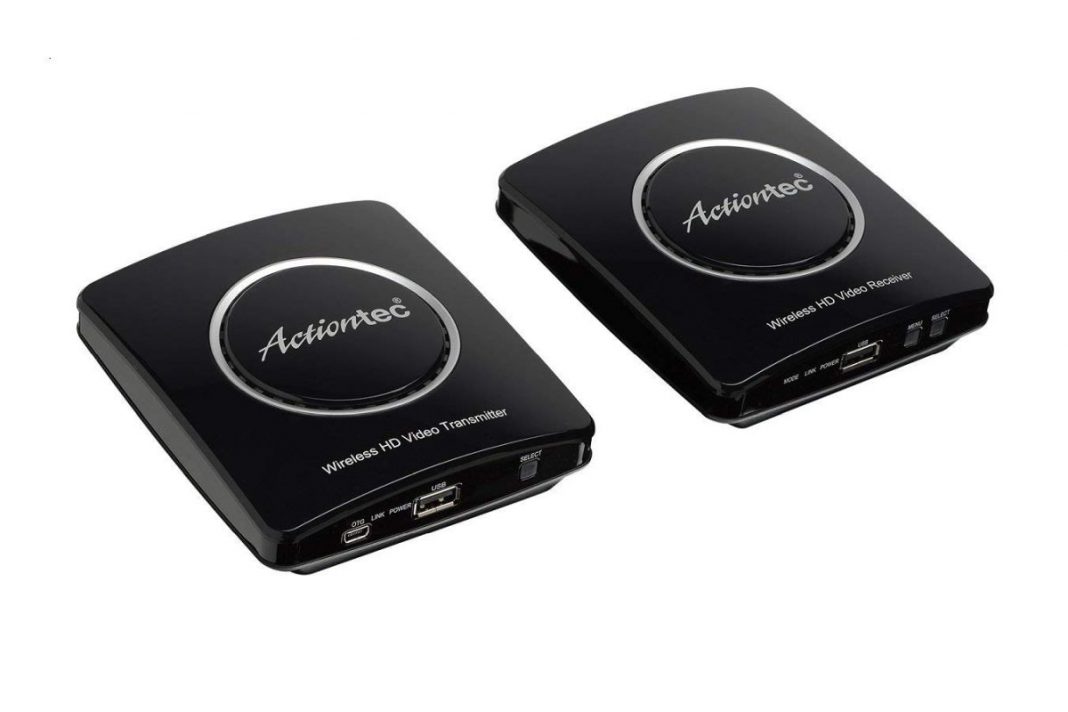 The Actiontec MyWirelessTV2 consists of several parts working as one. First you have the transmitter which you would hook up to your set-top box, or really any HDMI equipped device. This can include Chromecasts, FireTV, and even game consoles. I’m using it on a DirecTV box. You just hook up the HDMI IN from the DirecTV box and if you want to, hook up the HDMI OUT to your television you were using it on already. Depending on how your DirecTV box works, you can also hook up an optional IR receiver so you can use the remote control in another location. I did not need this. Lastly, you will need to hook this up to power.

Now with the receiver box, you’ll need to hook this up to your extra television. The receiver box only has one HDMI OUT port so this goes out to the television. Next just plug the power in and you’re pretty much good to go. If you need to, you can also install the IR receiver. One more thing, the TV the receiver is plugged into can be anywhere up to 150ft of the transmitter. The signal can even pass through walls so this TV can be in the next room, in the garage, or even outside.

Out the box, both the transmitter and receiver boxes are already synced to each other so there’s nothing you really need to do to get them to work with each other. Just make sure they’re both on and that you had installed the transmitter first before the receiver. 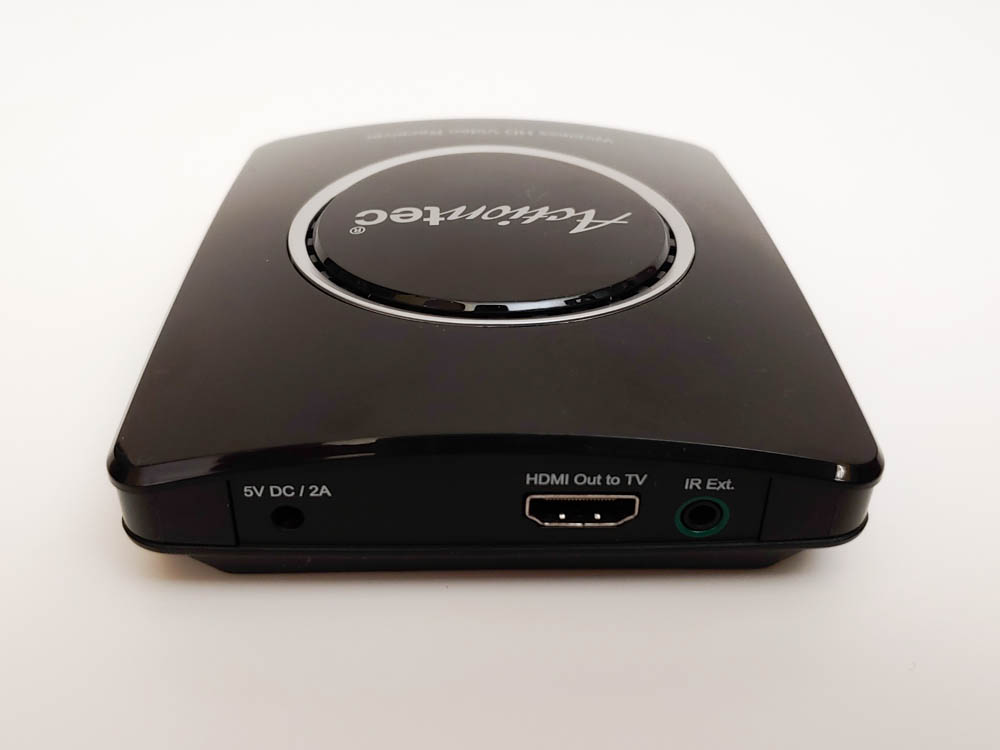 So after the install, how does the Actiontec MyWirelessTV2 actually work in the real world? I don’t live in a really huge house, so I was only able to test this with another television in the next room. We’re talking about 50ft away and through a wall. I can report that this thing certainly works as advertised. On the receiving end, the picture that is beamed in wirelessly looks just as good as if I had a set-top box there. The audio aligns perfectly with the picture and there seems to be zero lag. Not only that I’m able to use the remote like normal to switch channels. If I didn’t know any better, I’d think there was a box here. The only little issue is that obviously, all the televisions you use this on will be playing the same thing as the source. You can really watch different things on each TV.

In terms of looks, the Actiontec MyWirelessTV2 doesn’t look that bad. They kind of look like tiny SEGA Genesis game consoles and because of their size, they aren’t too difficult to hide if you don’t want anyone seeing them. They’re also super light so you could probably stick them to the wall somewhere or behind your entertainment system. 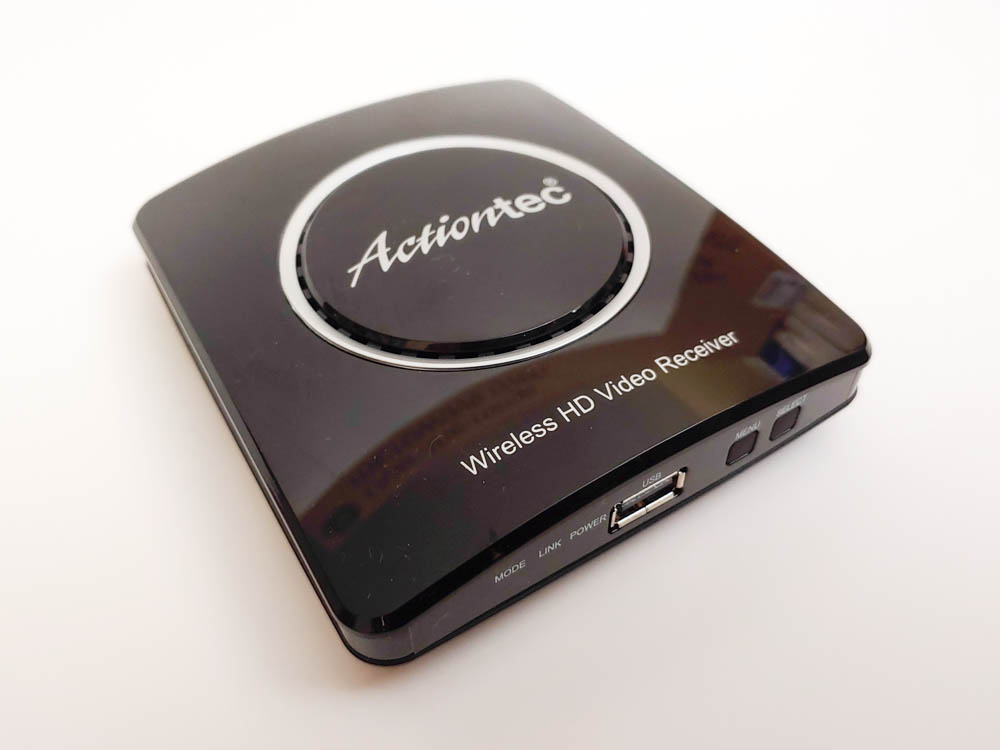 The Actiontec MyWirelessTV2 is a great solution to a problem that could save you tons of money. While you will have to invest close to $150 for the kit, it’ll save you much more than that in the long run. For me, it’s really more of a convenience, being able to watch something on another television that was only being used for gaming. Now I can watch actual TV on there if I wanted to without having to move to the other room. This allows me to watch TV in a room that’s more private and away from my kids while they’re doing their homework. With all that said, I would totally recommend this for others. Heck I’d even pick up another receiver box so I could hook up another unused TV in another room. I’m really impressed with the Actiontec MyWirelessTV2 I think you will be too if you decide to give this a try. You won’t be disappointed.