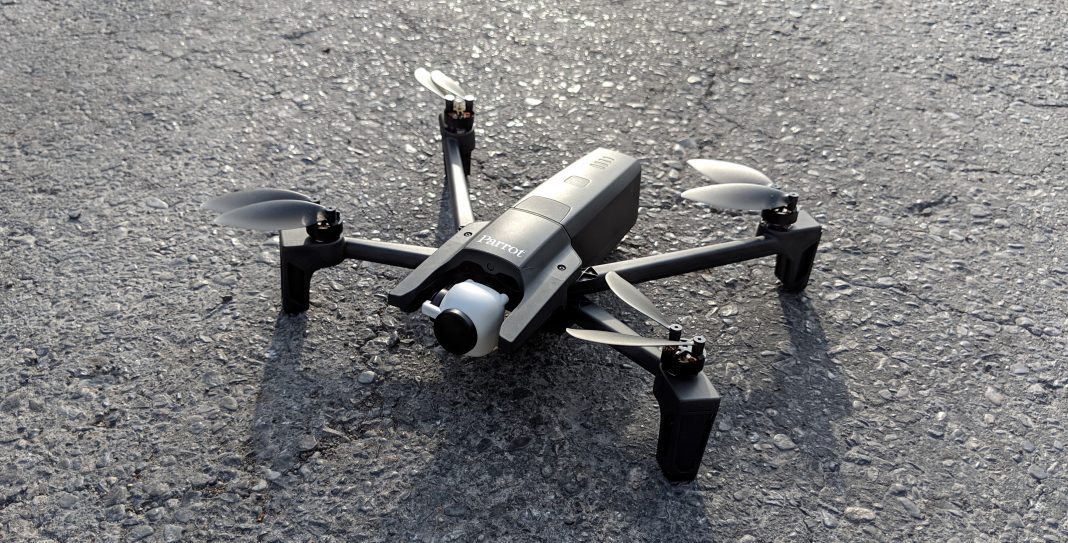 Its been awhile since I covered drones dating back to 2015 with Yuneec’s Typhoon 4K and then following up with DJI’s Phantom 4. As the years have progressed drone companies have managed to shrink these behemoths of flying machinery to more compact carriable sizes. There was nothing worse than lugging big carrying cases to get some fly time out of these drones which made me seldom want to do it. Flash forward a few years later and things are getting smaller for the better.

Parrot has been in the drone game for a while dating back to the AR.Drone in 2010 and even coming out with other consumer faced devices such as the Bebop in recent years. Also, you probably seen those back flipping minidrones geared towards more fun. With the Anafi, Parrot is looking to be taken serious in the drone flying arena and be a strong competitor to the likes of DJI and others. 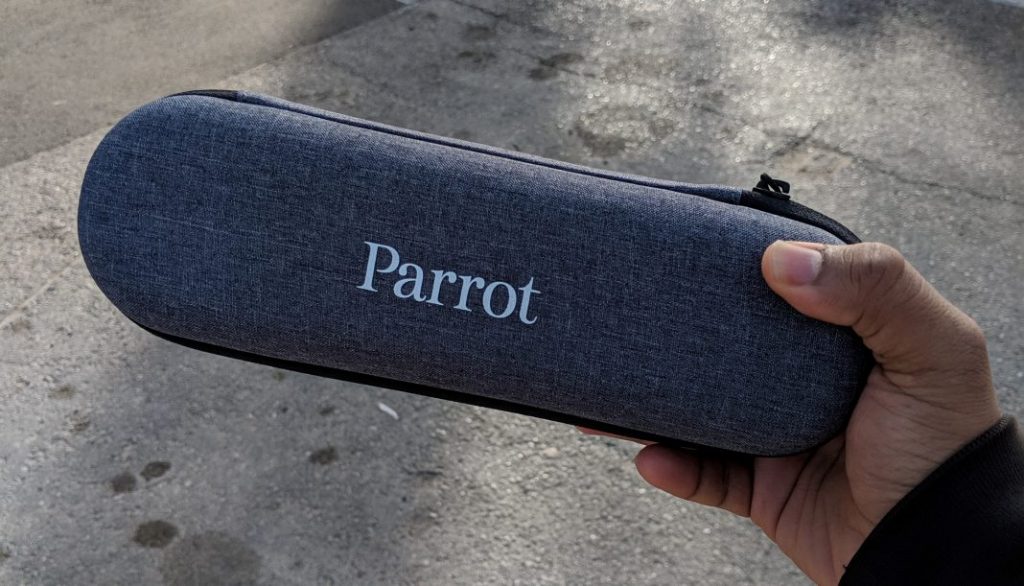 Out the box the first thing you will notice is the carrying case that the Parrot Anafi resides in. It has a faux fabric texture with just the Parrot brand logo on top. Once unzipped you be presented with access to the Anafi device itself. It measures slightly less than 10” (9.6) long with a thickness and width of roughly 2.5”. When unfolded each copter measures about 7” (6.9). The weight on the Anafi is impressive weighting under a pound at 11.3oz. Also, inside the case is a 16GB microSD card for storage. Parrot made sure to include 8 additional propellers and a mounting tool if you need to change them out for any reason which is good. 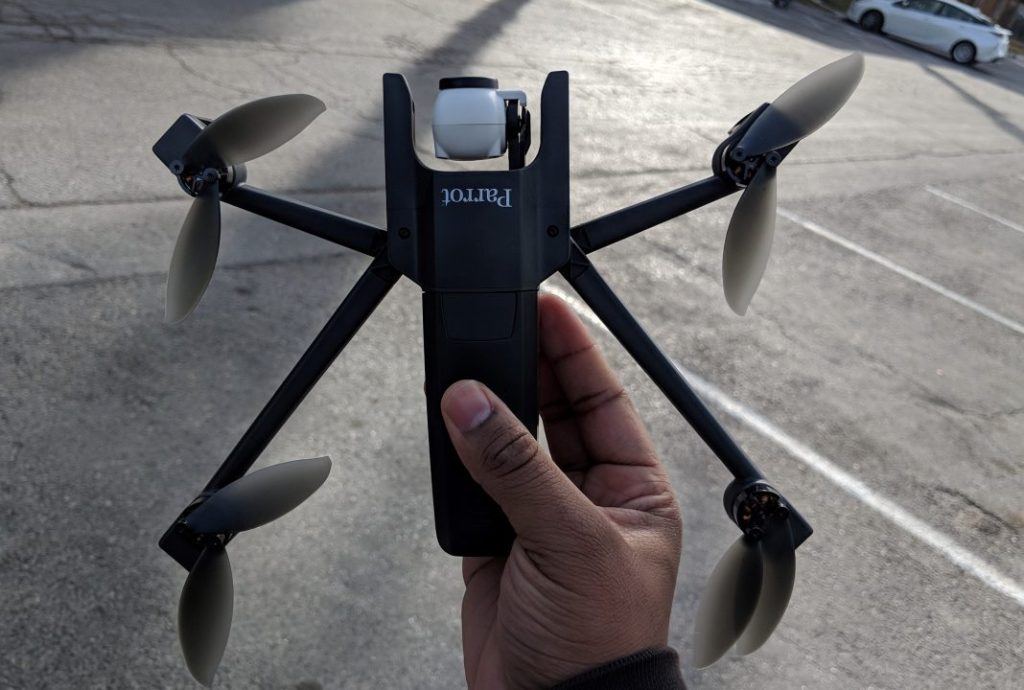 One of the big things Parrot has going for it with the Anafi is that the 2700mAh battery is detachable and can be charged via USB Type C. This means if you have a smartphone or a laptop that uses Type C you are good to go. No need for trucking around extra equipment or misplacing the adapter. When removing the battery, you also gain access to the microSD card slot. Depending on your usage, flight time is estimated to be 25mins off one charge of the battery pack. Of course, that varies on flying, recording quality and so forth. 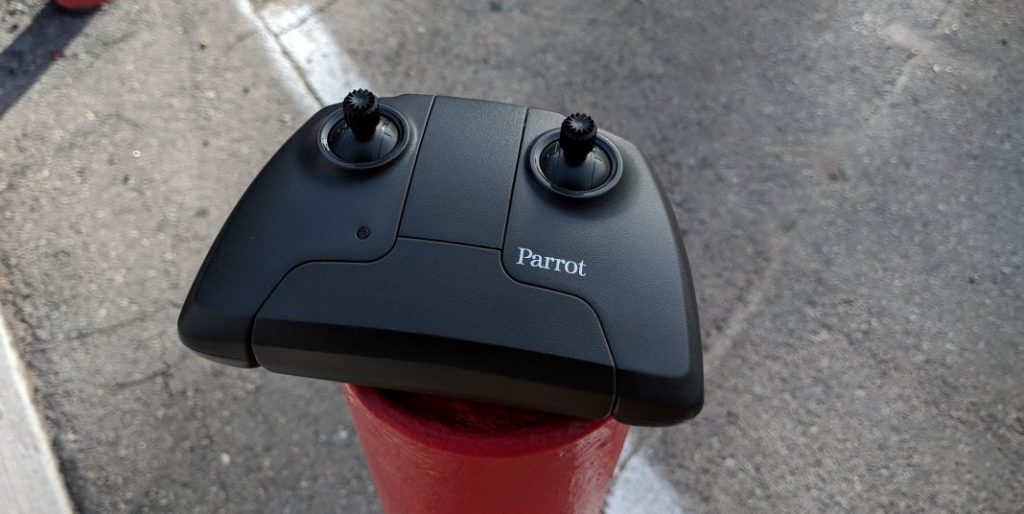 Speaking of charging the included Parrot Skycontroller 3 can be charged either via Type C or USB A if needed. The controller itself is a bit clunky feeling and weights more than the drone itself. It does though have grippy left and right thumb sticks and a host of buttons to make your flying experience pleasurable. In the middle is an RTH (Return to Home) button and Takeoff button. On the back area where the USB ports are there is shoulder buttons for snapping photos, recording footage and an optic reset button. Go slightly move back some and there is access to triggers for controlling the zoom of the camera and utilizing the tilt movements of the camera.

In regards to the camera specs are: 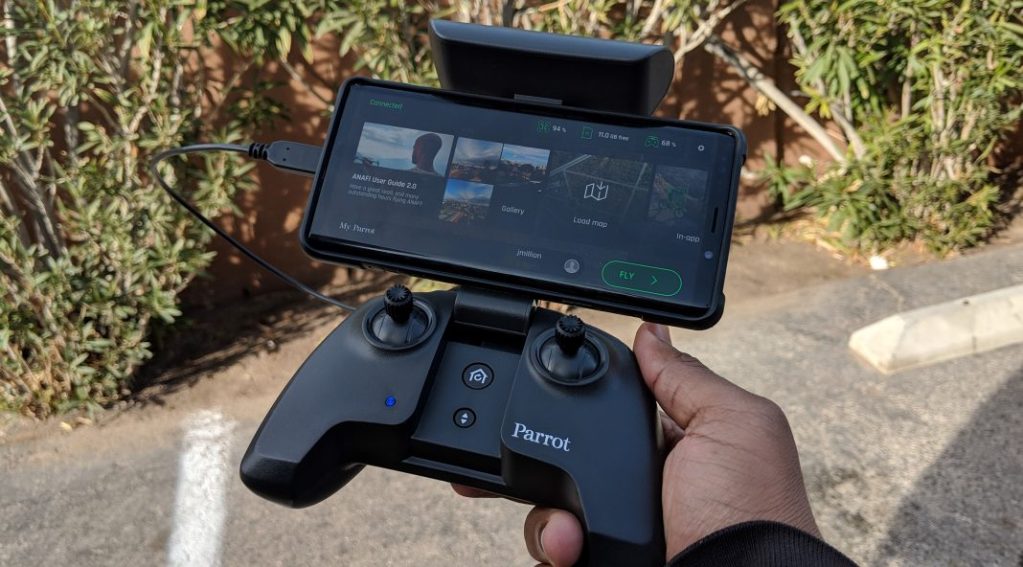 Once you get your Anafi and Skycontroller charged you can proceed to setup for flying. First off make sure you download the FreeFlight 6 app which is available on iOS and Android. For this review I used a Samsung Galaxy Note 9 for my visuals and navigation for the Anafi. The app will walk you thru all the usual details and more than likely hit you with software updates. Try to do this in a reasonable coverage area or home on Wi-Fi before going out to fly. Updates were quick and fast though thankfully.

Now be mindful of a few things, Parrot has put no geographical FAA restrictions on the Anafi. So, you can typically fly it anyway but shouldn’t. My suggestion is to check out apps like AirMap for Android and I believe Hover may still be available for iOS. Also, since the Anafi sits right slightly 3 oz. over the FAA required 8 oz. you should register your drone. It’s $5 here in the U.S. while other countries may have different regulations so make sure to check.

Once settled in you can take to the skies with the Anafi. The Skycontroller gives you access to various bells and whistles and shows you what the Anafi is capable of. There is SmartDronies which allows for aerial selfies with bokeh effects while “Cameraman” and “Follow Me” let you focus on a subject or person. Its nothing you haven’t seen in other drones. “Follow Me” funny enough isn’t included in the app but must be purchased for $.99. It is better than the close to $20 range they were charging  a couple months ago which was quite insane.

I had the Anafi a decent bit but couldn’t utilize it as much as I wanted to NYC based on crazy weather and just bad locations. I decided to take the Anafi with me to CES in Las Vegas as I knew there are plenty of areas with open space and not as many obstructions of view via buildings depending where I was at. Taking off was easy and I was able to get the Anafi up to about 100ft based on some geofencing I had set up. Using the controller with the Anafi, it was pretty much responsive to everything whether I took pictures or videos. I wish it was a bit faster from switching from video or photo, but it wasn’t anything deal breaking. I would have it in the air for minutes at a time and it would keep footage looking good while recording. It’s also one of the quieter drones I have flown even in its compact drone category. 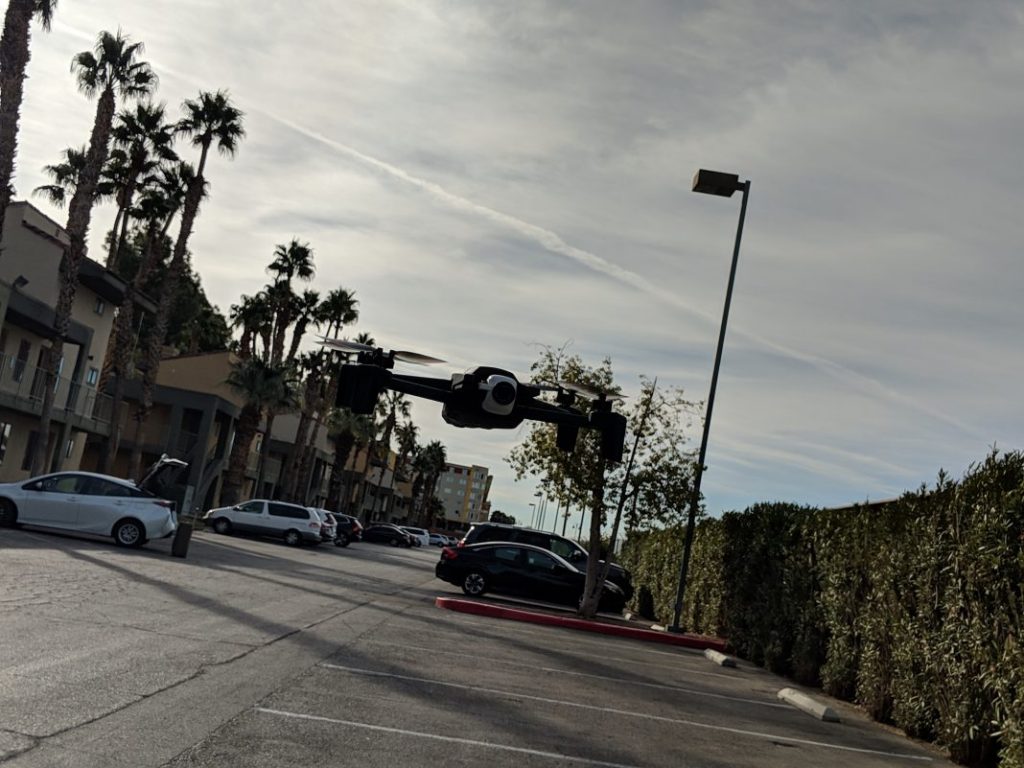 I will say though the Anafi can start to flutter left to right a bit, so you want to keep a watchable eye on things. Also, the Anafi has no obstacle detection which also means you are in full control and need to be more mindful. This can be a gift or curse based on your experience drone flying. It hasn’t bothered me much flying but could go terribly wrong for others. Since the Anafi relies on a Wi-Fi 2.5 & 5Ghz transmission system you must think what areas to fly in as well.

Photos I felt like were colorful and had a great amount of deal in them thanks in part to the HDR update that was pushed out back in November. The results recording in 4K  looks good and detailed capturing objects from afar. Now this is regarding using it during the day. Not so good at night where photos tend to be grainy which carried over into video. I did try out the Hyperlapse feature which looks interesting. You can check out some of the footage via photo and videos below.

Using the Anafi on and off the past month or so has been a nice experience. Its portability makes it easy to put in a backpack and the fact it charges via Type C makes your laptop, smartphone or even powerbank charger a viable option to juice up your drone. No obstacle detection and charging for features like “follow me” might be a deal breaker for some that need that extra cushion of protection especially those that just want to fly around. The FreeFlight app does give you a reasonable amount of options to customize your flight to your liking.

Right now, for $599.99 even with some of those omissions I think the Parrot Anafi has a decent number of features and good for those that have some drone flying experience under their belt already.