Ubisoft is rolling out more and more information about The Division 2 coming March 15th. They gave us a ton of info about registering for the private IF you did not pre-order the game HERE as well some important info for the PC master race about specs, and the required hardware needed to play The Division 2 from 1080p up to 4K. Today we get a new trailer about what to expect from the game in terms of multiplayer within the Dark Zones and Conflict PvP within the game.

This game looks to be just as good as its predecessor although it’s not NY (My hometown) but despite that, the fact that we’re not in the confines of a big city could mean a more expansive and open world be it that we’re in DC. This means a lot for PvP and PvP/PvE play. There’s to be three Dark Zones (East, West and South Dark Zones) as opposed to one big giant Dark Zone in the middle of the map like the first Division game. This will add some unique challenges to multiplayer. Changes have been made to the Dark Zones in terms of loot farming and protecting your loot but there are also new ways to steal loot from drops such as lockpicking and hacking which add a new element to being a dirty agent. 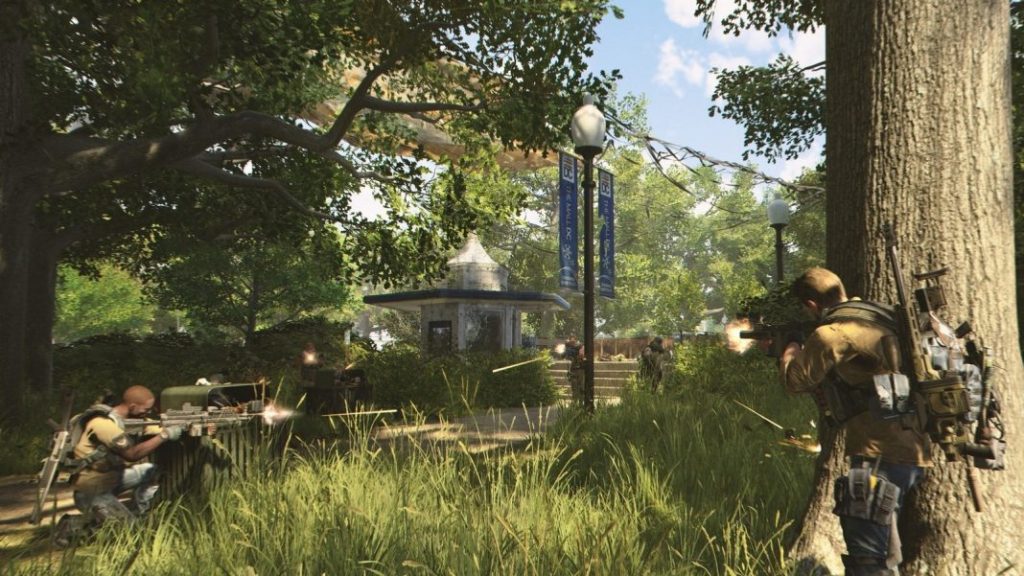 Rogue agents will now have status (As if being a traitor rogue agent isn’t bad enough). You’ll either end up being a Rogue, Disavowed Rogue or a Manhunt Status Rogue which is the worst of the worst. Being a rogue agent is the name of the game in the Dark Zone and it’ll either get you killed or get you some great loot that you’ve successfully jacked from another unsuspecting agent. This will sound scary for more casual and solo players of The Division 2, but Ubisoft has made some changes that will make entering the Dark Zone not such a painful experience. Automatic turrets will protect newer players from thirsty rogue agents looking to come up on an easy kill when new players first spawn into the Dark Zones. Each Dark Zone based on the video will have a certain set of circumstances that will help to divide players into zones best suited for them.

Conflict is the organized PvP version within The Division 2. There are two modes Domination and Skirmish. Domination focuses on zone protection and all out gunplay while Skirmish focuses on ridding the other team of its resources and more strategic planning and tactical gunplay. Both modes open up the game to more than just the story thus giving the game much more replay value even if you’ve completed the story campaign.

This insight into The Division 2 shows off a game that looks to be a main stay for a lot of its players. My only hope is that it doesn’t struggle with the problems that the first game end with DLC and end game content. Regardless, what we’re seeing right now is promising and The Division 2 seeks to be a Game of the Year candidate.