2018 for smartphones can realistically be dubbed “The Year of the Notch”. Most but luckily not all phone manufacturers were supporting this and while some made it look almost unnoticeable others left you with memeable Bert from Sesame Street style cutouts. In any event its still been a good year for smartphones ranging from spectacular battery life, terrific camera quality and some swift software. Some even pushed the reaches of displays removing cameras from the front and representing them pop out style. But in any event, these are the phones we came across this year and felt were the best of the bunch.

Smartphone of the Year – OnePlus 6T 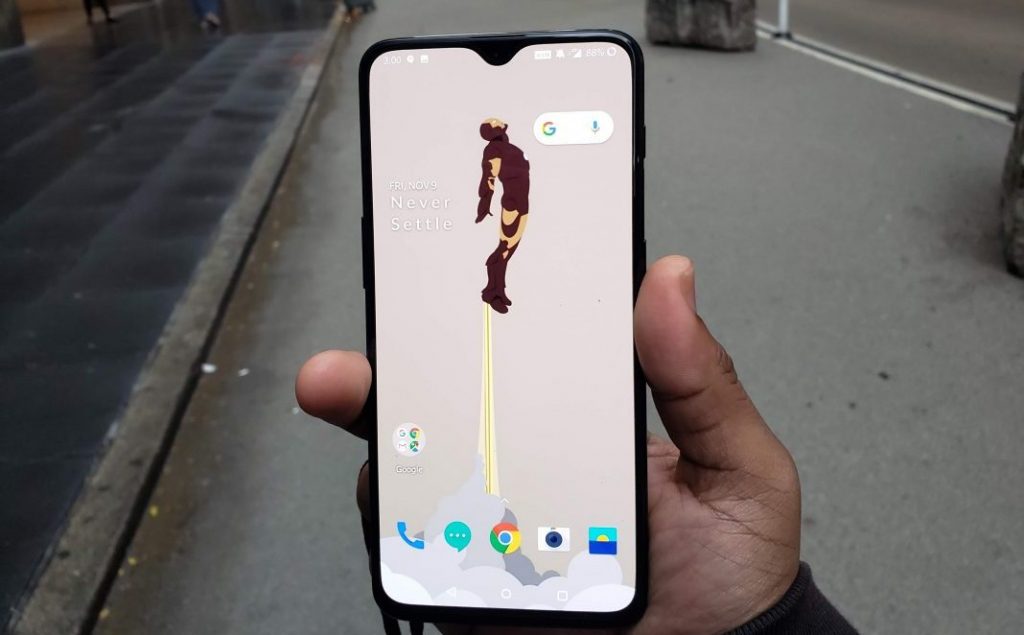 One of the most talked about smartphones to end the year comes from the house of OnePlus. It really comes down to a variety of things ranging from hardware, software and the most important is price. OnePlus manages to give you a 6GB/128GB combo starting at $549 with the most powerful topping out at $699 which includes an unprecedented 10GB/256GB mixture. Every phone has the latest Snapdragon processor, latest build of Android, and even one of the first to have a fingerprint scanner embedded in the display. There are some compromises with the 6T, but it does hit most markets a consumer will need. Also, its Dual Sim 4G game is killer letting you jump from carrier to carrier as quick as a tap.

From a design perspective the Galaxy Note 9 is most likely the best-looking smartphone I have held this year. The curves, the size, display and 4,000mAh battery hit on all marks. Samsung made sure to pack this phone with everything you would need in a device. They are almost one of the folks to leave a headphone jack intact so kudos to them. Its dual lens 12MP camera is some of the best in the biz and its hardware allows some intense mobile gaming especially with games like Fortnite. Its virtually available on all carriers and comes in an array of colors. 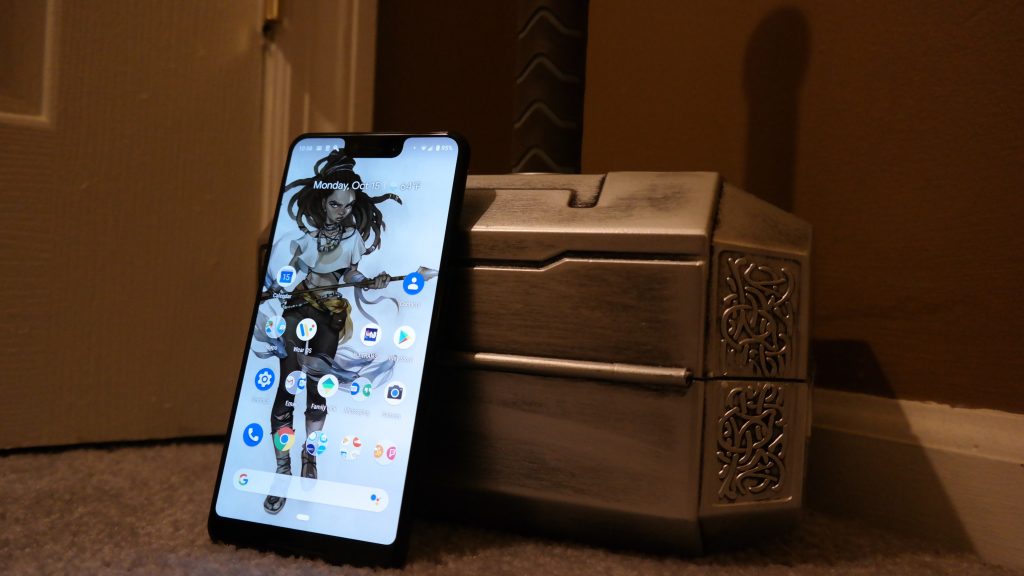 After having what may have been the best phone of 2017 in the Pixel 2/XL, Google went ahead and launched its successor the Pixel 3 and 3XL. Both phones are pretty much identical down to the specs besides the size difference of 5.5” vs 6.3’ and larger battery. Google brings you all the vanilla software and great camera optics you love. One of the biggest gripes about the 3XL was its huge hanging notch and if you have a 2 or 2XL does it even make sense to upgrade? A lot of the features of the Pixel 3 series have trickled down to the 2 Series. If you don’t have a Pixel, then the 3 is a great pickup otherwise I say wait till next year. 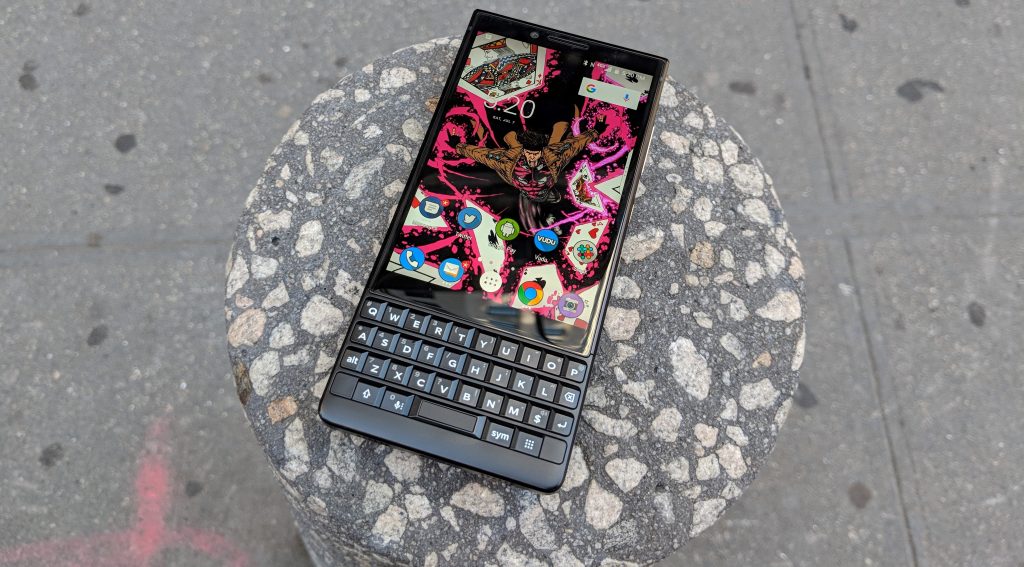 If you don’t care about big displays and fantastic cameras but love productivity and battery life than the KEY2 will be right up your alley. While it has the smallest screen on the list at 4.5” it manages to keep that 3,500mAh battery chugging for a day or two. It doesn’t have the strongest specs in the game but it’s perfect for getting work done. Multi-tasking, emails, and nothing beats typing on a keyboard. If security is a concern BlackBerry has outfitted the device with their DTEK software that gives you full access to app permissions and privacy shade for those nosey over shoulder glancers. I consider the KEY2 one of the sleepers of the year. 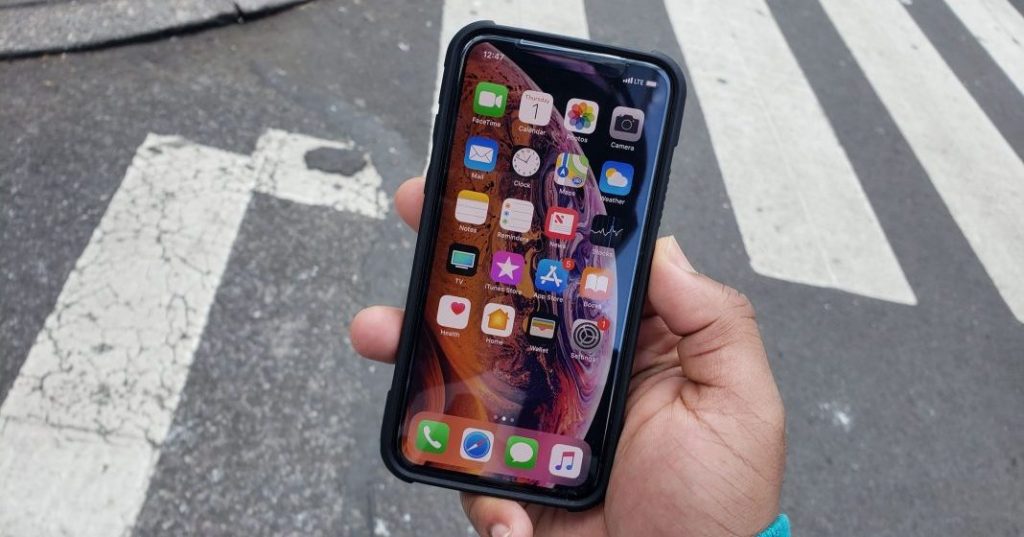 Best of the Bunch – iPhone XS

I mean Apple is only competing with itself in this category but if you must choose b/w the latest crop of iPhones the XS hits the sweet spot. It’s a 5.8’ display that has the latest and great hardware from Apple and provides some vivid colorful images. Software is top notch moving from app to app seamlessly. If you need more room the XS Max jumps up to 6.5”.

If you want a bigger iPhone, want to save some cash, need a funky color and don’t need the best from Apple the XR will be better on the wallet. Its almost $300 less than its XS siblings and still gives you a great OS, nice colors, Face ID and a decent camera.