It is my favorite time of the year, another #MadeByGoogle hardware event has come and gone. This year Google has announced a few products among chief among them is the Google Pixel 3. For awhile not my phone of choice has been the Pixel line. From the original Pixel to the Pixel 2, long after my review has been completed, I’ve still use the Pixel phones as my daily drivers. When it comes to Google devices, I always tell people Google is a software company and this is where they shine. Their devices and the design choices for their devices are simple. Clean lines and simple design. I don’t see anything wrong with this, and it leads to letting the software take the center stage. Has this concluded with the Pixel 3, let’s talk about it.

***For this review, we are using the Pixel 3 XL. With the hardware being the same on both models, this review is applicable for bot unless otherwise noted.***

Same Design, Fixed Issue of the Past 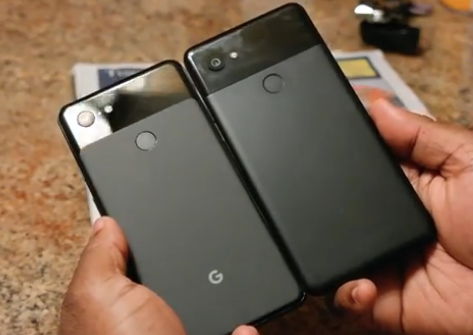 The Google Pixel 3 and Pixel 3 XL, really do look pretty much how the Pixel 2 and 2 XL does. When it comes to the design this time around, much hasn’t changed. The biggest design change is a new color which is Not Pink. Along with this color there is the returning Just Black and Clearly White. Most of the design changes this time around aren’t just for looks, but more to accommodate new technology in the Pixel 3 like the included wireless charging. The back of the phones may look like the same material as the Pixel 2 but this is actually Gorilla Glass 5 now. This allows for the phone to be used for wireless charging. Along with this change the back surface had a mix of fine texture which looks/feels like the metal of the Pixel 2. This does cut the grip slightly, but it does add the to the feel of the phone and reduces the dreaded fingerprint marks. 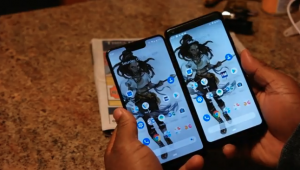 Now other than some subtle changes to the design to work in the extra wide lens camera on the front, and a change to the speaker cut out for the Pixel 3 XL (speaker cut out was made smaller within the notch with the cameras on both sides of the speaker), you’re pretty much getting the same look as you did with the Pixel 2 series. But honestly this isn’t a bad thing, Google has a simple understated design as the main show is the software experience and its look works. The main changes to come to the Pixel 3 were some corrections from the Pixel 2, and I’m talking the screen this time around. You’ll be happy to know that the screen on both the Pixel 3 and Pixel 3 XL is leaps and bounds better than it was before. Google has been a lot of time this time to make sure the screen looks impressive and they should be proud this time around. If you were fearful because of the screen, I will tell you are safe to go ahead this year!

I talk a lot about Google’s software experience and that they aren’t playing the spec game because it is their software that is the main show. Let me explain why. Google has always offer software and services to serve more ADs for its network (Gmail, Hangouts, Google+, Maps). Hell even the creation of Android was to get more screens for it using Google search. Google has spent the last 20 years collecting, organizing, and analyzing data. It is not using the enormous mountain of information to power AI and machine learning, which it has used wonderfully with the Pixel line. It’s brought features like the Google Assistant which replace Google Now. Google Assistant no longer wait for you to tell it what you need and it starting proactively figuring out what you might need and serving it up to you. On the phone it help you look for information you needed, made suggestion based on habits and location, it became useful as a true assistant of sort. This got better with the Pixel 2 and now even more so with the Pixel 3. 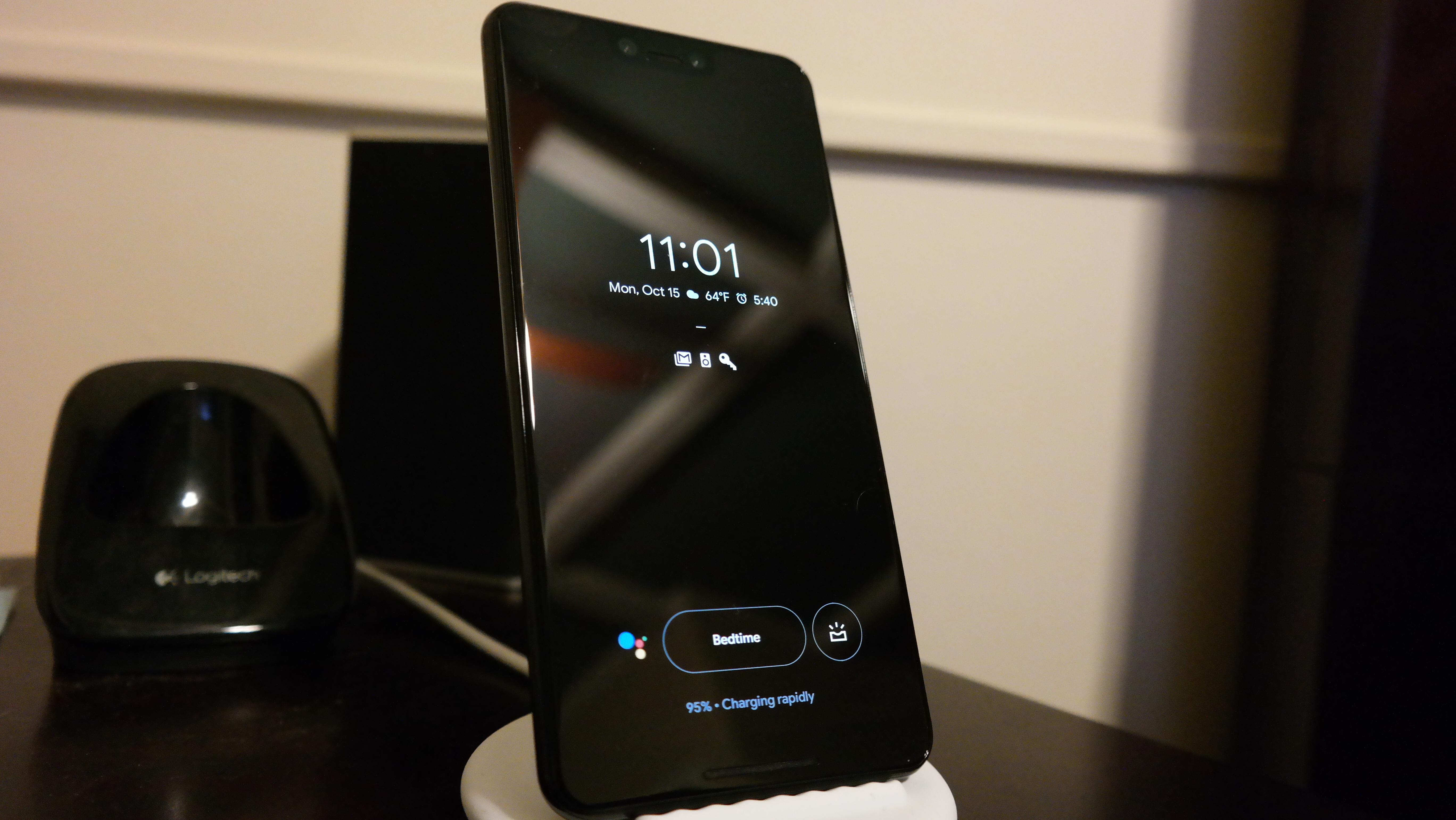 Google has brought AI and machine learning to the Pixel 3 to do things, others need more hardware for. With the Pixel 3 while other are adding 3 or more cameras to their phone, Google has kept one and used algorithms to use the hardware it has and make taking pictures better. With the Pixel 3 we have features like Top Shot which take images before and after the exposure and then the Pixel 3 can recommend the best shot based on those algorithms. Then there is Super Res Zoom which has taken the inherit shaking or your hand while zoom in to layer those images into a real good shot. And lastly Night Sight (which we haven’t been able to test yet) which is able to brighten low light images to make them a shot you would actually want to keep. All of this done on the software side locally from the phone. Just think this is just within the camera. 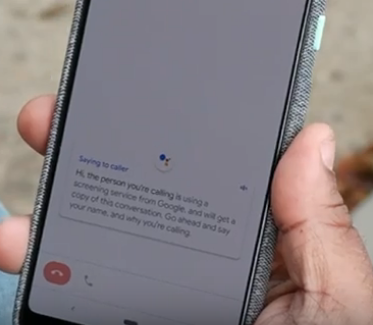 One of Google’s more interesting software driven features in the new Call Screen! With call when an incoming call comes in and selected, Google Assistant will verbally interact with the caller and hold the conversation for you. When the calls speakers you will see a live transcription of the conversation on your phone. This is all happening locally on the phone and isn’t going to Google servers first. While the person is speaking you can choose to ask for more information using a variety of pre-selected responses, pick up the call, or let them know you will call them later but just pushing a button and letting the Assistant do it for you. This is something I’ve already used on a few telemarketers or scam calls and I love it! Beyond that the Google Pixel 3 has the same (albeit better) software experience you had with the Pixel 2. Now running on Android Pie or 9.0 the OS just keeps getting better.

How Has the First Week Been?

Honestly I already love using the phone, but I kind of already knew this going in. But because we get into it, let’s talk about the notch. Last year the main issue with the phone was the screen and Google has corrected that. This year it seems it is all about the notch. While not present on the Pixel 3, for the XL the notch is there and it isn’t going anywhere. The notch seems to be very divisive with people who either hate it and those who don’t care. As for me coming from a Pixel 2 XL with no notch….I don’t love it, but after just a week (really probably a day) it just doesn’t bother me. In pictures and video, they notch looks huge and it is bigger than most. Yet after using the phone my mind had really ignore it to the point where I only see and pay attention to it here and there. You may feel different, but I can tell you the notch hasn’t ruined the experience and is definitely not a reason to not pick up this great phone. 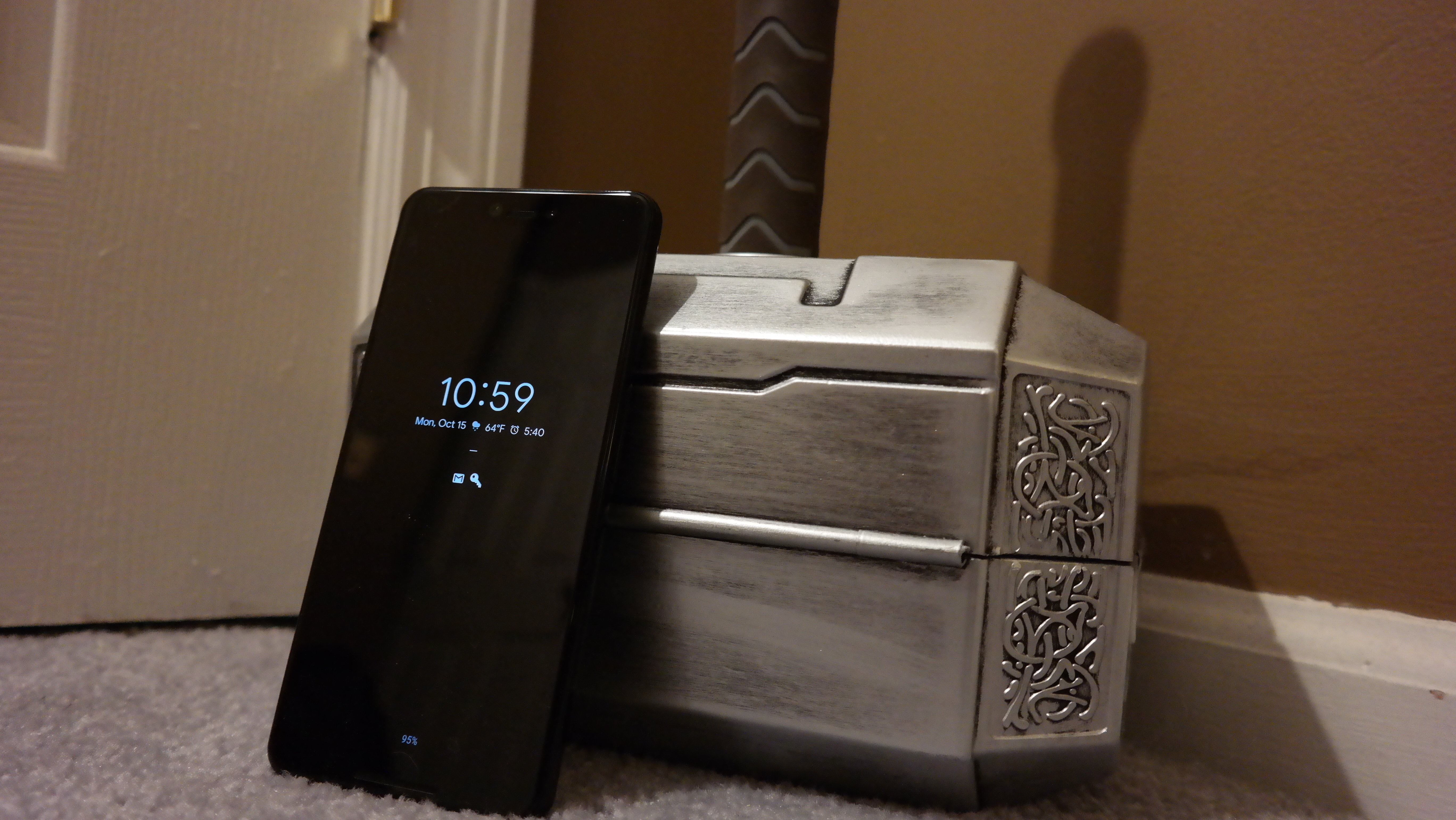 After the first week, my experience has been great. I’ve enjoyed the same experience I’ve had with the Pixel 2 XL running on Android Pie. This definitely isn’t a bad thing, but just means the Pixel 3 XL just works. I don’t want to think about too things while trying to go about my day using the phone, I want it to just work and allow me to do what I need. The Pixel 3 XL does this. Battery life has been good with me getting about 15 hours or more depending on usage. This has pretty much lasted me a whole day without worrying about topping up. Android Pie on the Pixel 3 is currently snapping, and smooth in its use. I haven’t come across any weird bugs or glitches so far. I’ve snapped a few shots using Top Shot and some of the other features and the camera has work exceptional well, I have no doubt it will be again among the top cameras on a phone for the current flagships. Again Google has taken good hardware and paired it up with great software, crafting a good balance that gives me an amazing experience!

Cost and In The Box 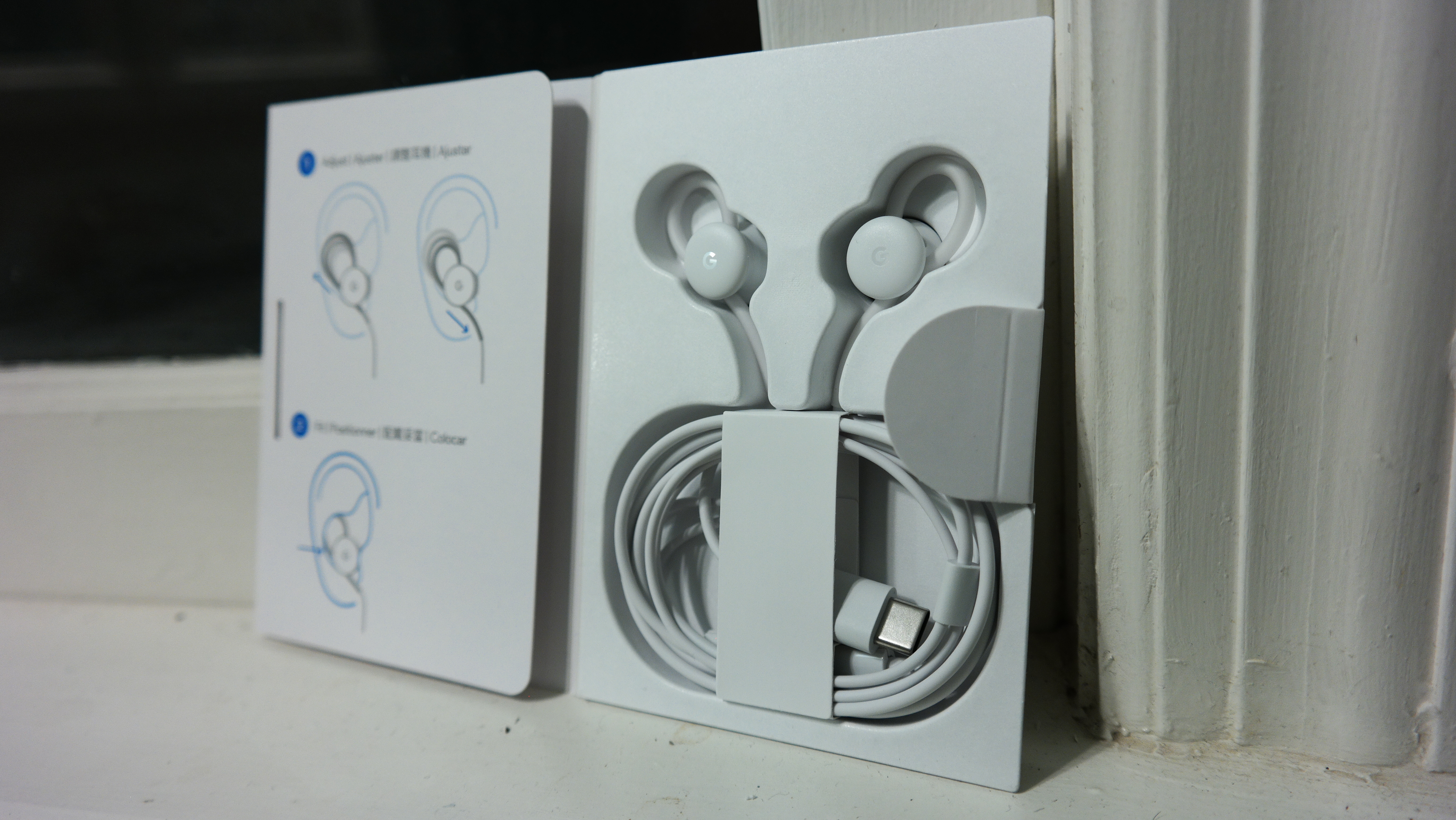 The Google Pixel 3 will run you $799 to start and $899 for the Pixel 3 XL. This will get you the 64GB storage models with another $100 bump up if you want 128GB. In the box besides the phone, Google this year has included a pair of wired USB-C headphones that have the same look as the wireless Pixel Buds. These headphones can be used with Google Assistant, and do live translation like the Pixel Buds. Both models share the roughly the same specs with only the battery being bigger on the Pixel 3 XL and the Pixel 3 speaker sounds being about 10% less than the XL. The Pixel 3 series is not available for pre-order now and both models come in Just Black, Clearly White, and the new Not Pink. We’ll have more about the Pixel 3 as we next talk about the new Google Pixel Stand.