Time flies and I’m heading into a year this week that I went out and bought a Nintendo Switch(Mario Odyssey Bundle) and never looked back. I have managed to give great opinions about the Switch from it being on the go to a decent amount of ports being brought over to it. Some as I started to build my library I started to realize how trash the “D-pad” was on the left joycon. This really hit me in reality further when I got Street Fighter 30th Anniv. Trying to do half circle motions became a nightmare. But funny around that time I heard Hori was creating a solution to this and I was all ears. Did Hori fix my woes and get me back in Tiger Uppercut mode?

Hori’s D-Pad Controller is for the left side of your Nintendo Switch and comes in two styles. In red is the Mario style various catchphrases and couple of images. The Zelda version is in black with gold accents and the Hylian Crest on it. Both have a slight translucent design so you can the “guts” of the controller. You can feel the difference in the Hori D-Pad and the Nintendo Joy Con right off the bat. Nintendo’s has more weight and feel more solid. Capture and “-” buttons on the Hori are squishy and have no click compared to Nintendo’s. SL / SR buttons are non-existent on it as well.  But that’s not what you bought it for. It’s all about the D-Pad and you will feel right at home upon using it. It has full directional support and you will notice it soon as you start up your fave 2D scroller or fighter.

To be perfectly honest I been using the Hori’s D-Pad controller to play a ton of Street Fighter. It has made a world of difference in combat. Moves are fluid now thanks to the D-Pad as half circles and even charge moves like Psycho Crusher finishers fly out with ease. I handed it off to some heavy game fighters and they felt the difference instantly and was pleased how well it responded. Playing games like Crash Bandicoot helped bring that old school feel as well.

Hori is giving you what’s exactly advertised which is a D-Pad controller for the Left side of your Nintendo Switch. This controller doesn’t have wireless capabilities or give you any force feedback. I knew all this coming in and I personally don’t find it a problem. If i need wireless on another game I can always just slide out and swap. But this may not be everyone’s cup of tea. 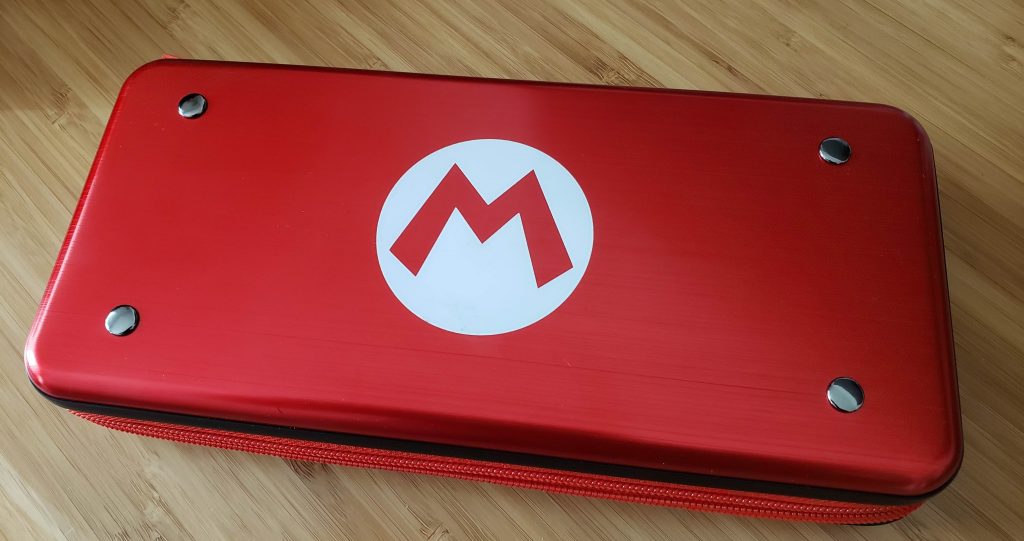 When Hori sent out the D-Pads they were nice enough to send along a couple of accompanying game cases or as they call AlumiCases. They are tough on the outside with slight brushed metal but with cushion on the inside to protect your Switch. They also have slots to hold up to five game cartridges if you haven’t gone full digital. They are pretty sturdy and I like the look and feel. They are a bit thicker than your usual cases but i feel like if throwing in a backpack you be fine. They run for $24.99 at various retailers including Amazon. There is more photos below in the gallery.

At a reasonable $25 if you are an avid old school gamer or fighting game fan the Hori D-Pad Controller is a nice investment for your on the go needs. Of course it doesn’t have wireless or feedback but it excels in what it showcases and until Nintendo gets its act together on their own joycons this is the next best thing.

Hori D-Pad Controller(Left) is available at various retailers for $24.99.