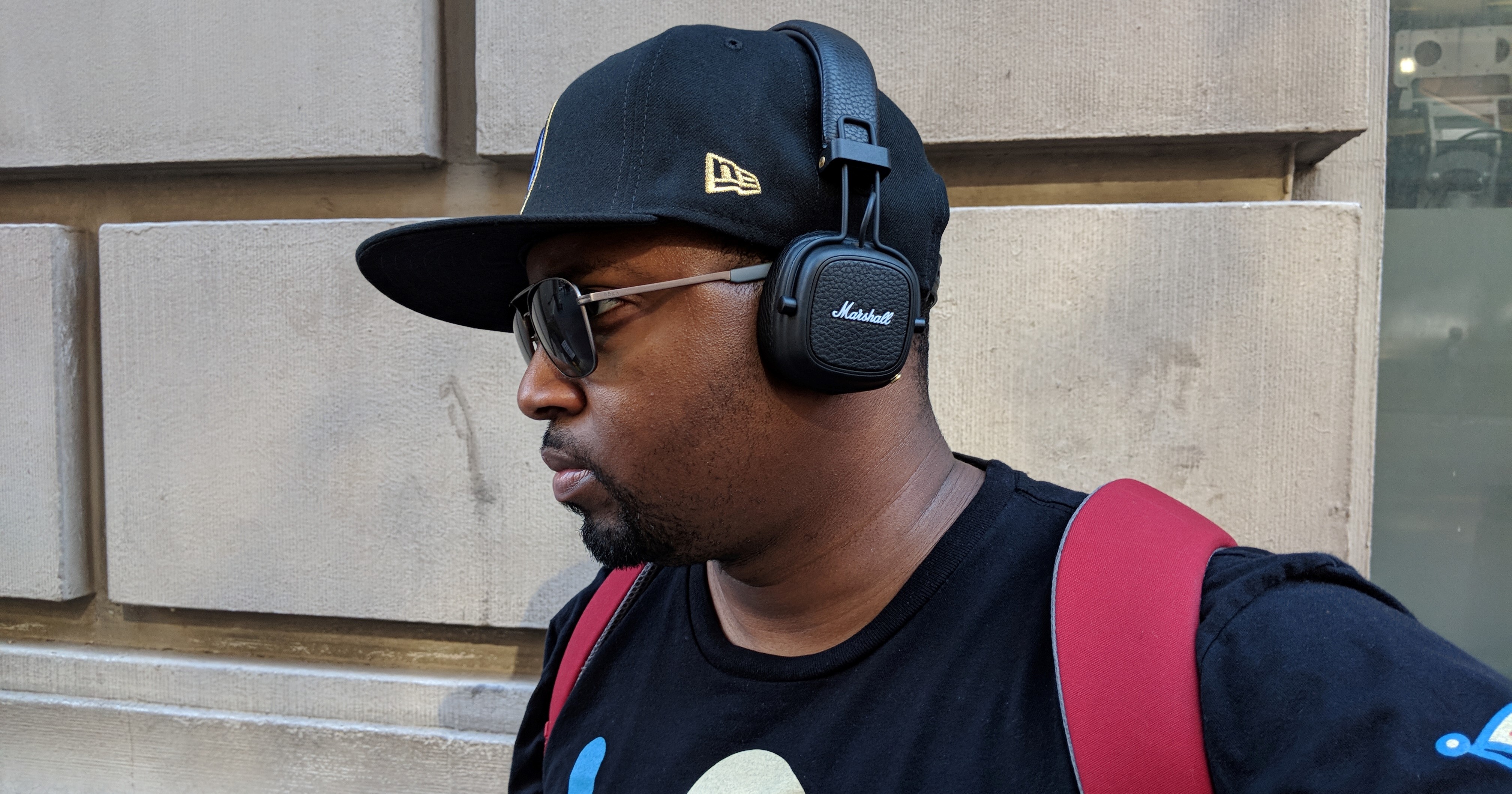 Marshall has been in the music industry for decades and you most likely see them more than you realize apparently in reference in concerts thanks in part to their large music amps that tend to grace the stage. Looking at their line of headphones and they carry a simple motif. I been rocking with the Major III Bluetooth which delves into wireless territory as its become an emerging spot of portable audio. 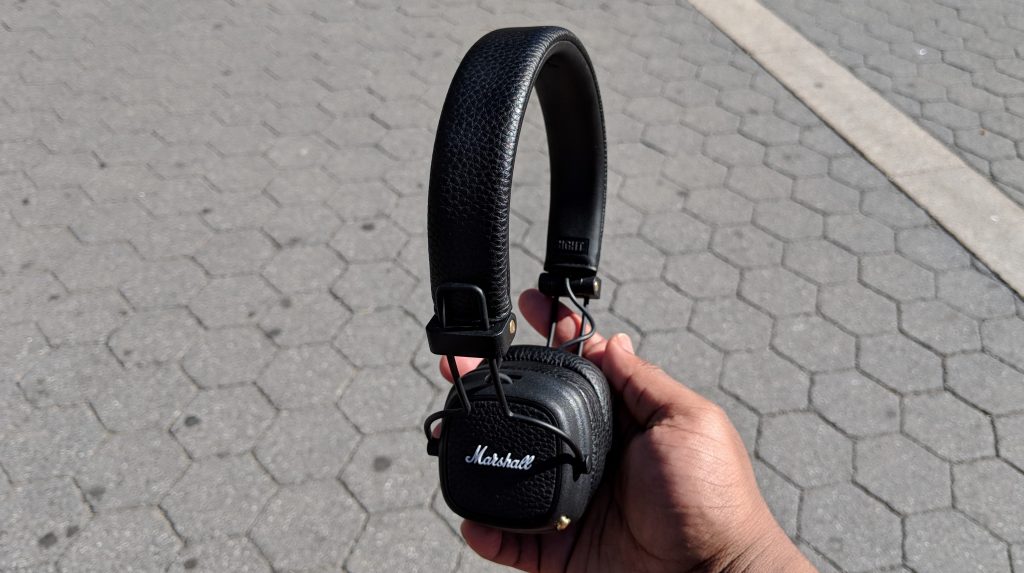 Following the usual palette of Marshall products, the Major III are no different with a black and gold styled combo. They are almost identical to the Major II I covered a few years. There is faux leather throughout the headphones covering the headband and inner portion of the ear cushions. Outer part of the ear cups feature the signature cursive Marshall insignia embossed in white on each side. Ear cushions are rather plush and comfortable pressed up against the ears.

Included with the Marshall Major III is a 3.5mm detachable audio cable. If you do decide to go wired the cable does have a one button remote that allows for various functionality such as play,pause and rwd/ff. Interestingly enough you can have a friend use this cable and they plug into the audio jack and listen to the same audio on their own headphones. For charging purposes there is a black microUSB cable that fits in on the left side of the earcups.

While the Marshall Major III are slated to be pretty durable and fold up to be collapsible, I would have liked them to come with a case or sleeve for storage purposes. I have thrown them in my bag on various occasions and they survived without issue but some slight protection would be nice. 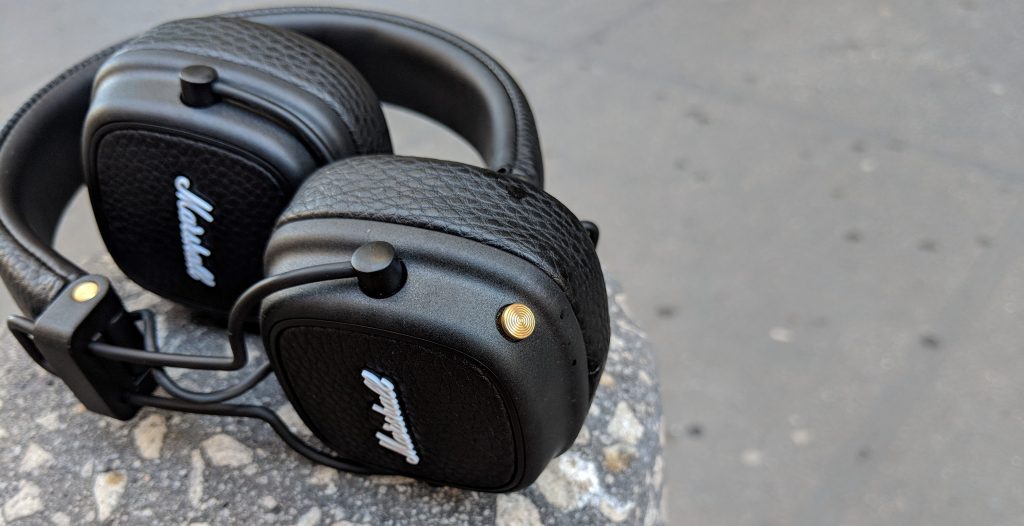 These resemble their predecessors design almost 100% but they do bring something new to the table. That would be in the way of a one stop shop golden button on the back of the left ear cup or what they are calling a Control Knob. While it doesn’t look like much it provides lengths of movement and function. You use it to power on the Major 3, sync up bluetooth, volume control and play/pause features. All based on which direction or press you give it. There is little detailed grooves on the knob to give a better feel with your finger and its pretty responsive to any clicks you present it.

Marshall hasn’t failed me in the audio category yet and they continue to succeed with the Major III. Outfitted with 40mm drivers in each ear you are getting a leveled sound profile on these headphones. They provide decent lows but they aren’t bass heavy for those that in indulge in a bit more thump in your ears. Otherwise though you should be pleased with the sounds. Vocals on the other hand are pushed to the forefront and great that like to hear their fave lyricist or songstress. 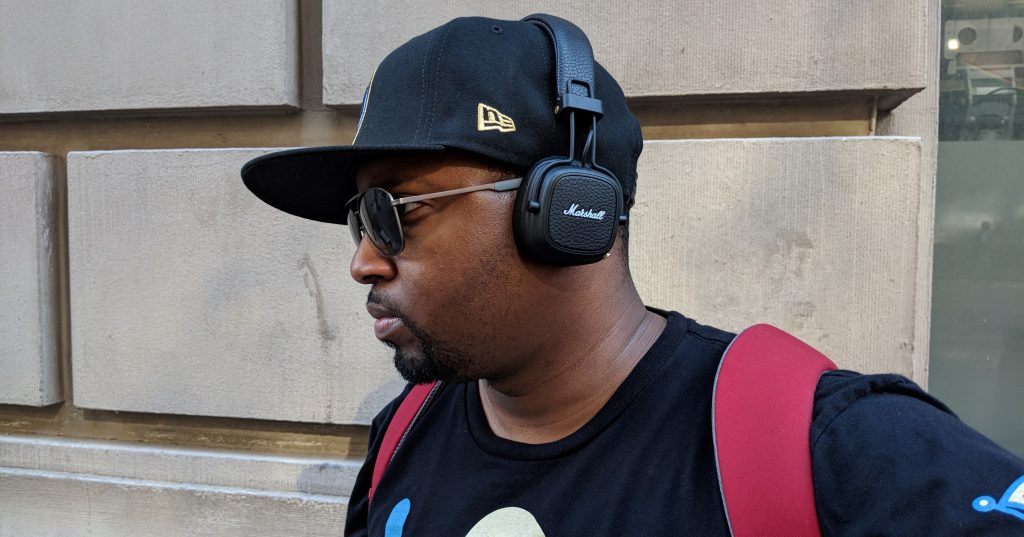 Having used the Major 3 for a good length of time I like the simple not outlandish styling and how compact they are and can fit pretty much in any bag. Listening to various tracks on them has been pleasant and only gripe I can say is using them on the train since there is no ANC outside noise can seep in and they are on-ear headphones. Also wearing them for extended periods they start to feel a little tight but that’s more so me wearing glasses so not may not be as bad for others. Marshall made sure to provide these headphones with AptX to give you great translation from smartphone to Major III and don’t think I came across any breakups or distortion. Battery life is slated for 30hrs and they are well within that range as I haven’t run to charge these often which is a winner.

Marshall has hit the mark again with the Major III. They have a great build quality with the faux leather style without the headphones while throwing small gold accents to offset it a bit. The Control Knob is a nice change of pace and takes out the pressing of multiple buttons. Battery life is stellar as well as bluetooth frequency. As I mention most of the time just wish it came with a case/sleeve. 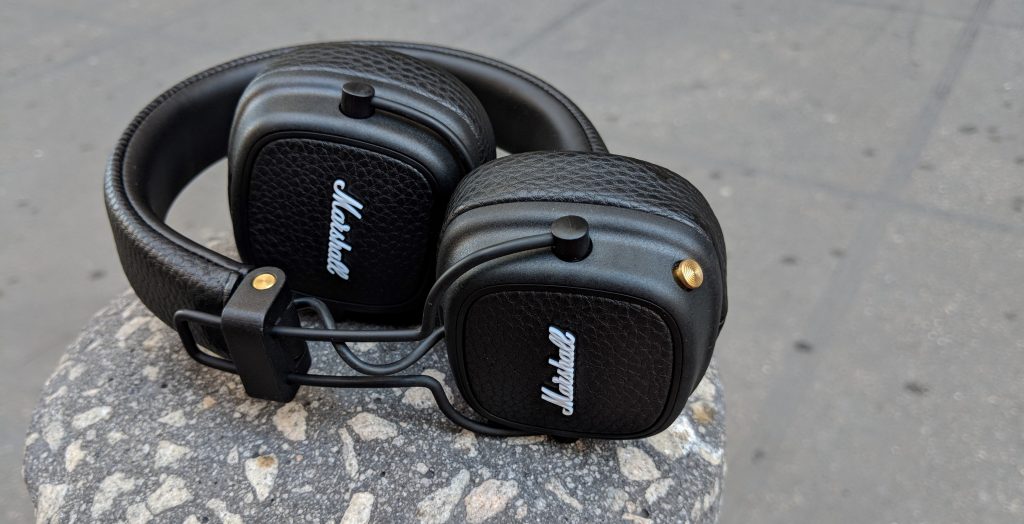 Major III Bluetooth by Marshall is available for $149.99 but if you are interested in the wired version they go for close to half price at $79.99.