As the summer comes to a close, I definitely want to take a look back at one summer highlight around Father’s Day. This summer was the year where I was taken to my little one on some major rollercoasters (not officially be tall enough to ride the big ones) and a thrill experience not to be forgotten. This thrilling day was brought together by some good people at Chevrolet who not only hooked us up with some passes to Six Flags Great Adventure, but us drive there in style in checking out the 2018 Chevrolet Tahoe Premier. It was a weekend of missed attempts, good rides, and excellent comfort.

This One Isn’t Bad…

When the Tahoe was dropped off, I immediately noticed the white color. I’m typically not a fan of car in white, as I’m generally not drawn to the color and believe they are a pain to keep clean. But the white on black for this Chevy Tahoe looks sharp. The nice clean lines of the Tahoe really stood out with the white on black. Loved the black rims and badging all around. And when you seen that splash of red from the brembo brakes, this SUV was indeed a presence! 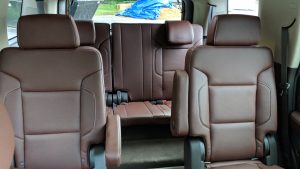 Once you entered the inside, the Tahoe felt big, spacious, and comfortable. With sitting for 7, there was more than enough room for the 4 of us to really stretch out and have our own space. The captain’s chairs is especially nice if you have some young ones who want do their own thing at times during a trip. The interior was a nice shade of brown and the stitching on the chairs were a nice touch. The Chevy Tahoe Premier trim was definitely lining up to be an excellent vehicle for the mini road trip we had planned.

Missed Attempted at the Drive-In

While Six Flag Great Adventure was the main event, I thought the Tahoe would make an excellent vehicle to take in a drive-in movie. With all that room to stretch and that BOSE speaker system, this would be perfect way to kick off the weekend with my daughter and her friend from school who was spending the weekend with us. There happened to be a drive-in movie theater about 30 minutes from where we lived, so this was our mission for Friday night. Coming out that weekend was The Incredibles 2, so this was what we set out to see. 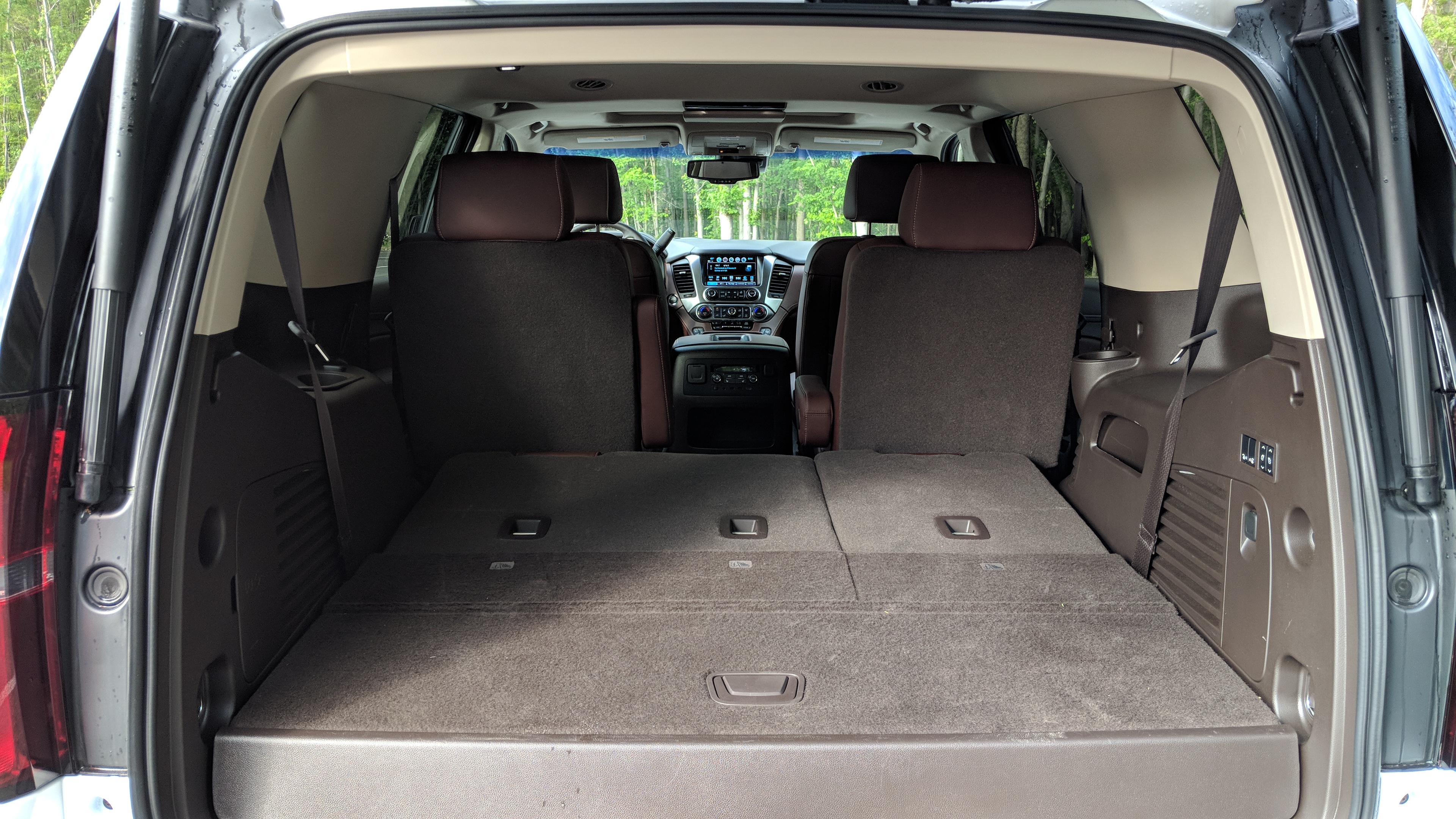 The drive over though a little long on a Friday night after a day of work and school, was a nice calm one in the Tahoe Premier. It help that the route there was mainly easy-going and smooth, but when we did hit a random crack/bump/pothole in the road, it was barely felt. Now the good part with a nice open road, was getting to test out some acceleration. For a big SUV, the Chevy Tahoe have some nice get up and go. Never did I feel like I didn’t have the pick up speed when I needed it and never did you feel the heaviness of it when taking off from a light. However with all that speed, the one thing I failed to realize on the opening night of a new movie that has been anticipated for a long time, at a drive-in movie theater in a sort of small town….The extra time needed to get there early enough! Yes after a long but easy flowing drive, we arrived to the sign saying the theater was full. We thought okay maybe a regular theater instead, but by that time sold out everywhere! Tonight was a bust! At least it was a nice ride together with some good music (though the girls might not have agreed with the choice of music choice haha). In defeat we headed home to get rest as tomorrow would be a big day! 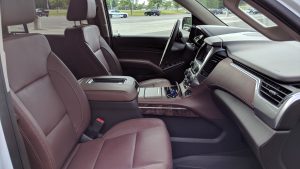 As mentioned earlier my daughter had a school friend spending the weekend with us, and she had waited to get on some big rollercoasters. You know what this meant, it was game time. Not only was it the mission to get on a ton of the true thrill seeker rides, but to introduce break in her friend to the coaster conquering style of riding the majors. There would be no stopping for a rest, we would be hopping off one coaster and hitting the next, no time to regain your composure or reevaluate your life choices up to that point haha. Straight blitz was the plan! 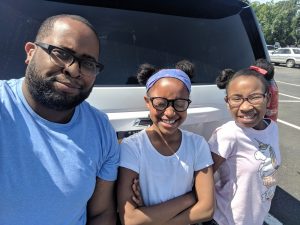 First light we was in, Tahoe gassed up (holy mother does it have a big tank holding 26 gallons, filling this one up isn’t for the faint of heart!) and we was on the road. During this ride everyone was in their own zone, either on their device and in their own climate with dual and rear A/C control. Before you knew it was park time. We had some real VIP treatment as Chevy had a onsite contact who not only had our parking pass for us as we arrived at the gate, he was there when we arrive personally handing it to us. Later he personally picked up our park tickets so we didn’t have to wait on-line at guest services and then escorted us in pass the long entrance lines. The girls really got a kick out of that, shout out to Tom at Six Flags Great Adventure but truly making the ladies feel special! 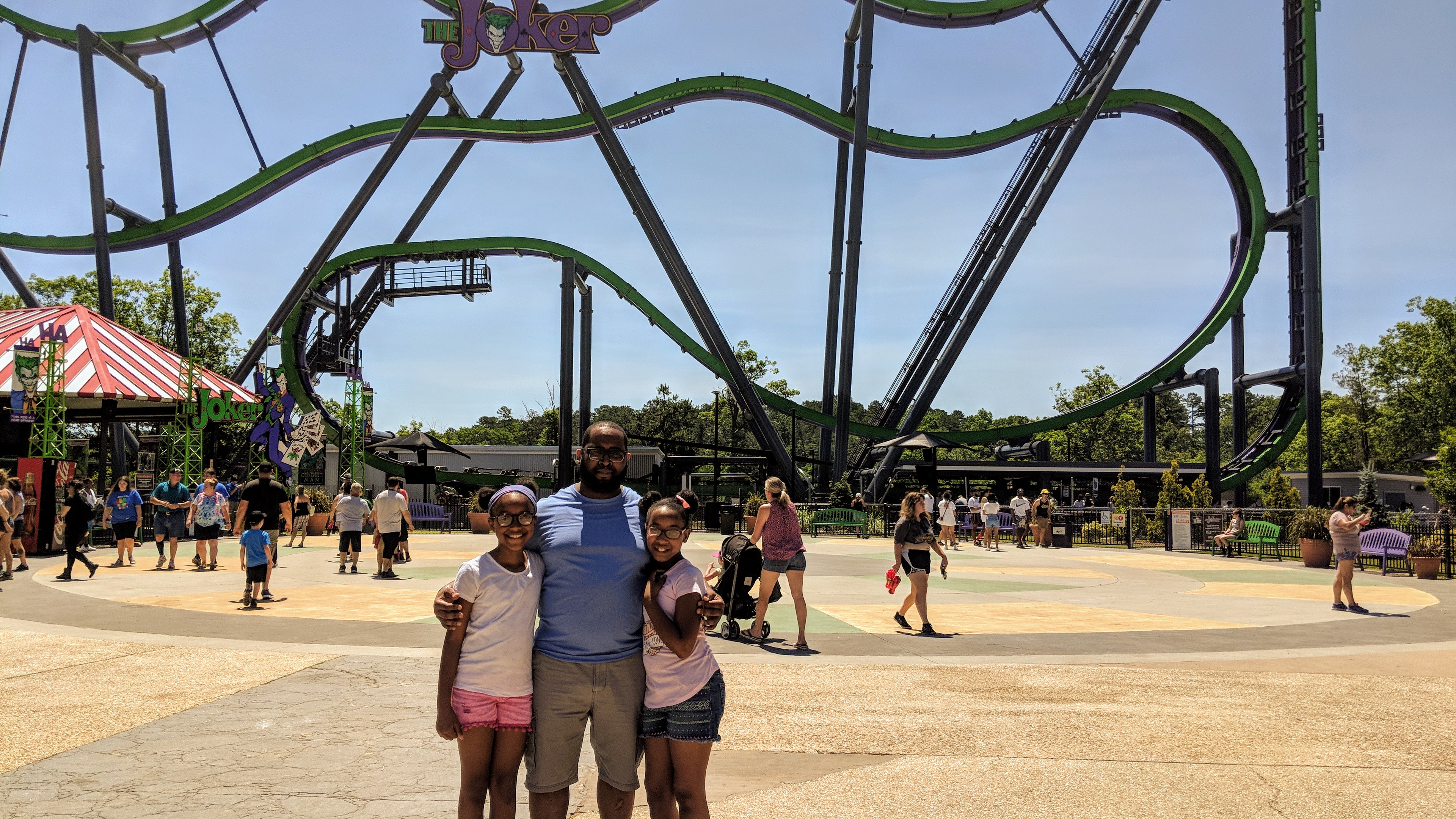 Once in the first coaster we hit was The Joker and man was that one crazy. Not really a long, super high, or fast coaster in itself but it truly earns its name. From there we hit Superman Ultimate Flight, then Green Lantern. To sum up the day, I took down 9 of the top rollercoaster there, the girls did 10 (sorry but I wasn’t messing with CYBORG Cyber Spin! lol). 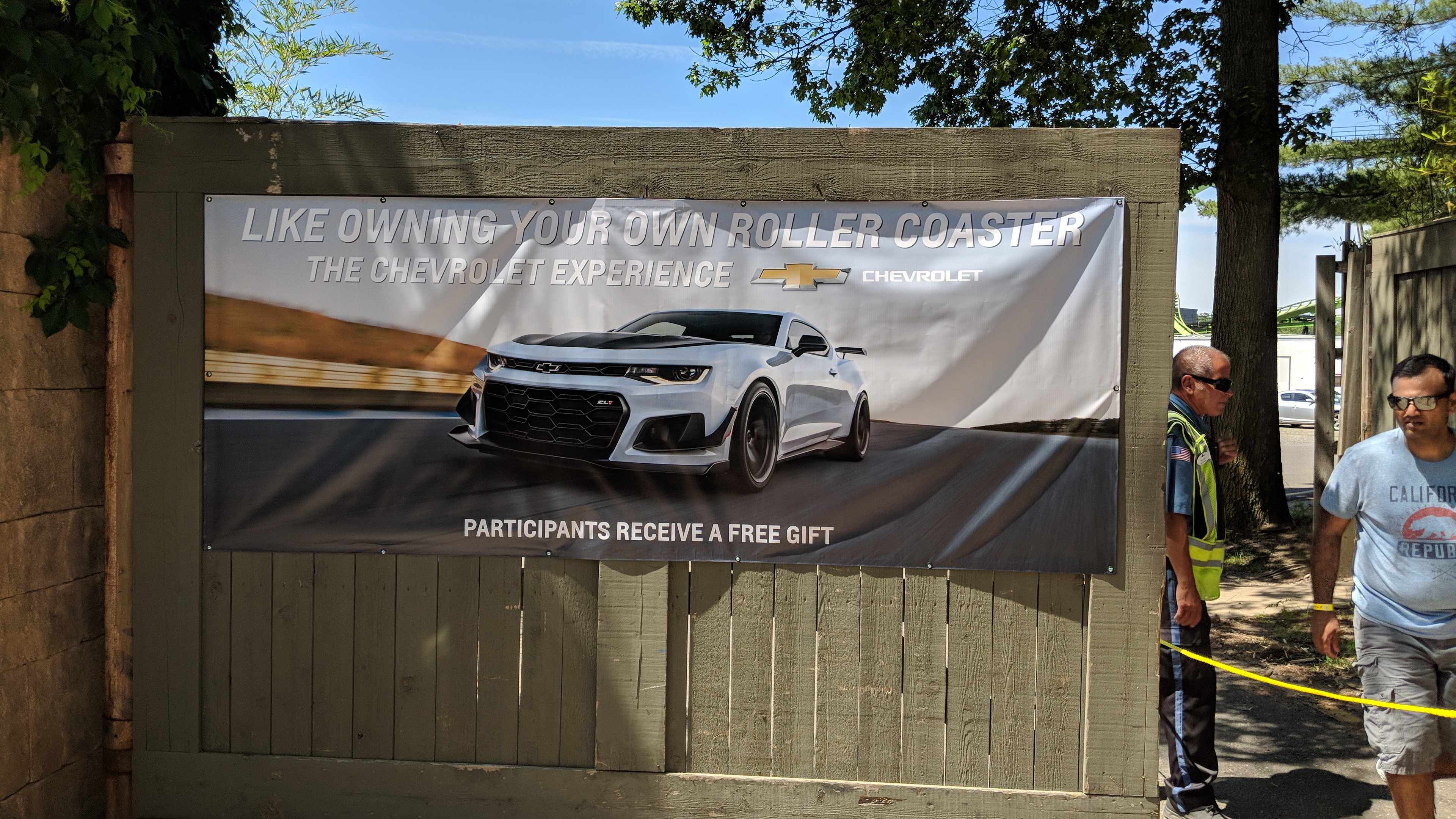 Sometime during that day we actually took a break to eat. As I happened to finish my food first, I decided to wander around while the ladies finished. Wouldn’t you know I came across this during the walk (Chevy I see what you did there, yes I found it haha). I took a little escape behind this fence and found the Chevrolet Experience. Here people got to test out the majority of Chevy’s lineup on a course set up for this. 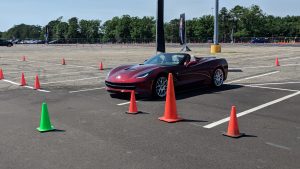 I specifically went to the line for the Corvette as this is probably the only car in Chevy’s lineup we haven’t done a review on (Hey Chevy, we really need to do something about that. I was there when the Stingray was unveiled and I have never gotten to weight in on it! I’m so ready to!). I will say, that test drive was highly short-lived as the course wasn’t that long but it was nice to actually sit in a Corvette Stingray once, definitely eager to sit in….and drive one again!

End To a Great Day! 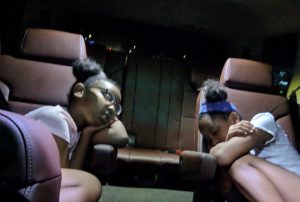 A few more rollercoaster and smaller rides, an animal show, and some souvenir shopping rounded out the day. It was a crazy back to back event and at its end, all were accomplished and truly exhausted it. Good thing those seats in the Chevy Tahoe were comfortable, all passed out asleep of course. Well except for the father haha, I powered on, threw on some BOSE quality powered music and drove us home. Thanks Chevy for the great weekend.

The 2018 Chevrolet Tahoe Premier trim has a starting MSRP of $63,495 [Taken from their Website]. It has 23 MPG a best in class for a V-8 in fuel economy, and available 4G LTE hop spot. It isn’t light on the pocket between fill ups, but if this isn’t a wonder that comfort and Chevy performance features will leave you feeling powered and in control on the road! 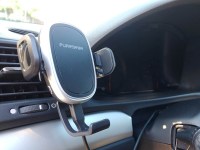 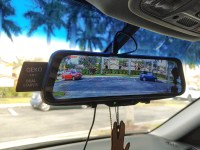