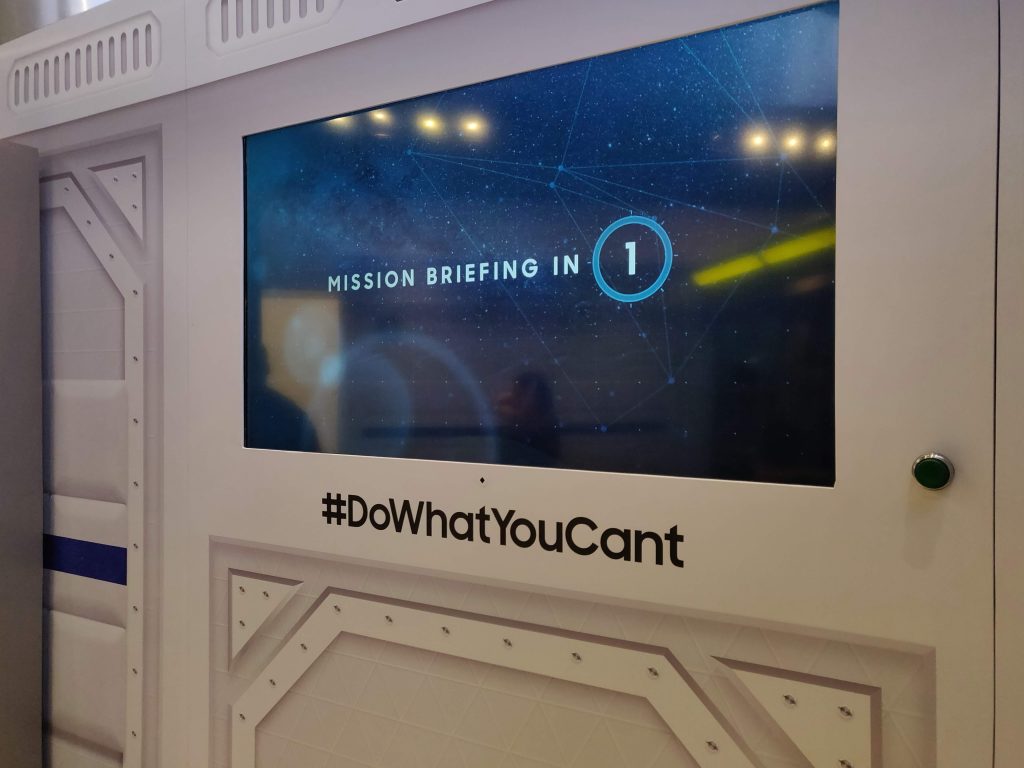 To celebrate the 50th anniversary of the Apollo program that put a dozen Americans on the Moon, Samsung has teamed up with NASA to give you quite a VR experience unlike no other. Samsung wants to use their VR to give you the opportunity to “walk the moon” and go on your other lunar mission right in their Samsung 837 building. 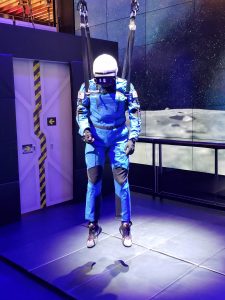 Samsung has redesigned the structure to give you the ability to get briefings and suit up like an astronaut all the way to walking thru those faithful doors. Everything is experienced on a Samsung Gear VR accompanied with the latest smartphone in their roster with the Samsung Galaxy S9+.

It is quite the right being suited up and I mean it’s not a simple throw up on of a jumpsuit. It involves putting on a harness, gloves and the suit. Everything has to be fitted perfectly with no loose areas as you will be hoisted up via cables to relive the walks and jumps on the moon. 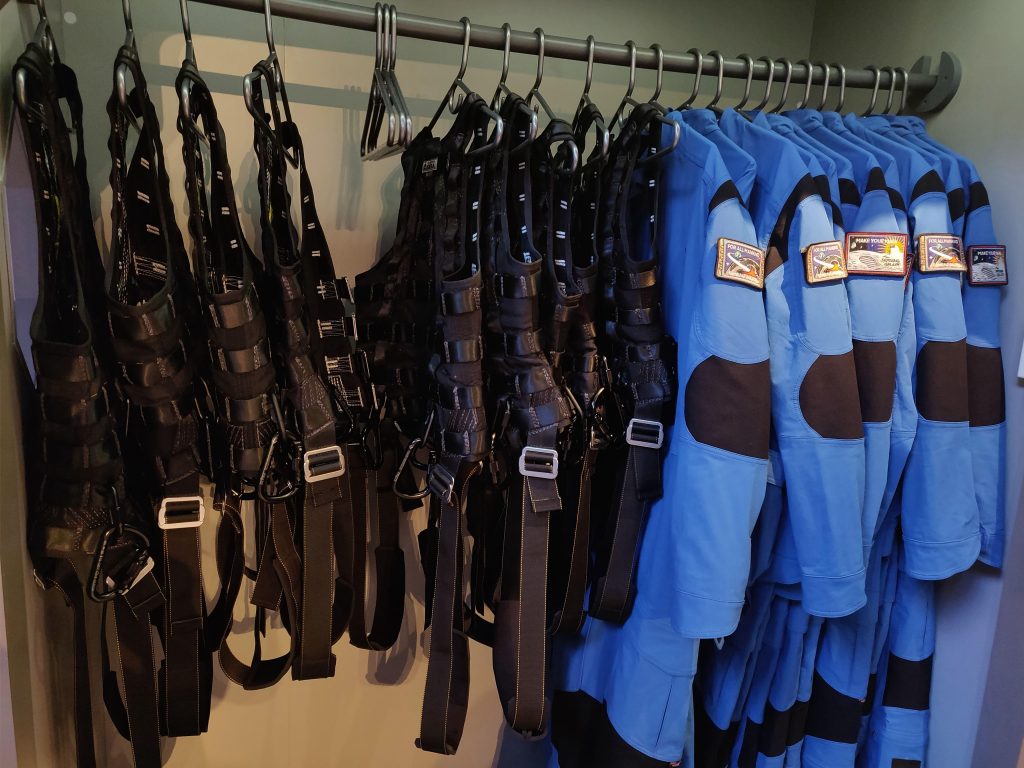 If you are in the NYC area or plan to at some point definitely check out the “Moon for All Mankind” Gear VR Experience as it is free to the public and first come, first serve. If you are lucky you can can catch one of the RSVP times but they go quick. If anything don’t fret as Samsung will be running this installation all the way to July 2019.

Visit 837GearVR for more details or read the presser below…

NEW YORK CITY – July 19, 2018 – Samsung Electronics America, Inc. today launched “A Moon for All
Mankind” (AMFAM), an immersive, consumer-focused 4D lunar gravity virtual reality (VR) experience.
With Samsung Galaxy S9+ and Samsung Gear VR powered by Oculus, consumers immerse themselves in
a visual and physical VR experience that accurately recreates a fictional Moon mission, allowing
consumers to know what it’s like in lunar gravity. The AMFAM experience will be open to the public
starting today through July 2019 at Samsung 837 in New York City’s Meatpacking District.
To develop this realistic lunar experience, Samsung’s rig design team collaborated with the team at
NASA’s Johnson Space Center in Houston behind the Active Response Gravity Offload System (ARGOS)
to create a VR experience which mapped to the actual partial gravity experience of walking on the
Moon. ARGOS is used to train astronauts to operate in low gravity environments.
“At Samsung, we are driven to push the boundaries of innovation and inspire consumers to do what
they can’t,” said Zach Overton, Vice President of Consumer Experience & General Manager of Samsung
837 and Galaxy Studios. “We are proud to bring to consumers the combination of our powerful mobile
VR headset and our innovative work with NASA to launch this lunar experience and bring the sensation
of walking on the Moon to life.”
“Starting this year, we will celebrate the 50 th anniversary of the Apollo Program that landed a dozen
Americans on the Moon,” said Sean Carter, Strategic Partnerships at NASA Johnson Space Center. “With
VR experiences, like the one Samsung has developed, we are working to make lunar missions accessible
to the public and are excited to inspire the next generation of astronauts.”
At the AMFAM experience at Samsung 837, consumers will experience a full space mission including a
briefing and details about how astronauts move on the Moon. Then, they will step into a flight suit and
harness, wearing a Gear VR headset, to experience the lunar mission in the gravity offload rig, feeling
what it’s like to walk on the Moon. The market-leading Gear VR headset provides users an untethered,
ultra-fast, smooth and immersive VR experience. By leveraging the power of Samsung Galaxy S9+ and
the high quality of its Super AMOLED displays, the Gear VR headset uses dedicated sensors and a wide
field of view to help consumers fully immerse themselves in the experience of walking on the Moon.
For more information about AMFAM and to schedule a mission, consumers can go to
www.837gearVR.com. More information on Gear VR can be found here. The AMFAM VR content was

produced by Samsung together with creative agency, Iris, and award-winning creative studio
Framestore. 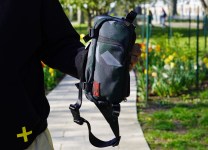