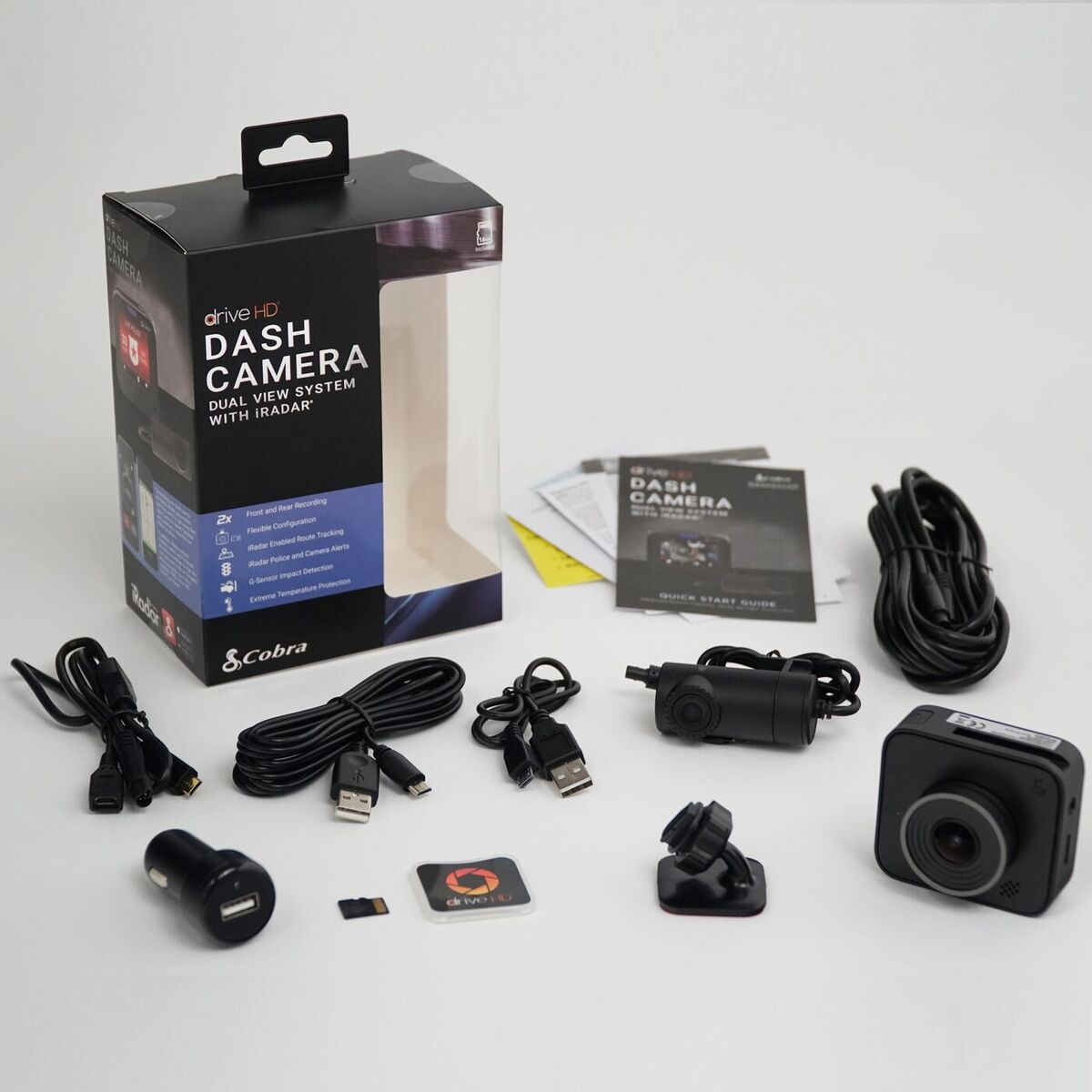 Another day, another dash cam and it seems like this is the year that we’re starting to see dual camera dash cams become more mainstream. I’ve already looked at a couple in the past few months and overall I do like them a lot better than single cam options, aside for the time it takes for a full installation. With that said, the latest dash cam I’m checking out is the Cobra DriveHD Dual View Dash Cam (2316D) with iRadar app integration.

Let’s start with what comes in the kit. The main camera is a little rectangular box, not unlike something like a GoPro. It’s not the smallest I’ve ever seen, but it’s plenty small and can be placed somewhere out of the way without being a distraction. It’s a very clean and well designed looking camera. The second camera is also fairly small and cylinder shaped. It’s attached to the mount and can be twisted around so it can be pointed correctly when mounted. The kit also has various cables including short cable for mounting the 2nd cam facing the passengers as well as a longer cable for mounting it on the rear window. There’s also a 16GB card included.

Installation of the Cobra DriveHD Dual View Dash Cam isn’t really that difficult and it pretty much like any other dual cam system. The main unit is attached to your front windshield using a 3M adhesive mount and the cables can be routed however your like. You can either try tucking them around your windshield or use the shorter cable and just drop the cable straight down to your power source. If you choose to install the second camera, you have to use the included Y-cable splitter and then decide on whether you want to cabin mount the camera or mount it to the rear window. Cables are included for that as well. Mounting it on the rear window will require that you take some panels apart in order to cleaning tuck your wires.

Once everything is installed, the Cobra Drive HD functions like most other dash cams. It turns on automatically when you start the car and will continuously record as you drive. Video clips are recorded in 3 minute chunks and when you run out of space, it’ll overwrite the older videos. The camera will only save videos into a special folder if it senses and “accidents.” The camera will also tag videos with the and time it was taken. However, one odd little quirk is that for the rear cam footage, there was no date or time stamp.

This model of the Cobra DriveHD allows for connection to the Cobra iRadar app on your phone via Bluetooth and is supposed to add GPS data and red light camera information. However, in my tests, I couldn’t get it to work correctly even though I paired the camera to my phone and had the iRadar app open at the same time while driving. 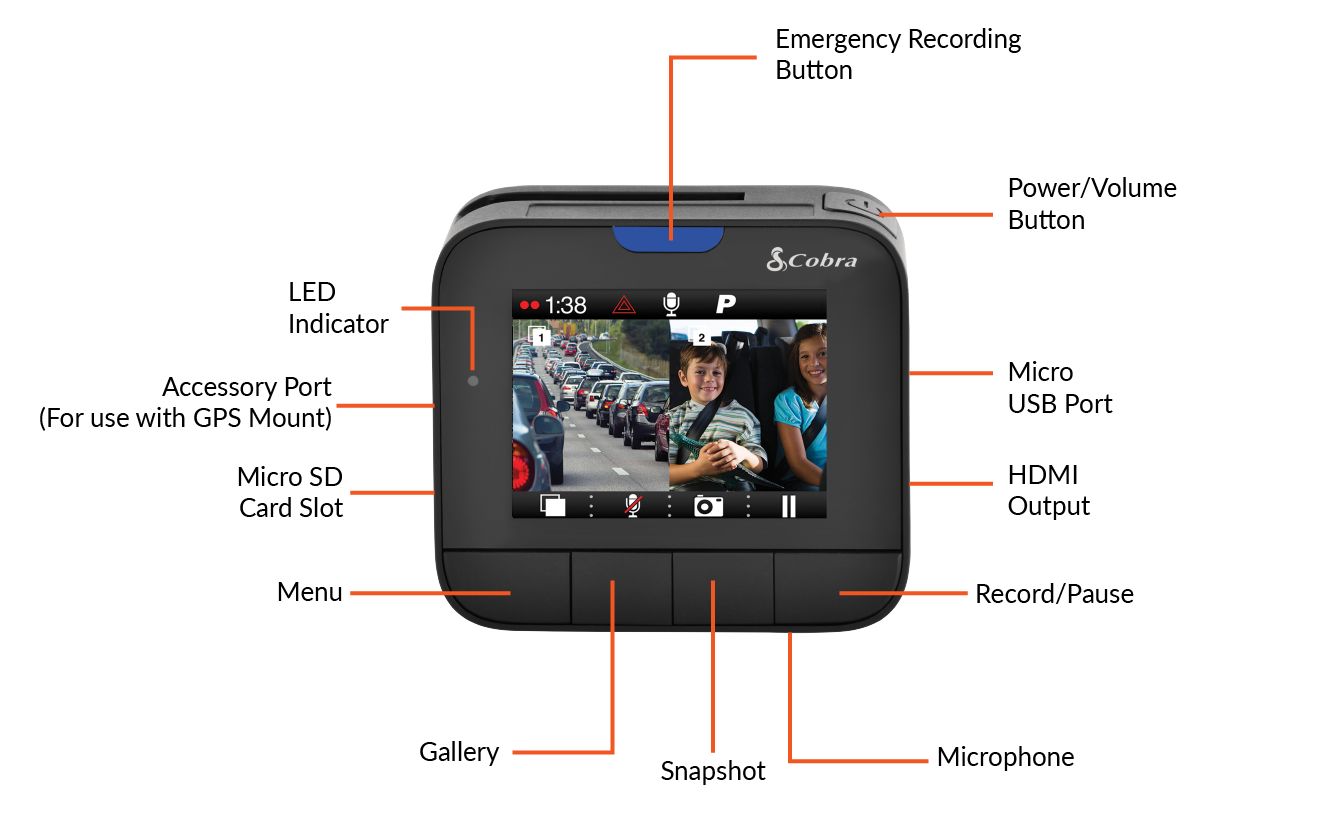 Aside from that issue, the Cobra DriveHD Dual View Dash Cam actually works pretty well with some really easy shortcut buttons on the unit itself. You can quickly emergency record any situation by pressing an obvious blue button as well as snap photos quickly with the press of another button.

With all the said, the Cobra Drive HD Dual View Dash Cam is a pretty solid dash cam. It’s really well made, has most of the features you want and need, and isn’t too difficult to install. Compared to the other dash cams I’ve looked at, it ranks up there with ease of use and features.